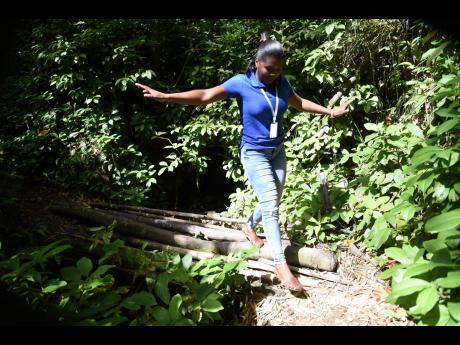 Ian Allen
Crossing over logs to get there. Seeing the waterfall was worth it. 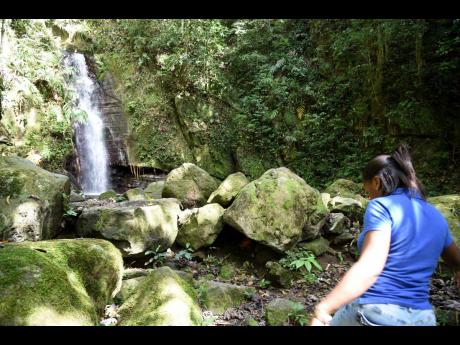 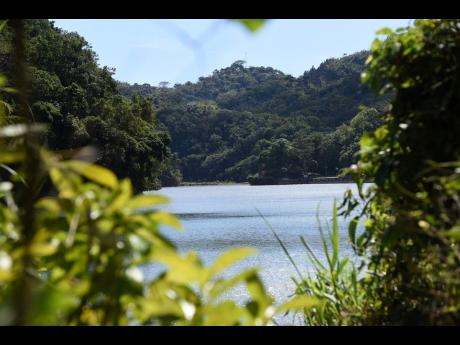 Ian Allen
A section of the Hermitage Dam near the Falling Edge Waterfall in Bowden Hill, St Andrew. 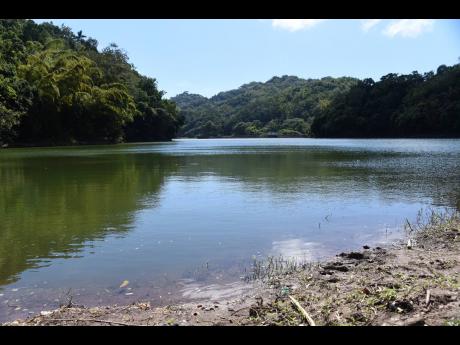 Ian Allen
A section of the Hermitage Dam near the Falling Edge Waterfall in Bowden Hill, St.Andrew. 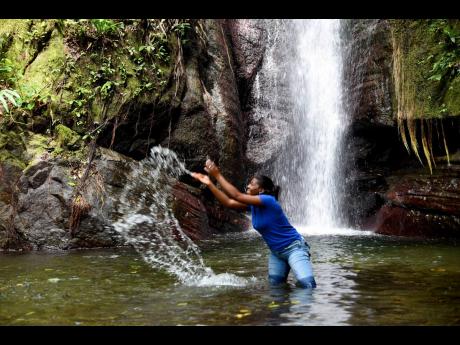 Ian Allen
Time for fun and frolick in the water at the Falling Edge Waterfall in Bowden Hill, St. Andrew. 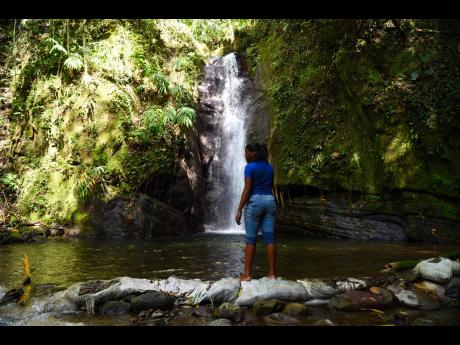 Ian Allen
Vanessa looking out at the water at the Falling Edge Waterfall in Bowden Hill, St. Andrew. 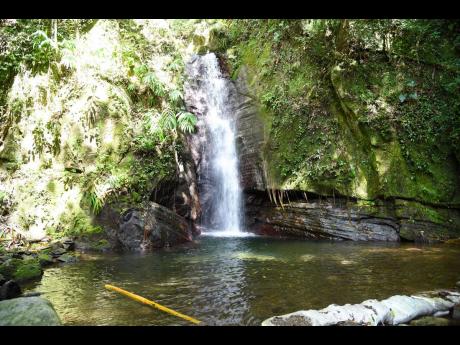 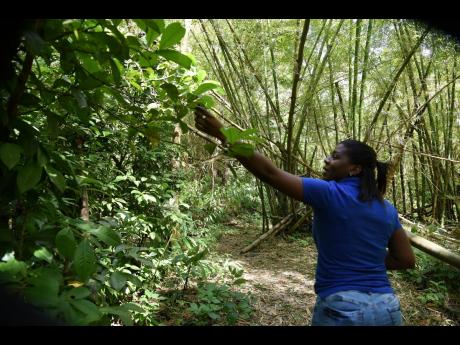 Ian Allen
Vanessa stops to take note of the berries along the path to Falling Edge Waterfall in Bowden Hill, St. Andrew 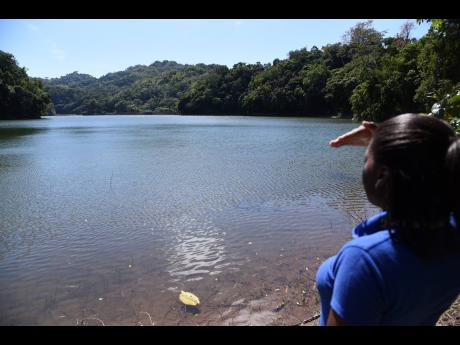 Ian Allen
Vanessa looking out on the Hermitage Dam 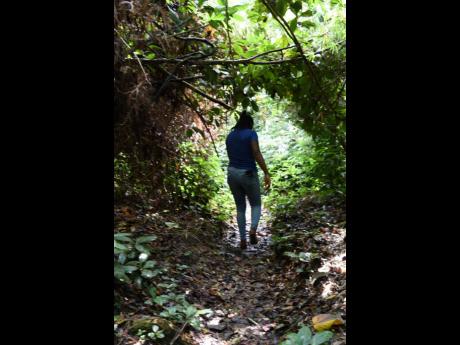 If you believe that the journey is just as important as the destination, and you are in need of a connection to nature, then the Falling Edge Waterfall in Bowden Hill, St Andrew, is the place for you.

The small but tranquil waterfall is off the beaten path, nestled in an alcove surrounded by trees and greenery, with the sun only sneaking through the leaves when they blow in the wind. This treasure is mostly untouched by man, and is perfect for relaxation and frolicking as it is so perfectly hidden.

Before starting the journey to the waterfall, there was a concern as to whether we would actually get to the destination, as the bridge along the known route in the community of Airy Castle had collapsed last year. However, off we went to Stony Hill Square, where we took a right turn and followed the road, passing residents of the community going about their businesses or just hanging around.

As we went further and passed the sign to Boone Hall Oasis and Struan Castle Gardens, the vegetation got thicker and the road started to become narrower. Soon, we got to the bridge and it was exactly what we had feared; the bridge was still out. Thankfully, there were men hanging out at a shop, and after having a conversation with them, one of the men directed us to a detour.

The detour took us down the path where the Boone Hall Oasis and Struan Castle Gardens are located, crossing a now dry riverbed and driving along a rugged path until we got to the asphalted road. Following signs pointing to Bowden Hill Primary and Infant School and the Falling Edge Waterfall, with each turn we were that much closer to our destination.

Soon we were at the school gate, where we parked and got ready for the short hike through the path worn by constant use. Crossing over logs, passing trees, other vegetation and unfamiliar berries; climbing rocks and skipping over tree roots brought back childhood memories. Just when I was starting to get tired, I could hear the rushing of the waterfall; we were close!

We continued our hike and when we least expected, there was an opening and the fall beckoned me over to take a dip. The water was cool, and as clear as glass, straight to the riverbed.

It is not very deep, so it is safe for non-swimmers. There was evidence that persons who had visited the falls before had cooked there. The issue residents of the Airy Castle community is having though, is that people who visit tend to leave their garbage behind, and this washes into the Hermitage Dam.

On our way back through the path, we heard another rush as if there was another waterfall hidden, so we took a detour and followed a track that we thought would head in that direction, only to be surprised when we found the Hermitage Dam. That was a surprise, as neither of us knew we were that close to the much-talked-about water catchment facility.

The hike back seemed shorter and was filled with chatter of what we saw and how we felt being in the hidden, almost private, alcove of Falling Edge Waterfall.