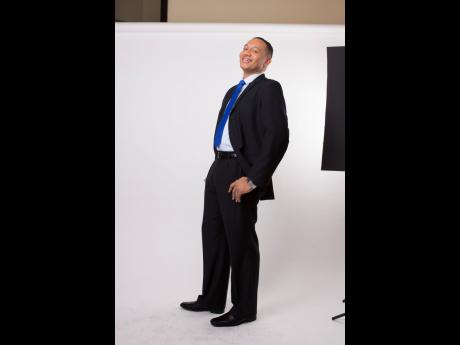 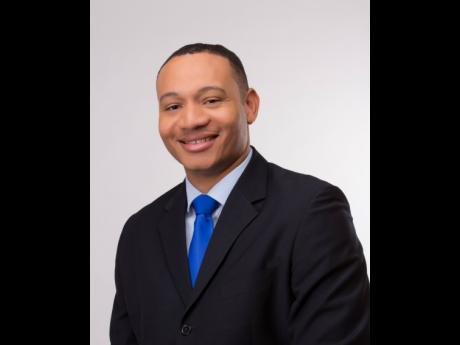 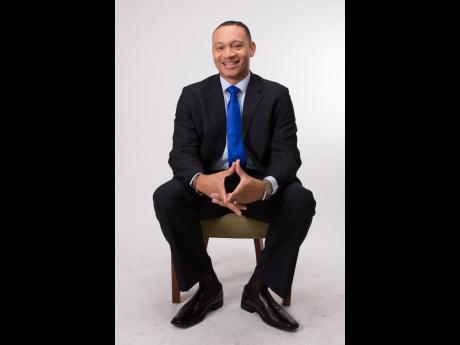 SOME STILL hold the outdated view that no woman can raise a boy to become a man of substance, but Alwayne Cousins easily dismisses this patriarchal viewpoint, as he says he stands today on the shoulders of two matriarchal giants.

Cousins will proudly tell you that his mother and grandmother were integral in shaping the man he has become.

His life took the twists and turns of a boy who always had a plan in his back pocket and a dream for betterment.

Losing his father when he was only five years old, sets the stage for Cousins’ matriarchal upbringing, which he describes as structured in an environment of love and support.

He fondly remembers his grandmother, Lola DeSouza, who passed in 2016, as a no-nonsense woman who ensured that he and his sister received godly nourishment by their Anglican upbringing.

“We were brought up in the Church. We went every Sunday. I was involved in the youth fellowship, eventually becoming president of the youth arm.”

Having lost his father and wanting to be an example in his family and community, the youngster from Kemps Hill, Clarendon, decided from an early age that he would set himself apart and always strive for excellence.

“One of the things that pushed me to take care of my family was to ensure that I didn’t fall by the wayside because of the stigma attached to children without fathers. I tried to ensure that didn’t happen to me.”

Cousins’ journey started at Clarendon College before he landed a job in the mailroom as a clerk at Victoria Mutual Building Society (VMBS).

“I had to forego attending sixth form because I wanted to ensure that there was funds in the house. I also didn’t want my sister to not have the option of going directly to university. So I started my first job at VMBS.”

Learning the ways of Mortgage banking

While at VMBS, Cousins’ work ethic and his curiosity and passion for the job were noticed by his supervisor, who offered to help him learn the ways of the mortgage bank.

Two years later, Cousins, now a teller, put a tick beside the first of the many goals he would accomplish. Next on the list was acquiring his first degree.

Entering The University of the West Indies, Mona, for an undergrad degree in accounting was the easiest part of his journey to tick another goal, but work and travelling to study quickly became an arduous task.

“My supervisor at the time, Miss Scott, God bless her, would allow me to take my lunch early, and finish my work early, so I could leave May Pen to take the bus to Kingston for school. However, when I realised that travelling back and forth from May Pen to Kingston was taking a toll on my body, and I couldn’t deal with it, I eventually made the decision to move to Kingston.”

The relocation took two years to materialise, as Cousins had to wait for a job opening, which he got at the VMBS branch in Half-Way Tree.

While the commute was easier, working while studying and finding time for self-care was a struggle, but he pressed forward and finished his degree.

Always with his eyes set on upward mobility, Cousins accepted a job at Jamaica Money Market Brokers (JMMB) as a financial adviser, and though cautious about the move, he was passionate about changing gears and saw this opportunity as a set-up for something more.

“I tendered my resignation from VMBS and said, ‘JMMB here I come!’ I started out as a client relations officer, and again I said to myself, I’m not going to be in this position for more than three to four years. I’m going to have to move up.”

In his drive to become more marketable and not be limited to Jamaica, Cousins pursued a master’s degree in business administration (MBA) from Florida International University through the University College of the Caribbean.

While furthering his education and building his client base, he was promoted to a position that saw him interacting with high net worth clients.

Four years after learning about serving corporate clients, and with an MBA under his belt, a managerial position for the corporate team presented itself.

Now 12 years at JMMB, with five of them as head of corporate solutions, Cousins has a team of 12 under his leadership.

His success is not only measured by his professional gains, but also by his dedication to his family. He has always had a strong bond with his mother and sister and makes sure they have all they need.

This proud #girldad also prides himself on cultivating a great work-life balance so he can spend quality time with his two daughters.

“Because I didn’t have the opportunity of growing up with a father, I ensure that I find myself in a financial position to provide for my daughters, while giving them that fatherly love and protecting them. I’m involved in every activity in their lives. Even while I was doing my master’s programme, with a hectic schedule, I’d still be at their dances, and taking them swimming on a Saturday.”