Marian Allen: A believer in the spirit of volunteerism 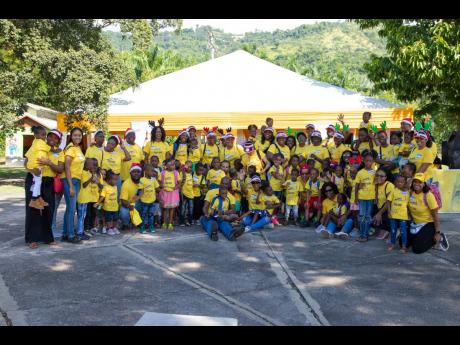 Marian Allen (far left), joins Desnoes and Geddes Foundation members along with the teachers and students of Callaloo Mews Basic School at the 2019 Christmas Treat. 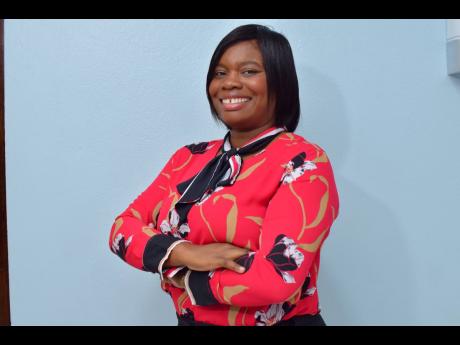 ‘VOLUNTEERS DO not necessarily have the time; they just have the heart’ is a quote that rings true for 39-year-old Marian Allen, an avid believer in the power of giving back to the community. Hailing from the rural district of Coleraine Pines (formerly Agualta Vale) in St Mary, Allen understands the hardships that come with limited resources.

“I’ve been there, trying your hardest to make it with what you have. I did well in school, and my parents were always trying to make ends meet,” said Allen. “It is easy to feel defeated when it seems like there is no way out. But it is in those dark times you have to turn on a light.”

Allen recalls her first opportunity to bring sunshine to a cloudy situation back in 1997, when a child in her community needed financial assistance to get through school. The child’s plight mirrored Allen’s own past and her parent’s inability to afford sixth form or university right after high school. It forced Allen to go job-hunting at the tender age of 17. The light at the end of the tunnel came through St Mary Beverages, where she landed a position. But by 2001, changes in the company created anxiety for the St Mary native.

“I wasn’t sure what was going to happen next. I was worried and looking forward to retaining my job and financial independence. Luckily, during the transition period, I was recommended to Red Stripe by the proprietor,” explained Allen.

The opportunity allowed her to pursue tertiary education, which earned her a management studies degree from the University College of the Caribbean and an MBA from Sunderland University. Now, as process and control improvement manager in the company, her responsibilities include risk management and internal audit.

Over the years, as she built a career, Allen never neglected to offer support to those in need through personal projects and her church. She recalls a most meaningful outreach mission with her singing group in 2014, when they took on the mammoth task of cleaning, decorating and donating new linen and other items to a partially blind elderly man and his ill son in Rock Pond, Red Hills, in St Andrew. “It was a great feeling. But most of all, it was the expression of joy on the gentleman’s face,” she said.

Allen also volunteers with the Desnoes and Geddes Foundation, Red Stripe’s philanthropic arm. In addition to funding skills training and community development projects, the foundation gives employees the chance to participate in activities like the 2019 Christmas treat for the Callaloo Mews Basic School, one of Allen’s most memorable events.

“We took the children to Hope Gardens so they could enjoy the rides and have fun outside of the classroom. The children enjoyed themselves so much! And for me, it was a humbling experience. I was moved to tears when the principal shared how she had been planning to take the kids on an excursion for about five years, but had not been able to because of lack of funds. For many of the children, it was their first time leaving their community. I am happy I could be a part of that,” she declared.

D&G Foundation board member Dianne Ashton-Smith noted that Allen embodies the spirit of the organisation. “Her commitment to enriching lives and impacting communities is the very essence of the foundation. Her cheerful spirit and willingness to serve is an inspiration to other volunteers.”

With the personal mantra, ‘I refuse to live a meaningless existence,’ Allen manifests her belief in serving others whenever and wherever she can, often creating opportunities to give rather than waiting for one to present itself.

She expressed, “There are lots of things I enjoy doing, but none as important as giving my time and resources to improve someone else’s life. Building communities, transforming lives and contributing to society is unparalleled! Giving is ingrained in my DNA.”