Monique Powell: The angel behind QuickPlate 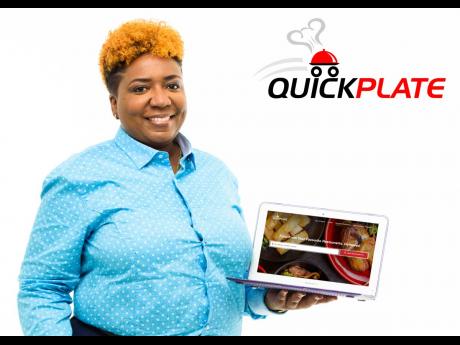 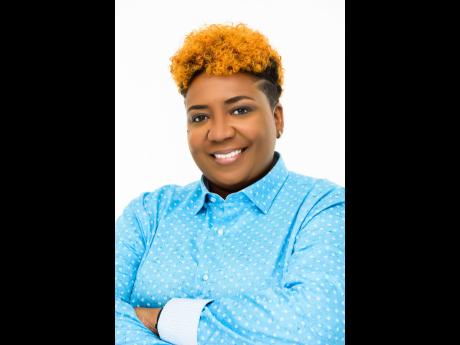 BEFORE BECOMING a business owner in 2016, Monique Powell spent about 15 years helping companies of all sizes leverage the Internet. She started out as a freelance web and graphic designer, then did a seven-year stint at The Gleaner Company as an Internet specialist.

An opportunity came up at Digicel that allowed her to marry her interests in web development and marketing, and she spent a year and a half with the telecommunications giant before moving on to Scotiabank, another well-known regional company. She moved up the ranks over the course of five years, from digital marketing manager to marketing manager to regional marketing manager, with a focus on digital marketing. In all three positions, she was responsible for the English-speaking Caribbean. With such major roles came many responsibilities, so Powell would often find herself working late and getting home at night, too tired to cook herself dinner ––not that she was a big fan of cooking in the first place.

Tired of ordering pizza, Powell began to toy with the beginnings of an idea – what if there was an organised, centralised way to order food from different restaurants and have it delivered?

“I spoke to some other people to find out, one: if this is a problem they had, too, and two: whether they would be willing to pay for somebody to fix that problem for them. Based on the responses, I figured there was a business opportunity there,” she said. “The discovery of that business opportunity coincided with a time where I felt like I wanted to move on from my job and explore something else, so there came the birth of QuickPlate.”

With her business idea firmly in place, shored up by her market research, Powell began deploying the experience garnered from her professional background, spanning web development, e-commerce and marketing, to get the company off the ground. She was the creative and technical director working with a team of freelancers to build the website, myquickplate.com, and other brand material. While doing that, she was also busy securing partnerships with restaurants, putting together her own team of delivery personnel, and getting the word out to the public that they now had another option for food delivery.

“To be honest, I did a lot of it alone. In hindsight, I probably would have solicited the help of more seasoned and experienced persons, but a lot of the initial business planning and work that went into getting the business off the ground, it was pretty much just me sitting down several hours a day trying to get it all going,” she said. “After about a year or so into the business, I started tapping on a couple of other businesspeople for advice and persons whom I thought could provide some insight.”

When QuickPlate launched in March 2016, it only had five restaurants on board as options for users to choose from. Now almost four years old, the company has established partnerships with more than 60 of Kingston’s best restaurants and is firmly on the radar of Corporate Area-based foodies who want to enjoy a nice meal but don’t have the time or inclination to cook it.

Like many other entrepreneurs, Monique’s initial funding came from her personal finances. She had put together a decent amount of savings by the time she departed Scotiabank, and although she knew it wasn’t an infinite sum of money, it seemed to dwindle much faster than she had expected.

That was much easier said than done as one by one, the financial institutions rejected the company’s loan applications – even the bank that processed all of QuickPlate’s payments.

At that time, she wasn’t thinking about seeking an angel investor, but fate somehow intervened. “I can’t even remember where the invitation came from, but fast-forward a little bit to August 2018 and I got an invitation to attend an investment readiness workshop sponsored by the Development Bank of Jamaica that was run by Sandra Glasgow,” she recalled. Glasglow is the co-founder and manager of FirstAngelsJA, Jamaica’s first angel investor network, which had been established in mid-2014. “During the course of that workshop, I started to learn more about angel investing and started to see it as a possible avenue that we could take in terms of raising capital to sustain and grow the business.”

Still, Monique had a fear that is common among entrepreneurs: that somehow, the investors could end up taking the business away.

However, the information shared at the workshop helped to clear up any misconceptions she had and put her mind at ease, clearing the way for her to accept the invitation to pitch to the investors.

Following her successful pitch, several of the angels came on board and after a few months of due diligence processes, QuickPlate received the investment in February 2019.

With QuickPlate now well entrenched in Kingston, the team has turned its attention to the Sunshine City of Portmore, St Catherine, where operations started near the end of 2019. The plan is to have QuickPlate operational in every major metropolitan area in the island within the next three to five years.