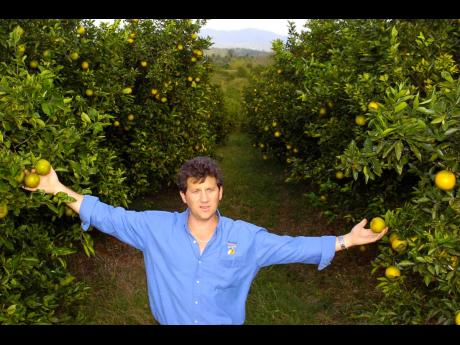 Contributed
A young McConnell in his company’s orchard in St Catherine. 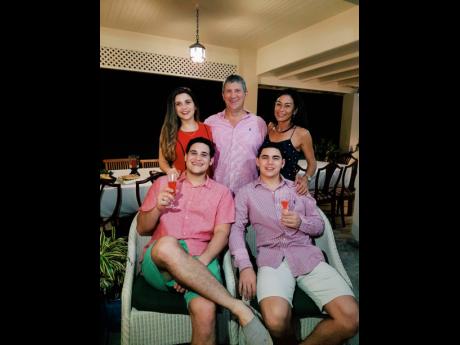 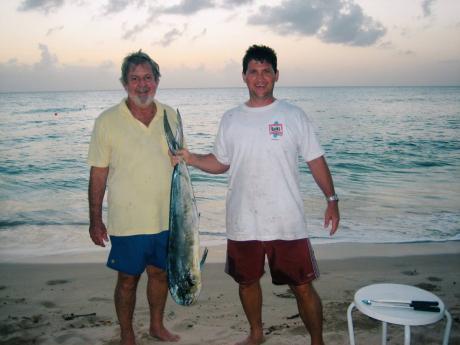 Contributed
McConnell with his father in Barbados in 2007 to watch Brian Lara’s last season. 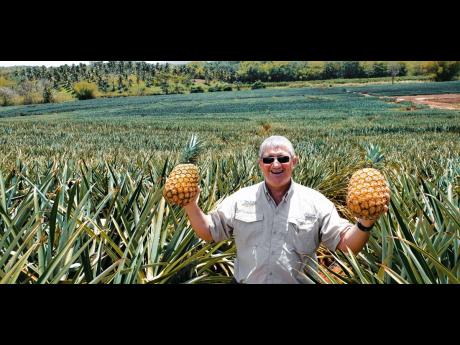 Peter McConnell has been working in his family’s farming business since 1988, when he graduated from Texas A&M University after studying soil and crop science. As an adolescent, he worked closely with his previous generation of family members, who were pioneers and visionaries in the agriculture industry.

“My father, who was my ultimate role model, introduced me to the world of agriculture from a very young age. We have always lived on a farm, and when I was younger, we would visit a banana farm in Portland, which, in those days, took about three hours to drive to from St Catherine. For me, it was the perfect time for us to bond. I also used those opportunities to see how my father treated others and observe his business ethics,” shared McConnell, managing director of Trade Wind Citrus Ltd.

During his more than 30 years in the business, McConnell has seen it grow from a simple sugar cane farm in the 1980s to now being the leading citrus farm and juice manufacturer in Jamaica. It, however, has not always been an easy road. Throughout its history, the company has been hit by two devastating diseases – Citrus Tristeza Virus and Citrus Greening – that have wiped out over 2,000 acres of the orchards.

As with many family-owned businesses, there were also issues that McConnell needed to address to ensure that the company continued to be owned and operated by relatives. To achieve this generational transition, there was a change in the shareholding status in 2012, which put Peter McConnell firmly in charge of the business. He has described the last eight years as being “extremely challenging and rewarding. I gained a lot of grey hair and sleepless nights, but also a lot of wisdom as well”.

STRENGTHENING HIS BOND WITH FAMILY

With this pivotal transition taking place, McConnell always found time for his family, who recently have all been rallying around his youngest child, renowned race car driver, Fraser McConnell. Fraser, last year, won the prestigious Americas Rallycross Championship at the tender age of 21. “There were some events he didn’t do well in, so we were always anxious before every race, especially on the morning of the final day. It was a very proud moment for all of us, as family members and Jamaicans, when he won.”

Much of what motivated McConnell to be so active in the lives of his three children is the great relationship he had with his father, David McConnell. “My father was very active in my life. I remember one time, he came to my school, Trinity Prep in Linstead, where he played in a father-versus-son football match. Of course, they won, but it was fun. As an adult, our lives were completely intertwined, as I worked with him in the family business and lived within walking distance from his home. He was my mentor and my confidant,” McConnell said with passion.

McConnell also modelled many of his parenting techniques off his parents. “Stephanie [wife] and I often discuss how each of our kids take different traits from each of us. Thankfully, my daughter Rebecca has her mother’s good looks, but she is a deep thinker like me. I am very proud of her achievements, especially her four years working with Food For The Poor as the field manager in 11 countries across the Caribbean and Latin America.”

Even though he is a loving father, McConnell refused to expose his children to nepotism or a false sense of entitlement. This was most evident with his first son, Stephen, who was seeking employment with him after finishing university. “He wanted to join the family business straight out of college, but I wanted him to get some work experience elsewhere and learn about the real world before joining the company,” said McConnell.

This gesture took an ironic turn three years later, when he felt that his son was ready and he offered him a job. “At this point he was doing so well in his profession, he turned down my offer for a more lucrative job in the wealth management field. Either way, I’m really proud of him.” said McConnell.

DEALING WITH HIS HARDEST CHALLENGE

Part of parenting for McConnell and Stephanie, his wife of 30 years, is to ensure that their children strive to do their best and to always take responsibility for their actions. These principles were instilled in him by his own father, right up to the point of his retirement at age 70 in 2008.

As his father got older, McConnell had to deal with a new challenge. “A couple of years after retirement, my father was diagnosed with Parkinson’s disease. The deterioration was slow, but as time went by, we couldn’t do a lot of our usual activities together. It was sad to see him slow down, and it was also very frustrating to Dad.”

Everything took a dramatic turn for the worse when in April 2019, McConnell’s father had emergency surgery to address an intestinal complication, from which he never fully recovered. The family did everything they could to get him the best medical attention, but his situation did not improve and McConnell’s most heart-rending moment came when the doctors told him that they could do nothing more to help his dad.

“The last time Dad and I consciously spoke, I held his hand and told him I was going to take care of everyone. He looked into my eyes and nodded, because he and I knew the inevitable.”

With the passing of his father in October 2019, McConnell has placed an even higher priority on his family sticking together and leaving a stable future for them. “My Dad’s passing has made me think a lot about succession and making sure that my house is in order, because none of us knows when our time is up.”

With one chapter closing, another one will be opening soon, as he mentioned with great pride that his daughter is planning to get married this year. However, the COVID-19 pandemic may cause a delay. “It is every father’s dream to see their daughter get married to a decent young man. Wedding plans are in high gear and we are really looking forward to the big day,” McConnell said.