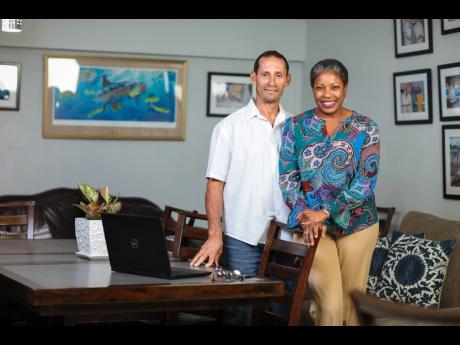 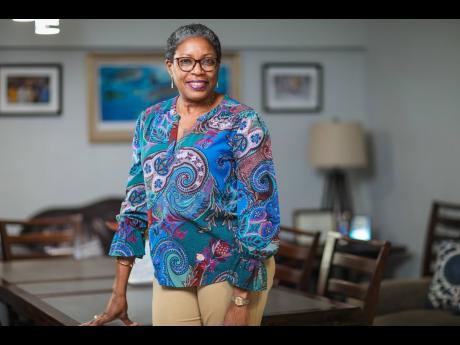 AS A child, Andrea Cowan was bright and optimistic, and always liked to put on a show for her friends when she was not working at her parents’ business after school. “My mother was the bookkeeper of the business, so from a small age I was doing entries for reconciliation or payroll,” revealed Cowan.

She revelled in this period, as it gave her time to bond with her mother, a devout Christian, who was also the disciplinarian of the family. While this exposure helped to develop her business skills, she also had a penchant for the arts, which was showcased at her alma mater, The Queen’s School. “I always did drama pieces and joined the school choir because from an early age, I believed in self-expression.”

This continued until lower sixth form, in the early 1980s, when the political tribalism in Jamaica had reached a climax. “My father felt like the atmosphere wasn’t a safe one for us, so he stayed here to work, while sending my brother, mother and me to Atlanta to live.”

In the United States, 16-year-old Cowan started to hang out with her pro-Black uncle, Reverend Winston Lawson, who was a preacher. He encouraged her to continue doing her arts studies, but to do so at a historic black university, which for her was Spelman College.

By the time she was almost finished with her degree programme, Cowan was faced with making a life-changing decision. “During this period, my boyfriend, Peter, proposed to me and encouraged me to come back to Jamaica and start life together.”

Captivated by his charm and confidence, she got married and moved back to Jamaica, where she returned to her family business, as well as started her own side hustle. “I would work during the days and at nights and on weekends, I would sell shirts, Ebony Prints, to hotels. We had a little Toyota Starlet at the time and we packed it up on Fridays and headed out.”

This taught Cowan a vital rule about business. “It is extremely important that you deliver on your promise. If someone orders five shirts for Monday, it must be delivered by Monday,” she advised.

Cowan continued her business until the early ’90s, when her mother-in-law expressed an interest in her joining the family’s food distribution business, Lillan. This move saw Cowan jumping from one family business to another, which she had very little knowledge about at the time. “It was a new experience for me, but I am not one to become flustered or fearful. Plus, my mother-in-law was terminally ill at the time, and she showed so much faith in me running the business.”

Within a short span, Cowan started seeing success, as she helped the business to acquire some meaningful contracts throughout that decade. At the dawn of the 21st century, she was faced with a challenge that struck close to home. “My mother, who was only 65 years old at the time, was running an errand at the supermarket when she fell and compressed a disc in her spine. At first, we thought it was nothing serious. Then we found out it was a very unique form of multiple sclerosis. It was hard on us, because her body started to degenerate, to the point where she could not walk.”

This episode allowed Cowan to see her father in a new light. “He was always a leader. However, this experience put him several notches higher in my book. When Mom got so ill, to the point where she couldn’t use her hands, he would style her hair and do everything to maintain her dignity.”

While this took an emotional toll on Cowan, she had to persevere for her business and its 46 employees. In 2005, Lillan was hit with a major setback when their 40-foot container was stolen from the premises. “I got a call at about 1 a.m. in the morning, stating that my employees have been tied up and thieves have stolen US$100,000 worth of goods.”

Fortunately for Lillan, their goods were insured and they had a strong relationship with their suppliers. Since then, the company has steadily been growing and is now distributing foods for companies like Caribbean Broilers and Best Dressed Chicken.

As for Cowan, she has added a new way to express herself through kickboxing, which, she said, also helps her to concentrate. “Now I have someone come at the office to help us work out. It takes a lot of energy, but it is a great stress reliever and builds your ability to focus mentally.”