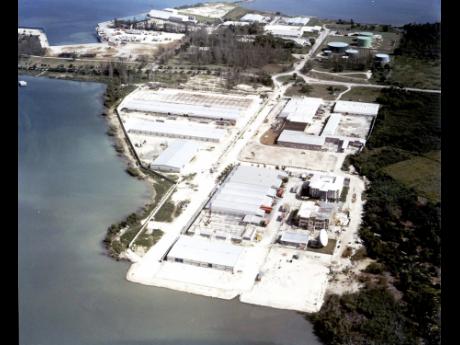 Local shipping interests have thrown the combined weight of their support behind comments made by chairman of Jamaica's Trade Facilitation Task Force, Pat Francis that the current amendment to the Customs Act has missed the mark as a bill intended to modernise and facilitate increased trade competitiveness.

Instead, according to the industry's lobby group the Shipping Association of Jamaica (SAJ), the Bill has only enhanced the powers of the Commissioner of Customs to levy increased fines within an archaic framework that does little to enhance Jamaica's global marketability as a modern, viable economic transhipment hub.

At a recent Trade Facilitation update meeting with technocrats and ministers of government, Francis, who heads the task force which acts as liaison between the Government and the World Trade Organisation (WTO), is reported to have urged a rewrite of the Customs Act of 1942. She laments a heavy leaning towards increased revenue collection in the revisions currently set for debate by a Joint Select Committee of Parliament.

Additionally, the SAJ noted that the process of consultation by the Jamaica Customs Agency (JCA) on this Bill was fraught with difficulty and that it supplied several versions of the amendments which were carefully reviewed and researched, notwithstanding the sometimes unreasonable time lines for responses given by the JCA. Despite this, each version of the amendments from the JCA included new proposals that did not form a part of previous drafts.

"In fact, the latest version of the bill has deleted much of what was initially proposed by the JCA and includes some new provisions that did not form part of our stakeholder consultations. It is on this basis and in light of the time and effort invested by the SAJ that stakeholders expected more fundamental changes to the Act," noted the SAJ.

SAJ general manager, Trevor Riley said that recent press statements by the Commissioner of Customs have been less than candid. For example, a statement that the shipping industry's points have been considered in the new draft is not supported by the evidence.

"We have been shown documents which did in fact include positions that we raised and which Jamaica Customs told us they had accepted and which would form part of the current amendments. Now we are being told that the major changes to which they agreed will be taken in a future process which will consider the Special Economic Zone legislation. They are not saying that they disagree with us, but they keep postponing without naming a date to implement the changes that they agree are necessary to the establishment of a logistics hub," Riley argued.

The association questions why the opportunity is not being embraced to include those changes in the current Bill which goes before the Joint Select Committee of Parliament.

Riley also voiced the SAJ's abject dismay with the direction and focus of the Customs Act revisions with the  resulting proposals seeming more punitive in nature, rather than facilitatory, and crafted to dramatically increase the powers of the JCA to extract revenue through fees and penalties.

"If an investor is looking at Jamaica with a view to setting up investment here, to take advantage of this proposed (logistics) hub, one of the first things they are going to do is ask the lawyers to go to the law. And anybody who looks at what is available and what is being proposed is going to have to take a second look. What is being proposed as amendments to the Act, as they are now, are not amendments that will facilitate the (logistics) hub. They are amendments that will increase the fines, and increase the power of Customs to generate revenue rather than facilitate the movement of cargo", he argued.

In its formal comments on the Bill, the SAJ pointed to the proposed increases in penalties under the Act, with most being arbitrarily raised in excess of 100 per cent to $1,000,000. This has serious implications for the varied operators/importers/exporters who could well be put out of business by the imposition of such penalties for minor data errors, or for a failure to submit information within a prescribed time.

For example, the new section 222A introduces a provision whereby the commissioner may require the production of documents and records. A person who fails to do so within 14 days faces, upon summary conviction, a fine of $2,000,000. The SAJ noted that in some instances, original documents may have already be in the possession of Customs, making  any subsequent demand for them to be provided, unreasonable.  Additionally, the court is not even given the option to take into account the circumstances and impose a lesser fine," argued the association in its submission.

The SAJ has also consistently observed that the offences and penalties in the Act do not make allowance for innocent mistakes, in keeping with best practice around the world.

"As part of the day to day operations of its members, even with the detailed policies and procedures, automation of processes and continued retraining of staff members, unintentional mistakes that are not meant to defraud the JCA of revenue can and will happen," the SAJ argued.

Having taken an active interest in the amendments to the Customs Act the, SAJ says it is disappointed that instead of using a holistic approach to the amendments with a view to updating, simplifying and restructuring the legislation, the end result of the process is far removed from that the legislation has not been modernised and simplified as was promised.