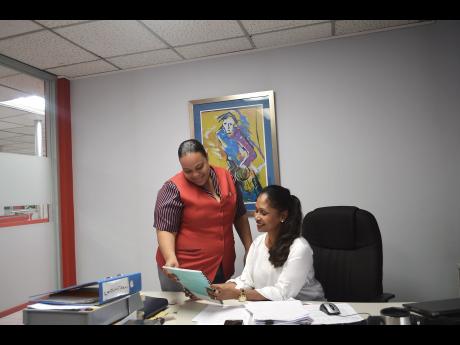 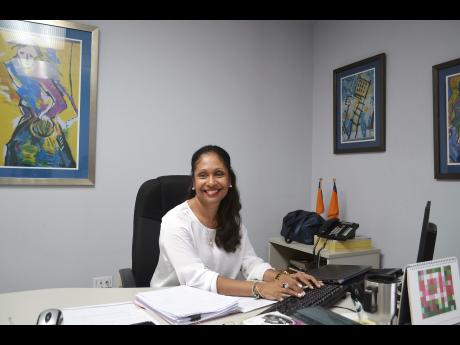 July 1, 2015 marked a new and exciting phase in Leonie Mendel's 21-year career in Jamaica's logistics and shipping sector. It was the day she officially took up the reins as general manager of the Jamaican operations of PÈrez y CÌa (Americas).

It has been an eventful, yet rewarding journey from her days at the now defunct Air Jamaica, where she spent 15 years. Impacted by the wave of redundancies at the airline ahead of its privatisation in 1994, Mendel decided that her myriad skills could find her a place in another sector based on mass transportation - shipping. In short order, she had begun charting a new course in her career as the first employee of Hapag Lloyd's Jamaican operations. Again, she distinguished herself by handling myriad aspects of the company's operations, voraciously learning the intricacies of the business as she went along.

By 2007, Hapag Lloyd pulled out of Jamaica, and at the start of that year, Mendel moved on to join PÈrez y CÌa (Jamaica) Ltd. She started as the manager for administration and human resources and within two months, Andreas Schorlemmer (now the senior vice-president of PÈrez y CÌa), offered her the position of line manager for Maruba Shipping Line. The company had just been appointed as agents to represent them in Jamaica.

"He said to me, 'Here, you want to manage ... manage this'. Of course, coming from a shipping liner background and moving to an agency was an entirely different ball game. I didn't have a clue at the time of what was required in setting up a new line coming into Jamaica for the first time. He just threw me into the ocean and I had to either sink or swim. I was determined, however, to take on the challenge and to do what was necessary in preparation for Maruba's entry into the domestic market," said Mendel. Never mind that she still had the HR and administration portfolio, she tackled her new responsibilities in her usual fearless manner.

"I am accustomed to working hard, so I didn't mind the extra work. Any task you give me I will always try to do it well. Over the years, my boss would give me additional tasks to perform which was outside my realm of responsibilities. He was constantly testing me and I didn't complain. I took it all in stride as is my style, and, as a result, it helped me to gain invaluable experience, broaden my knowledge base and to grow", she explained.

Following on the heels of this new responsibility, I was appointed as the 'Super User' for PÈrez Y CÌa's management systems, which was to be rolled out in Jamaica at the beginning of the following year.

This took her to Spain for training, and despite the language barrier, she came back after three weeks, equipped with the knowledge to take on her new role.

"Within a year and three months of successful implementation in Jamaica, I was asked if I could handle the task of rolling out the system at our offices in Trinidad, on my own. This meant that the experts from our HQ in Spain would not be coming. They would provide whatever technical support that was required remotely. This was a very daunting prospect as thoughts of all that could go wrong came to mind. I, however, faced this challenge with a positive mindset and prepared for the task. Despite a few minor technical glitches, the system was successfully implemented in Trinidad.

She was then appointed the 'Super User' for the entire region, which included the provision of systems training for the regional group of companies. In April 2013, she was appointed as director of liner services for the region.

Mendel has served in multiple capacities in the airline industry and in shipping. She has endured lengthy, stressful hours on the job and learned to make critical split-second decisions. She has trekked across the globe juggling different managerial portfolios within the PÈrez Group. The pay-off has been an upward trajectory to the position she now holds.

Andreas Schorlemmer, senior vice-president of PÈrez, in announcing her appointment, noted that it represents another step in the company's efforts to strengthen the management structure of the PÈrez Group in the Americas. With its Jamaican offices located at 6-12 Newport Boulevard, Newport Centre, in the shipping district, PÈrez y CÌa (Jamaica) Ltd is one of 28 international offices for one of the largest shipping and logistics networks in Spain. For 150 years, the Spanish conglomerate has provided a multiplicity of global support services in the shipping and logistics industries including liner representation, chartering and cargo brokerage, offshore logistics, stevedoring, break bulk and project cargoes, sea freight, airfreight, logistic solutions, customs clearance and insurance brokerage services.

"Her knowledge, experience, dedication and sound judgement make Leonie the ideal leader to keep PÈrez Jamaica on a safe and successful track in the ever-changing world of maritime transportation," said Schorlemmer.

Mendel credits her remarkable achievements in a male-dominated industry to her can-do attitude.

"No task was too great or too difficult for me to handle. I would always give my best and if I didn't know something, I would seek the answers in order to get the job done," she said. She applauds the fact that more women are entering into previously uncharted waters in shipping.

"My advice to young women is to explore as many avenues within the sector as possible. Learn as much as you can and be open to new experiences. Just bear in mind that, as women, we need to perform at a higher standard that our male counterparts," she advised. "Being women does not give us a free pass; we must understand that we need to work just as hard to earn the respect of our male peers. It is important to have the right attitude. Hard work and dedication is important. However, the right attitude will take you a long way."