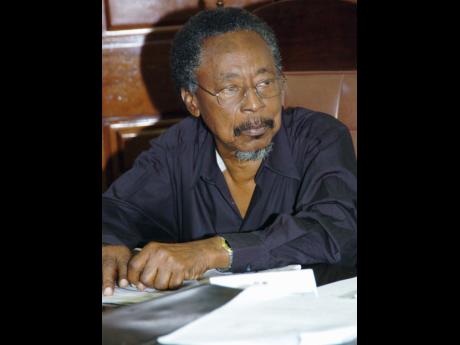 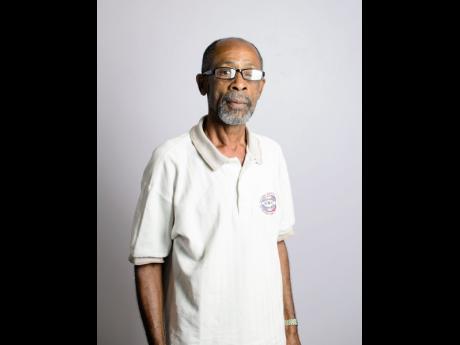 A profound sense of loss has swept through the membership of the Shipping Association of Jamaica (SAJ) following news of the recent passing of three trade unionists whose tireless efforts have been pivotal in modernising labour on the Port of Kingston.

The deaths of Hopeton Caven, the former head of the Jamaica Trade Union Congress (TUC), Clive Dobson, president emeritus of the National Workers' Union (NWU), and United Port Workers and Seamen Union's (UPSU) senior negotiating officer and financial secretary, Roosevelt Walker, have elicited an outpouring of condolences from the SAJ's membership, particularly from those who worked with these gentlemen to improve labour conditions on the port.

The SAJ noted that Caven vigorously championed the cause of the working class in many spheres of industry across this country wearing a multiplicity of hats, including that of senator. For its members, his was a powerful and highly respected voice of reason in the efforts to stabilise and modernise labour on the port. Caven was the oldest member of the Joint Industrial Council (JIC), a forum established in 1952 between the management of key players in the shipping industry and the unions representing port workers. It was formed by four trade unions, one of which was the Trades Union Congress.

A remarkable achievement of this body has been the absence of any significant loss of man hours due to industrial relations disputes. It meets monthly to address concerns of both sides and has been credited with earning the port of Kingston the reputation of being a stable location.

Throughout its 60-year history, members of the JIC have worked assiduously to improve the working conditions at the Port of Kingston by introducing modern technology that has helped to enhance Kingston's competitiveness. History will record the fact that the many achievements of the JIC over its decades of existence, would not have been possible without the contribution of several stalwart trade unionists: the late former prime minister, Michael Manley; the late former prime minister, Hugh Lawson Shearer and the late Hopeton Caven of the TUC.

Several achievements have been made by the council; assisted and influenced by Caven, including the 1966 labour agreement which followed the Moodie Commission of Inquiry. The agreement modernised working conditions for port workers, provided weekly guaranteed pay, introduced a two-shift system, improved sick and vacation leave entitlements, and laid the groundwork for a new incentive scheme and the introduction of technical and mechanical improvements covering containerised cargo. This agreement provided the foundation for the now modern port.

Alvin Henry, who served as general manager at the SAJ for 20 years until 2001, said Caven's vast experience with port labour negotiations proved invaluable to him and the JIC during the 1980s and '90s.

"As the longest serving member of the JIC, he was able to bring a wealth of experience in industrial relations to our negotiations in the quest for the improvement of port workers' rights and working conditions. He also had a reputation of being a man of his word whom you could trust," said Henry.

Former SAJ president, Michael Bernard, who worked with Caven to hammer out landmark labour agreements that helped to transform the Port of Kingston expressed regret at his passing.

"He was a worthy workers' advocate and friend over these many years. He served with passion at JIC in the interest of the workers, as well as the interest of what is good for the Port of Kingston and Jamaica," said Bernard.

Another SAJ past president, Paul Scott, noted that Caven made significant contributions to the trade union movement, the country, and the port: "He had the best intentions for workers and his country at heart. He was a very interesting gentleman and opponent in labour relations. He was someone we, as port employers, could negotiate with and trust. My thoughts and prayers are with his family," Scott said.

Current president, Kim Clarke noted: "History will record the fact that the many achievements of the JIC over its decades of existence, would not have been possible without the contribution of several stalwart trade unionists. The late Hopeton Caven of the TUC is listed along with late former prime ministers Michael Manley and Hugh Shearer as being among the architects of an efficient port labour management and deployment system that continues to evolve to serve the meet modern demands."

The SAJ has also conveyed its regret at the passing of Clive Dobson, President Emeritus of the NWU, and a gentleman whom has long been held in high regard by members of the Shipping Industry for his contribution to the sector, the labour movement and the country.

"We join the rest of the country in highlighting the late Mr Dobson's strong legacy of service to Jamaica's labour movement. He was one of the most vocal and unrelenting champions of the Jamaican worker and advocated the importance to national development of robust industrial relations practise and trade unionism in this country," said SAJ's Group CEO Trevor Riley.

Dobson's work with the shipping industry and his role as negotiator and intercessor with the Ministry of Labour and Social Security at pivotal moments in the development of the modern Port of Kingston is well known. He was a seasoned advocate for the rights of port workers, which was demonstrated on numerous occasions, including his efforts to restore normality to labour relations on the Port of Kingston during the industrial unrest of 2008.

The SAJ also noted its regret at the passing of Roosevelt Walker, who was also a pivotal member of the JIC.

The hard work and commitment that this gentleman displayed in championing the rights of port workers has been significant. Additionally, his shared interest in securing the growth and development of the Port of Kingston has been demonstrated in his work as part of the JIC.

He is particularly remembered by the SAJ's membership for his role in attaining the historic four-year labour agreement arrived at with the port worker's unions in 2012. This agreement was designed to ensure a stable industrial relations climate on the port in light of preparations for Jamaica becoming a logistics hub, a fact that Walker embraced and supported.

His contributions to the sector were cemented by the JIC on the occasion of its 60th anniversary in 2012, when it recognised Walker for his advocacy, not just on behalf of the workers he represented, but for his role in supporting the growth and stability of the sector on which we all rely.

The SAJ has conveyed to the peers and bereaved relatives of the three late trade unionists its heartfelt condolences and prayers for their comfort during their time of loss.