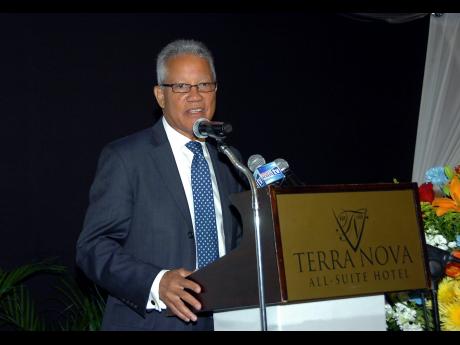 Rear Admiral Peter Brady (Ret'd), director general of the Maritime Authority of Jamaica, has been elected as the vice-chairman of the Board of Governors of the World Maritime University (WMU) in Sweden. This took place at the Second Extra-Ordinary Meeting of the WMU, held at the university in Malmo, Sweden, on Friday, October 30, 2015.

The WMU is a postgraduate maritime university founded in 1983 by the International Maritime Organisation (IMO), the United Nations specialised agency responsible for the safety and security of international shipping and the prevention of pollution by ships.

The WMU, which offers both master's and doctoral degrees, carries out the objectives and goals of the IMO and IMO member states around the world through education, research, and capacity building.

The university is accountable to the IMO secretary-general, Council, and Assembly, as well as to an international Board of Governors, with representatives from various countries.

Brady was first appointed to the Board of Governors of the WMU in 2008.

CATEGORIES A, B, and C

Since its establishment, the WMU has trained more than 30 graduates, most of whom occupy senior positions in the public and private shipping sector in Jamaica.

Brady said, "This recognition is good for Jamaica's reputation as a maritime state and confirms its status as a member of the Council of the IMO in Category C."

Categories 'A' and 'B' each comprise 10 states with the largest interest in providing international shipping services. Category 'C', to which Jamaica has recently been re-elected, embodies 20 states not elected under Categories 'A' or 'B', which have special interests in maritime transport or navigation and whose election to the council will ensure the representation of all major geographic areas of the world.

Among other things, he has chaired the IMO's sub-committee on standard of training, certification, and watch-keeping - the international body that sets out the qualification standards for masters, officers, and watch personnel on seagoing merchant vessels - for almost 10 years.

He was also instrumental in the training and implementation of the International Ship and Port Facility Security Code in Jamaica, which came into force on July 1, 2004.

In May 2015, he was awarded the prestigious IMO Themed Award for World Maritime Day at the Seatrade Awards Ceremony in London.