Another 'Best' for Kingston Wharves 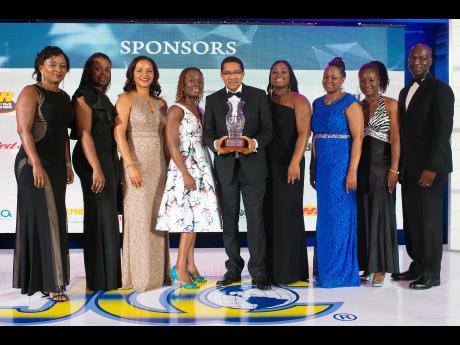 Contributed
Team KWL were on hand to support their CEO, Grantley Stephenson (centered) in collecting the Jamaica Chamber of Commerce – Best in Chamber Award 2016. 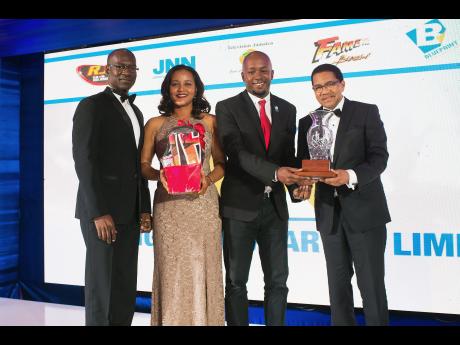 The Caribbean's best multi-purpose port operator, Kingston Wharves Limited, received another vote of confidence, copping the Jamaica Chamber of Commerce's (JCC) Best of Chamber Award for Large Companies. The awards were announced at The Jamaica Pegasus hotel on May 18.

The 35th Annual JCC Awards, held under the theme 'Vision, Inspiration, Growth' continues the tradition of recognising the contribution made by companies to the country. Kingston Wharves emerged winners of the large company category from the other nominees - Guardsman Armoured Limited and Mayberry Investments.

"It is truly a team effort, and already, there is evidence that this award is exciting the team and motivating them to perform at even higher levels," said CEO of Kingston Wharves Grantley Stephenson in acknowledging the significance of the award.

Chairperson for the JCC's Annual Awards Planning Committee Dianne Ashton-Smith stated, "Consumers are paying less attention to what companies are saying about their own products or services and paying more attention to what others are saying about their products or services. As such, the JCC Annual Awards aren't just about a pat on the back or a quick ego boost. They enhance a company's reputation, help employees take pride in their work, instil confidence in customers about the quality and professionalism of the winning organisation, while also raising the company's profile within the industry.

Kingston Wharves Limited is currently on a multimillion-dollar investment programme to, among other things, take advantage of opportunities in logistics. The port has been named the Best Caribbean Multipurpose port five times since 2006 and has seen significant growth in several areas. In 2016, the port welcomed both the largest cruise vessel and the largest cargo vessel to call on the Port of Kingston.