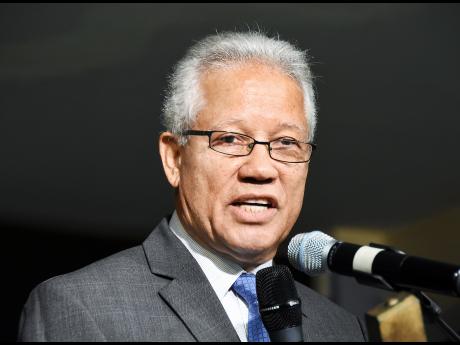 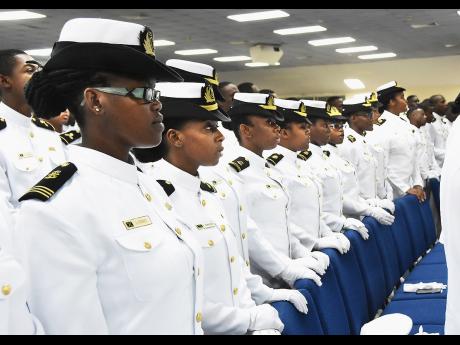 The following is an excerpt of the speech delivered by Rear Admiral Peter Brady, director general of the Maritime Authority of Jamaica, at the Swallowfield Chapel in Kingston to mark the start of Maritime Awareness Week.

Every year, Jamaica joins the international community in celebrating World Maritime Day, observed on the last Thursday in September. In Jamaica, we celebrate Maritime Awareness Week, which surrounds World Maritime Day, to highlight and bring awareness to this very important industry - the shipping industry. World Maritime Day is designated by the International Maritime Organization (IMO), which is the United Nations agency responsible for developing and adopting international rules and standards to regulate maritime safety and security and the prevention of pollution by ships.

Each year the IMO selects a theme to showcase how critically important maritime, shipping and its related activities are to our daily life on this planet. This year's theme 'IMO: Connecting Ships, Ports and People', was selected to provide an opportunity to focus on the many diverse actors involved in the shipping and logistics areas. The average person is not aware of the fact that maritime trade drives the world economy, because of some simple facts. A total of 90 per cent of goods moved globally are carried by ships and in Jamaica's case, some 93 per cent of our foreign trade is conducted via shipping. So few people take time to even consider the importance of the shipping industry, which plays such an important role in all our lives - in Jamaica and across the world. Energy to generate electricity, to power transportation, to support our manufacturing industry, our export industry, our tourism, schools, hospitals, to simply keep the country going is brought by sea in ships from our trading partners all over the world. This bulk energy, including lately, LNG, cannot be transported by airplanes. I illustrate simple statistics to tell the amazing story about the amount of cargo a ship can convey: "A single ship can carry enough grain to feed nearly four million people for a month; another, enough oil to heat an entire city for a year, and others can carry the same amount of finished goods as nearly 20,000 heavy trucks on the road." It is the most efficient, cost-effective and environmentally sound way to convey bulk items per tonne mile.

The IMO has therefore used this year's theme to emphasise the importance of this connectivity not only for the smoothness required for conducting trade, but also to demonstrate the intrinsic value of ships and ports to the economy, for employment and wealth creation for a country.

To make the vital connection with ships and ports, people play an essential role. Those two components cannot operate without competent seafarers to man the ships, nor can ports operate without stevedores, crane operators, ship agents, the Customs Agency, MOH Immigration, port facility security officers, and all of the other important agencies and service providers who must work to the same beat harmoniously, with the same objective, in order to facilitate the clearance of goods and commodities off the ports and on to the ports for the ships to meet their tight schedules, which are booked two years in advance in many cases.

And we also have the people who are the government regulators, maritime law enforcement and those institutions which provide for maritime education and training and not to be forgotten, those who provide for the welfare of seafarers who operate at sea for months at a time, away from home, often times under very arduous and dangerous conditions. Many need help when they come to our ports. People such as the Maritime Authority of Jamaica also ensure that the ships observe the international rules governing maritime safety, security and pollution prevention, and port state control requirements. In our vast maritime space which is around 20 times the size of our land mass, the JDF Coast Guard provide provides for law enforcement afloat, while the JCF Marine Police do similarly closer inshore at our ports and harbours. The CMI ensures that our people are properly trained and academically equipped for job placement in the various local and international maritime sectors, while the MAJ tests the seafarers and issues them with International certificates of competency.

The maritime sector in Jamaica, which embraces ships, ports and people, plays a vital role in helping the country's economy, as it creates conditions for increased employment, prosperity and stability ashore through promoting trade by sea, enhancing the port and maritime sector as wealth creators, both on land and through developing a sustainable blue economy at sea.