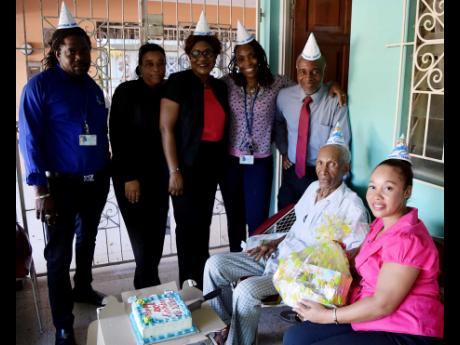 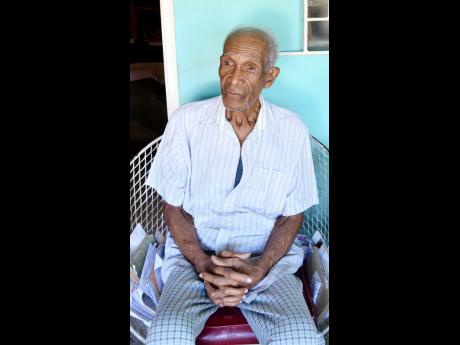 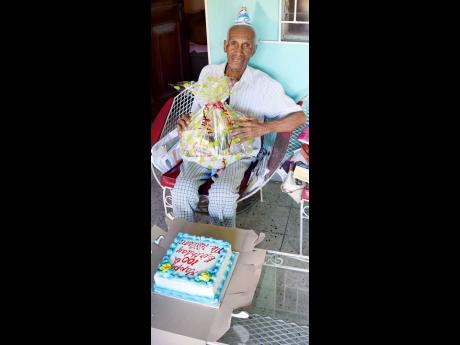 Contributed
Vincent Wilson, retiree of the Shipping Association of Jamaica, smiling happily with his birthday cake and gift basket.
1
2
3

Shipping Association of Jamaica (SAJ) retiree Vincent Wilson celebrated his 100th birthday on Tuesday, March 27, and some staff members joined him at his Kingston residence for a small but festive commemoration of this important milestone.

Wilson started in the pension department as an administrative clerk in 1957, where he worked for 31 years. He said he loved his job so much that after retiring at age 70, he gave SAJ another 13 years of service and left the company in 2001 when SAJ decided to outsource pensioning services. Wilson shared that he believes his special gift was that he knew every pensioner by name, number and face. This assisted him as he carried out the tasks related to administrating their affairs.

Wilson admitted to enjoying every facet of his job, and among his most memorable moments at the SAJ was visiting and interacting with the pensioners every Friday and seeing how they benefited from the pensions they received. These visits took him to "every nook and cranny in Jamaica," he said.

He also spoke enthusiastically about his visits to Harrison Town in St Ann where the people of the community would, as he put it, "load him up with fruits and ground provisions when he was leaving after a visit".

Wilson is still an avid reader and spends most of his days reading. He believes that this is what keeps his mind sharp. He enjoys purchasing second-hand books from local bookstores and sometimes asking his family to order books online for his collection.

His second secret is one that goes straight to the heart of the matter - forgiveness. "If you wrong me, I would just forgive you and move on," he said, "I hold hatred for no man."

The third of his secrets is the power of the spoken word. "I never use profanity to argue with people. I just leave them with a quote that fits the situation. This is one of my favourites," he continued, "What the fool cannot learn he laughs at, thinking that in his laughter he shows superiority instead of latent idiocy!"

Wilson also shared some advice for the younger generation: "Look good on your own and do not copy other people. Try and have something in your mind - keep your thoughts high."

Quite heartily, he expressed his gratitude to the SAJ for remembering him and taking the time to make his 100th birthday a very special and memorable one.