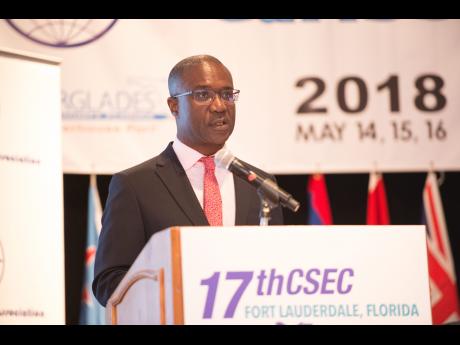 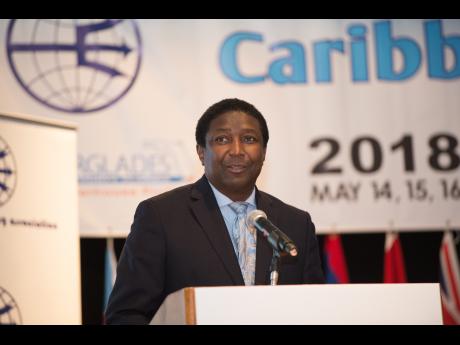 To an audience of over 200 delegates, speakers, sponsors, and attendees, the president lauded the hosts, Port Everglades, for their role in hosting a most memorable CSEC.

The president reaffirmed the CSA's role in shaping the future of shipping in our region, and "it is for this reason", he said, "that we seek to bring together the most respected professionals in fora such as this to engage you and facilitate meaningful exchanges on areas pertinent to the development of our ever-changing industry."

Jean Marie acknowledged and expressed heartfelt thanks to the members who responded to his call for support of the CSA's hurricane recovery efforts made at the October 2017 Annual General Meeting in Barbados. Together, CSA members raised close to US$100,000, which has been donated to several important causes in territories devastated by last year's powerful hurricanes.

"We are indeed grateful for your contributions and recog-nition that truly, we rise by lifting others," he said to the receptive audience.

The conference will include a workshop titled 'Disaster Awareness - Lessons Learnt'.

Last year, regional shipping interests were adversely affected by the multiple hurricanes that stalked the region. The workshops will provide a platform for information sharing so that best practices can be identified and models developed to help attendees better prepare for the season, endure the pressure of violent storms, and formulate quick recovery mechanisms.

Panel participants will include a representative of the United States Federal Emergency Management Agency (FEMA). Since 1979, FEMA has coordinated the United States federal government's role in preparing for, preventing, mitigating the effects, and responding to their domestic disasters, whether natural or man-made. Also on the workshop panel are representatives from Tropical Shipping, Crowley, and TOTE Maritime.

The annual general meeting is scheduled for October 8-10, 2018, at the Sheraton Grand, Panama, in Panama City.