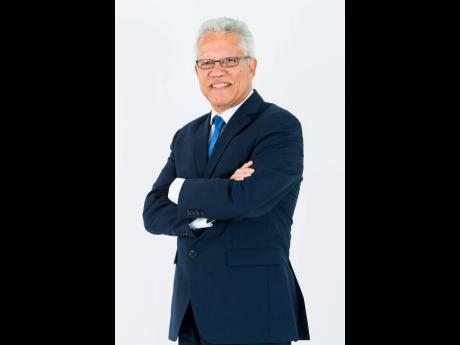 Director General of the Maritime Authority of Jamaica (MAJ), Rear Admiral (Ret'd) Peter Brady, has been reappointed to the board of governors of the World Maritime University (WMU) in Malmo, Sweden.

The appointment is a testament to Jamaica's leadership as a maritime state in the international shipping sector. Brady, in expressing appreciation, said, "This appointment highlights Jamaica's recognition and status among states of the region, where there is such a high dependence on safe and environmentally sound maritime transportation in all its forms, and, equally, a need to have highly trained and qualified professionals engaged in the diverse activities of the blue economy."

The revised charter of the university provides that serving members of the board, as at its 35th session, who demonstrate active contribution to the work of the board of governors, may be reappointed for up to two further consecutive terms.

The appointment was made by International Maritime Organization (IMO) Secretary General Kitack Lim in February 2018. Brady will serve in this appointment until February 2021.

Brady was first appointed to the board of governors of the WMU in 2008. He served as a visiting lecturer between 2003 and 2004. He has been a serving member on the WMU board of governors since 2007. He has also been involved in the training of students at the World Maritime University in Sweden for several years.

The MAJ has academic and regulatory oversight for the delivery of high-quality nautical and marine engineering training at the Caribbean Maritime University. As the head of the MAJ, Brady has ensured that policies and systems are in place for the continuous monitoring of the standards of training, as required by the International Convention on Standards of Training, Certification and Watchkeeping for Seafarers. Jamaica has treaty obligations under this convention which are enshrined in our Shipping Act.

FUNCTION OF THE WMU

The WMU is a postgraduate maritime university founded in 1983 by the IMO, the United Nations specialised agency responsible for the safety and security of international shipping and the prevention of pollution by ships. The WMU, which offers both master's and doctoral degrees, carries out the objectives and goals of the IMO and IMO member states around the world through education, research and capacity building.

The university is accountable to the IMO secretary general, Council and Assembly as well as to an international board of governors, with representatives from various countries.

Since its establishment, WMU has trained more than 100 graduates from Jamaica and the Caribbean.