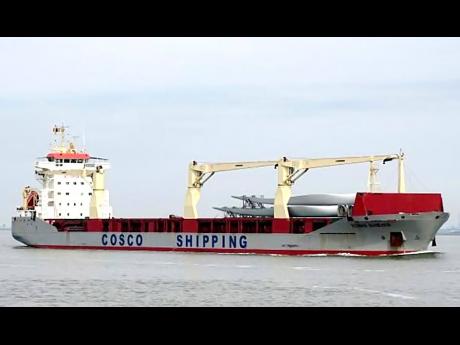 In 2013, Cosco shipping company sent its first container ship MV Yong Sheng through the Northeast Passage, which is a shipping lane running between the Pacific Ocean and the Atlantic Ocean along Russia’s northern coast. The route is, at least during the short summer season when the ice is thinner along the North Sea Route, increasingly resembling a traditional shipping lane home to not only natural gas and oil tankers, but also general cargo vessels, cruise ships and, for the first-time ever, container vessels. In that first voyage Cosco saved nine days, 2,807 nautical miles and a total of 762 tons of carbon emissions!

These shortened voyages ensure prompt delivery of project equipment and material, steel and agricultural products as well as pulp and forest products for eastbound voyages meeting the needs of stakeholders in different parts of the supply chain. This facilitates prompt delivery for other parties as well, all the way, to the end of the supply chain where customers need goods to arrive in as timely a manner as possible.

As they contemplate the summer of 2019, Cosco Shipping is reflecting on the record-breaking summer of 2018 and setting its targets against that. In that year, overall North Sea traffic jumped to a historic 80 per cent as other shipping lines also met the challenge to use the Northeast Passage to lower emissions and shorten voyages. Using eight ships, Cosco saved a total of 90 days, and reduced emissions by 9,502 tons!

The adoption of the International Code for Ships Operating in Polar Waters, or Polar Code, highlighted the role of humans on board the ships in the polar marine environment as important to sustainable shipping. Cosco’s crew for these voyages are undertaken with experienced crews who have practical experience sailing in the Arctic Northeast Passage. The company reinforces this with additional training about the Arctic Ocean and its peculiarities.

The company’s efforts are a part of a national effort as China’s signature Belt and Road Initiative is being extended to the Arctic by developing shipping lanes opened up by global warming.

Releasing its first official Arctic policy white paper in 2018, the country will encourage enterprises to build infrastructure and conduct commercial trial voyages, paving the way for Arctic shipping routes that would form a ‘Polar Silk Road’.

Jamaica Freight & Shipping has served as the Jamaican agent for China Shipping for more than 17 years. In December 2015, COSCO Shipping Lines Inc was born out of a merger between China COSCO Holdings Co Ltd and China Shipping Container Lines. As exclusive agents for COSCO, Jamaica Freight & Shipping Co Ltd’s customers benefit from larger vessel capacity and more weekly services as well as services to and from various ports in Mexico, the Dominican Republic, Cuba, Colombia, Panama and the US east coast.