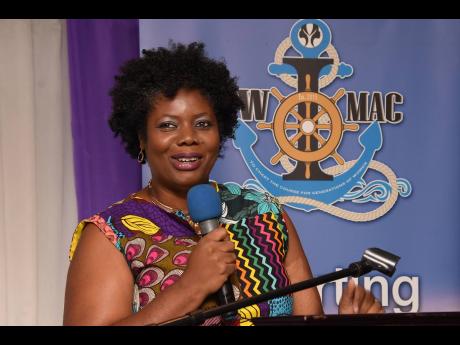 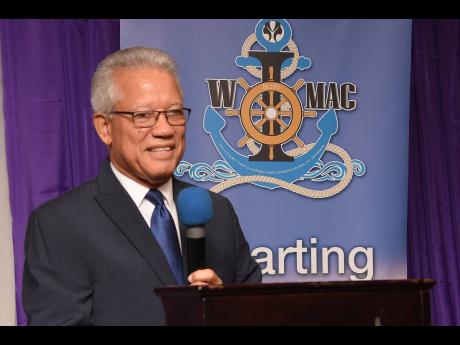 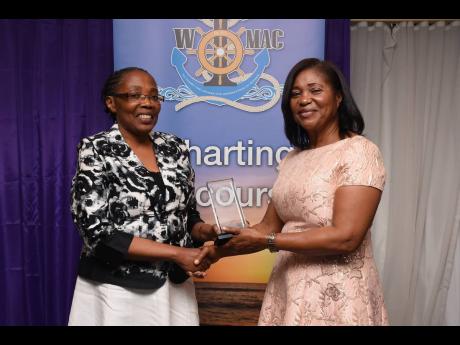 Claudia Grant (left), deputy director general of the Maritime Authority of Jamaica, receives an award from Lady Allen for her international contribution to the maritime sector. 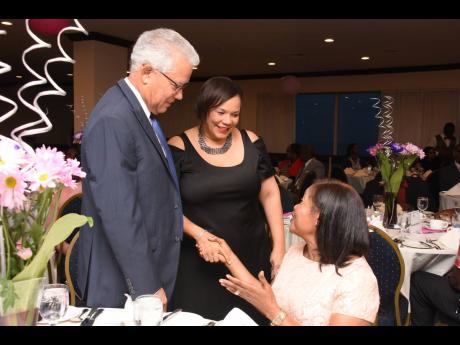 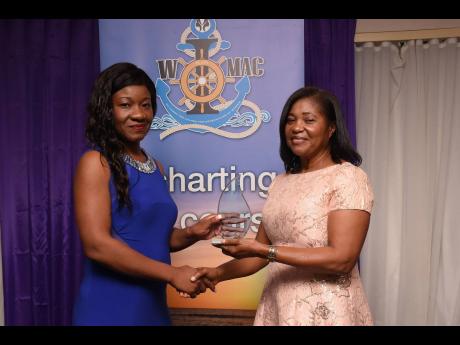 Valrie Campbell, terminal manager at Kingston Wharves Limited, receives an award from Lady Allen for her contributions and achievements in the shipping industry. 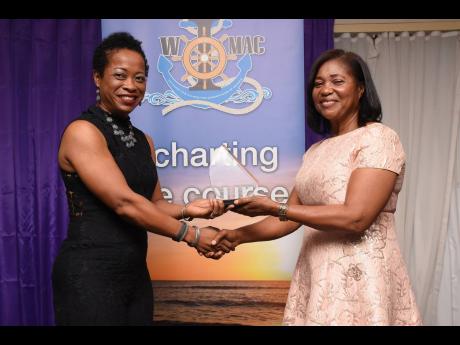 Commodore Antonette Wemyss-Gorman (left) of the Jamaica Defence Force receives an award from Lady Allen for her achievement as the first female appointed to that post. 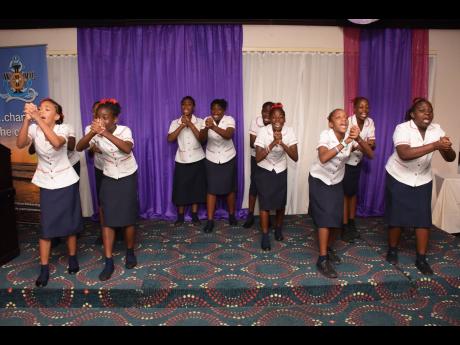 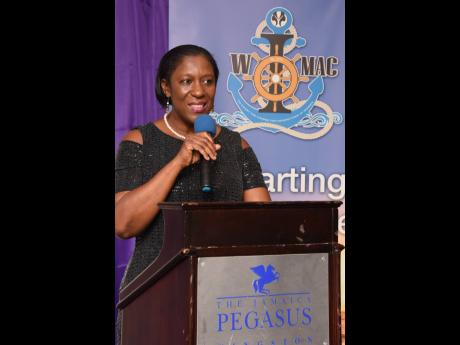 Shipping Association of Jamaica member companies joined other stakeholders to participate in the celebration of women making strides in the shipping and maritime fields. International Maritime Organization (IMO) women’s organisation Women in Maritime hosted a dinner to honour Valrie Campbell, Antonette Wemyss-Gorman and Claudia Grant as they made record-breaking firsts in their careers.

The Women Empowerment Dinner was also used as an opportunity to raise funds for the construction of a library at Rousseau Primary School.

Lady Allen was the patron of the dinner and she presented the honorees with their awards.

The keynote speaker of the event, noted gender advocate and commentator Nadeen Spence, gave led a thought-provoking presentation on the roles and responsibilities of the modern society to its children. She exhorted the audience to take up their roles in balancing and sharing their responsibilities to the nation’s families.

The dinner was also supported with attendance from the gender ministry and United Nations Development Programme. Women in Maritime Caribbean’s Jamaica chapter has become known for its projects which are aimed at meeting the millenium development goals and the United Nation’s strategic development goals, such as the gender-balancing robotics summer camp held for the first time last year.

Women in Maritime Caribbean is a one of seven regional organisations worldwide working to promote greater inclusion of women in the maritime field. The IMO’s theme for 2019 is ‘Empowering Women in the Maritime Community’.