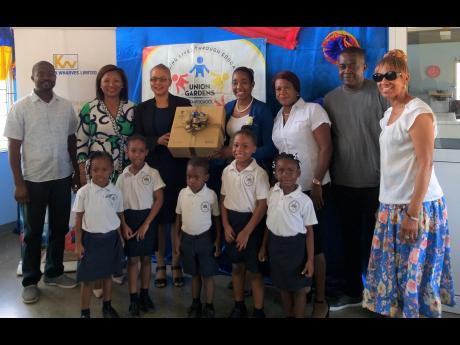 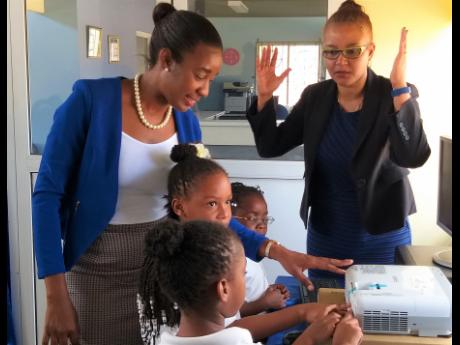 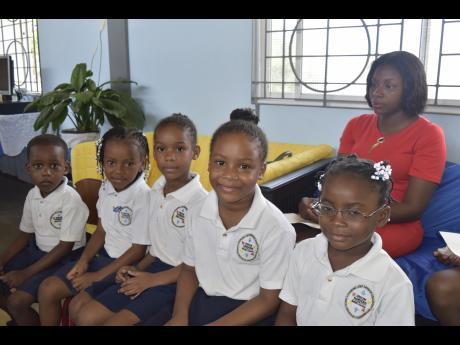 As part of its ongoing support for the Union Gardens Infant School, and to boost the school’s interactive learning programme, Kingston Wharves Limited (KWL) on July 4 donated a projector to the early-childhood institution, located on Daffodil Avenue. The handover took place at the school in the presence of teachers, parents, and students.

Group Chief Financial Officer (CFO) for Kingston Wharves Clover Moodie said the company is driven by a core belief in nation-building. “Our long association with Union Gardens Infant School continues that important principle of giving back to our community and playing our part in making Jamaica a better place for future generations.”

She noted that it was for that reason that children should be given the right stimulation. “Through our work with Union Gardens Infant School, we hope to help shape these young lives and to steer them along positive paths to realising their full potential,” the CFO underscored.

Kingston Wharves has contributed to projects in youth empowerment, community and sports development, social welfare and education, including contribution to the construction of the Union Gardens Infant School.

In accepting the gift, principal Gracie-Ann Moss-Solomon thanked the KWL team, noting that the donation of the projector was a key step in achieving the vision of making the school a top early-childhood institution in Jamaica, observing. “We cannot do this without your continued support.”

She explained that with the primary-school curriculum placing greater emphasis on critical thinking, the school had to better prepare the children from the early-childhood level by making learning more interactive and using other mechanisms to challenge their minds.