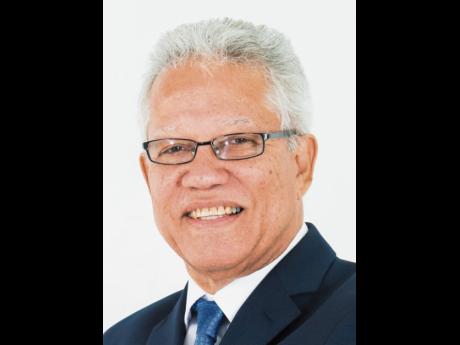 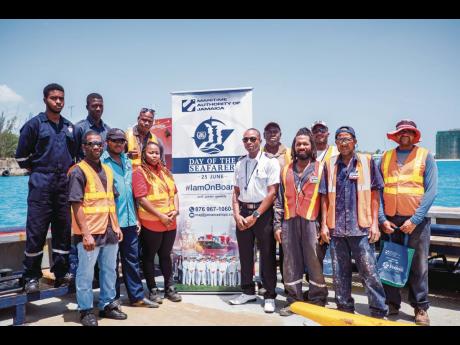 Contributed
Seafarers from Portside Towing were treated by the Maritime Authority of Jamaica on Day of the Seafarer 2019. Under its 2020 Disaster Risk Management Order in June, Jamaica designated seafarers as essential workers.
1
2

The COVID-19 pandemic has had a debilitating impact on the global community. Not least of the consequences is the crisis this created for seafarers – the many men and women on the front line, working on-board ships, ensuring the flow of vital goods such as food, medicines, essential supplies and energy.

As many governments sought to protect their citizens from this contagious disease, ports and borders were closed. This created difficult working conditions for seafarers, as they were not allowed to travel across borders to take up crewing assignments. Others who had completed their Seafarer Employment Agreement (SEA) could not return home to their families. Instead, SEAs were being extended to facilitate continuity of trade.

Seafarers are still faced with a humanitarian crisis. According to information from the International Maritime Organization (IMO), as of December 2020 it is estimated that some 400,000 seafarers remain on-board commercial vessels, unable to be repatriated and past the expiry of their contracts. A similar number of seafarers urgently need to join ships to replace them. The IMO is the United Nations specialised agency responsible for the safety and security of shipping and the prevention of marine and atmospheric pollution by ships.

IMO data indicates that on any given day, nearly one million seafarers are working on some 60,000 large cargo vessels worldwide.

These hubs, which would provide free movement and safe travel across borders, could offer a short-term solution to the barriers presented by global travel restrictions, ensuring vital crew changes could take place, thus facilitating trade and logistics to the benefit of the world economy.

According to Rear Admiral (retd) Peter Brady, director general of the MAJ, “In the Caribbean, for example, several smaller states still have not reopened their borders, so no one is coming in and no one is going out. With a hub, seafarers would be able to move, and to move more freely. Some natural crew change hubs already exist pre-COVID-19, by virtue of the concentration of shipping, and we suggest that more could be developed to deal with the current stagnation of crew travel in parts of the world. Whether they are then retained in the long term would be subject to global strategy and based on assessment by industry of their costs and benefits.”

The Government of Jamaica, recognising the hardship being faced by seafarers, reopened its borders to enable controlled entry and transit of crew and has designated seafarers as essential workers under its 2020 Disaster Risk Management Order in June.

“Jamaica has already positioned itself as a hub, with the investment in a crew change online platform which seafarers, crewing agencies and ship managers anywhere in the world can use to facilitate crew changes in Jamaica,” said Brady. To date, Jamaica has facilitated nearly 2,300 crew changes.

UNCERTAINTY WITH LACK OF INFORMATION

There has been much uncertainty regarding the spread of the COVID-19 disease, coupled with a lack of information on the control of the pandemic, and this has increased the reluctance from states to open their borders. With urging from the IMO and other organisations responsible for the welfare of seafarers, and thanks to the development of international protocols, some states are slowly looking to reopen their borders.

Rear Admiral Brady, a former chair of the IMO’s Standards of Training and Certification for Watch Keeping (STCW) Committee, stressed the importance of putting seafarer welfare at the forefront of international maritime efforts: “The pandemic has highlighted that seafarers are the backbone of the global supply chain and that crew retention is even more critical to the continuation of world trade. Crew retention can be tackled by more port state and flag state administrations taking stronger positions on ensuring that living and working conditions on-board ships meet the international standards, and by designating crew as essential workers, with the attendant privileges.”

STCW is the worldwide convention that ensures a unified standard of training for seafarers is achieved across all countries in the world.

The MAJ director general added that a future challenge will be motivating seafarers to continue this career, in light of the crises and hardships they have endured during the pandemic.

Brady further recommends: “The industry and individual companies must take steps to address crew retention by improving and increasing welfare benefits to seafarers on-board. Introduce benefits such as access to gymnasiums, to Internet connections to enable crew to keep in touch with their families, and provide online counselling and opportunities for studying.” He also recommends that “access to a safe and efficient vaccine may also put ships’ crew at ease and provide some level of calm on-board. Seafarers will be less worried about the ills of the COVID-19 pandemic as they travel globally.”

In response to the pandemic, flag states have needed to be agile and adapt their regulations and methods of operating, in order to keep shipping lines open and enable world trade to continue. In addition, they have put in place measures to support seafarers. In the case of Jamaica, where the circumstances warrant and there is mutual agreement between the owner and the seafarer, the MAJ has not objected to the extension of SEA to facilitate continuity of trade. However, the MAJ encourages owners, as soon as is possible, to make the necessary arrangements for seafarers to be safely repatriated at the end of their SEA.