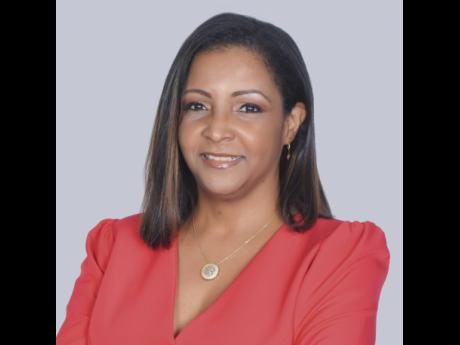 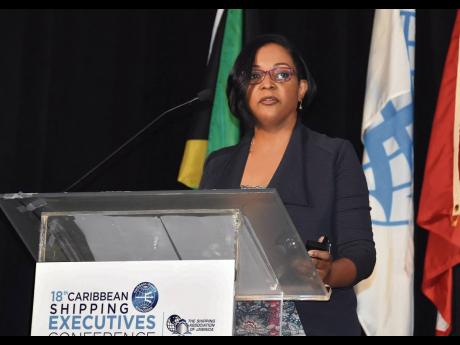 Contributed
Anna Hamilton, CEO of Jamaica Freight and Shipping C. Ltd, makes her contribution during a panel discussion at the Caribbean Shipping Executives Conference held in Jamaica in 2019. Hamilton is one of two new members of the Managing Committee of the Shipping Association of Jamaica.
1
2

The recent annual general meeting of the Shipping Association of Jamaica (SAJ) welcomed two new members to its 13-member board of directors, known as the Managing Committee (MC), which is the association’s highest decision-making body. Anna Hamilton and Condell Stephenson are the two new members of the committee that consists of the president, William Brown; Corah-Ann Robertson-Sylvester, vice-president; Charles Johnston, immediate past president; and eight members of the SAJ, as well as the association’s group CEO, Trevor Riley.

Both Hamilton and Stephenson have been active members of the SAJ over many years, and are well-prepared to be members of the MC, which sets the policy by which the association functions, and has the responsibility and authority over the direction and control of the affairs of the SAJ, including the approval of applications for membership.

This week, we get to know more about Anna Hamilton, a new member of this hard-working team, who is already making positive contributions at the monthly meetings of the MC, where it carries out its corporate governance role and discusses the affairs of the association.

Hamilton is the current chairman of the SAJ Agents Committee, having served as assistant to the chair of that committee from 2018-2020. She recently completed the professional certificate in customs regulations, processes and brokerage at the Management Institute for National Development

Hamilton, a fluent Spanish speaker, is a graduate of Long Island University in New York, and holds a bachelor of arts and a master of arts in political science, and is a member of the prestigious Pi Sigma Alpha honour society. She remembers that when she heard of the job opportunity in sales at Seaboard Jamaica, her response was: “Having studied politics, I figured that there wasn’t much difference between a sales rep and a politician – both should have the gift of gab!”

This new member of the SAJ’s MC has been attending meetings of the Caribbean Shipping Association (CSA) for a number of years and participated in the panel discussion on ‘Bridging the Gaps in ICT in the Jamaican Shipping Industry’ during the CSA’s 18th Caribbean Shipping Executives Conference, held in Kingston in May 2019. She considers her presentation at that conference to be one of her most memorable experiences in shipping, as it was her first presentation to the Caribbean shipping fraternity. She reveals that “although nerve-wracking, I was overwhelmed by the support and response received from my peers”.

Another very memorable experience for Hamilton was her first trip to Shanghai to represent Jamaica Freight & Shipping at the China Shipping Annual Agents Meeting. She explains that she was a few weeks in the job and had, over the years, developed a tremendous fear of flying, but adds: “I was, however, humbled by the awareness of the amount of faith that my boss had in me to give me this enormous responsibility to represent his company after only being there a few weeks.”

Three persons who have influenced and helped shape Hamilton’s career in shipping are Corah-Ann Sylvester-Robertson, Grantley Stephenson and Charles Johnston.

Corah Ann Robertson-Sylvester was Hamilton’s “first teacher to the world of shipping” as her direct boss at Seaboard Jamaica. She recalls her first day on the job as an account executive: “There were three of us that actually started on that day in March 2000 – a whole new team for Mrs Robertson-Sylvester to train (none of us had any prior shipping knowledge) and her enthusiasm and selflessness in teaching us this new industry, to ensure that when we went to visit customers we had a clue as to what we were doing, has always remained with me.”

Hamilton says “it is difficult for me to put in a few words what Charles Johnston has done for me. He saw a potential in me that I may not have seen in myself. He has taught me to ask for what I want and need in this life, because I will never know the answer unless I ask”. She describes his passion and zeal for the industry as “contagious”, and his ability to multitask but still keep his hand on the pulse of each and every project he pursues as “an amazing thing to witness”. She adds that Mr Johnston “has never hesitated to answer a question or provide an explanation when I have not understood; despite the grandeur of the man, his humility and ability to relate to all, despite their station in life, is to be emulated”.

Another giant of Jamaican shipping who has had a lasting positive impact on Hamilton’s career is Grantley Stephenson, a past president of the SAJ – who at the time of her entry into the industry was the CEO for Seaboard Jamaica. She remembers that “his doors were always open and he was always willing to impart his knowledge and share with the staff”.

Hamilton says that her vision for the shipping industry locally “is for us to leap into the 21st century”. She feels strongly that “Jamaica needs to truly realise her strategic global position and become the world-class trans-shipment/logistics hub that we are meant to be”. Towards this end, she wants to see the establishment of the Newport West Industrial Park. She says “this would help formalise the industry in the eyes of the public, and globally as well, as we continue to position ourselves as a world-class trans-shipment/logistics hub”.

Also, as chair for the Agents Committee, Hamilton wants that body “to be a strong voice for the members of the SAJ in particular as we review the Customs Act 2020, which was tabled by the minister in December 2020. I want to ensure that this new act, which repeals and replaces the old act, is in tandem with Jamaica’s growth in the global shipping sphere”.

For young persons who are considering a career in shipping, Hamilton encourages balance. “The standard”, she says, is “work hard, but always make time for what is important – your loved ones”. She adds: “We are in an industry where the importance of honesty and ethics is critical. Finally, this may seem simple, but someone told me this long ago and it has guided me ever since – ‘don’t burn your bridges, because you never know when you may have to cross back over’.”

Hamilton is married to Richard and has one son, Justin.