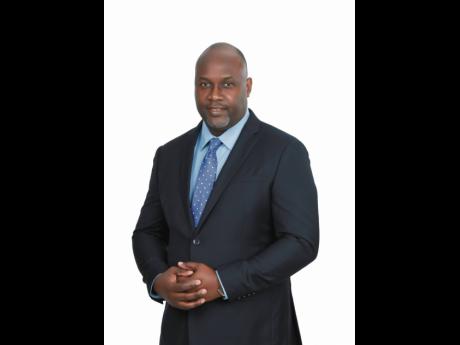 The Shipping Association of Jamaica (SAJ) has announced the appointment of Terrence Brooks to the post of deputy general manager, effective March 22, 2021. Brooks has more than 26 years working experience in the shipping industry, beginning in 1995, immediately after he completed sixth form at Kingston College. He will also continue to head the SAJ’s Human Resource and Development Department.

SON OF A PORT WORKER

For Terrence Brooks, what is most significant in his appointment is that “a port worker’s son will assume the role of deputy general manager. I have no doubt that countless SAJ pensioners will feel a tremendous sense of pride in my accomplishment.”

“Shipping is in my blood,” the new deputy GM proudly states. His father, Rudolph ‘Branx’ Brooks, was employed by the SAJ for 42 years, starting out as a casual port worker in the 1940s. He also has a brother and a cousin who worked at the Port of Kingston and, therefore, can truthfully say “combined, there is over a hundred years of shipping experience in my family”.

Brooks is currently pursuing an MBA in strategic management and has successfully completed several professional development courses, both locally and overseas. Among these was the Port Management Training Course put on by the International Maritime Organization (IMO) in Le Havre, France, in 2014. He describes that experience as “fantastic, as it widened my perspective of shipping and allowed exposure to other cultures. On any given day I can tell you what is happening on ports in Mozambique, Ecuador, Djibouti or Ghana, for example, owing to friendships that were cultivated during that training course.”

As operations manager, Brooks pioneered the creation of a cybercafé for stevedores; equipped with four computers and Wi-Fi to support digital connectivity. That initiative was focused on improving the workers’ access to information.

According to Trevor Riley, CEO of the SAJ, the cyber café proved a winning idea at the time. He recalls that the SAJ was in negotiation with the unions on a new labour agreement and the access provided to the workers via the Internet helped considerably in them being able to benchmark the SAJ’s arguments against research information they were able to obtain on ports around the world. Better-informed employees were able to contribute to resolution of some of the most challenging points in the negotiations. Riley credits Brooks with the suggestion and implementation of the café.

Brooks was also an instrumental player in the development of the SAJ’s E-Labour system developed by ADVANTUM. The system totally transformed the process of ordering and deployment of labour at the SAJ and resulted in increased efficiency, and significant savings for the association. He is especially pleased that the digitalised system “has improved the lives of our employees as workers no longer have to travel to the recruiting centre to be assigned a job for the day but can be informed via the Internet or telephone”. A web interface allows terminal operators to make labour orders online.

BEING A PART OF HISTORY

Reflecting on his experience thus far in shipping, Brooks says:

“The history of the port is replete with impressive, interesting, and colourful characters, and I consider myself extremely fortunate for the experiences I’ve had over the last 26 years. On that list are numerous people that were instrumental in my development: my first recruiting manager Carl Brown, then Basil Downer, and now my current boss and CEO of the SAJ, Trevor Riley. There are also some industry icons that I have observed and admired from afar, like the late Noel Hylton and Harriat Maragh, and our Immediate Past President Charles Johnston, to name a few. Additionally, there are countless ordinary workers, many who are now pensioners, who served as mentors and who I now consider close friends.”

With regard to specific goals he looks forward to working towards, as deputy GM of the SAJ, Brooks is quick to highlight three – adding value, increasing opportunities through digitalisation, and environmental protection. He explains:

“The SAJ exists to serve the shipping industry and that commitment has been demonstrated over the past 80 years. I am focused on finding ways that will add exceptional value to our members, while supporting this incredible team to maximise their full potential both professionally and personally.

“As the maritime industry becomes increasingly digitalised and automated, it is expected that the skills of workers will evolve towards less physically strenuous tasks, and more information technology skills and knowledge, potentially leading to increased opportunities for young people, and women in particular, to actively build a career in the maritime sector in various areas.

He shares the SAJ’s vision of achieving the three goals he highlighted and says: “We are fortunate to have committed leadership through our President, Managing Committee, and our Group CEO; they can be relied on to create the environment that will allow the Association to succeed.”

As a manager who thinks globally while acting locally, Brooks wants to see “green and smart maritime transport that balances environmental responsibility with economic development”. He says that the COVID-19 experience and the momentum generated by the current negotiations at the IMO on greenhouse gas emission reduction in shipping make the need for sustainable maritime transport even more compelling.

He shares the SAJ’s vision of achieving the three goals he highlighted, and says: “We are fortunate to have committed leadership through our president, managing committee, and our group CEO; they can be relied on to create the environment that will allow the association to succeed. The post-pandemic period will provide many opportunities for the country if we take the right approach, underpinned by modern and responsive legislation that will enhance trade.”

As a young leader, Brooks has some useful advice for Jamaican youth:

“Smart work, discipline and commitment are integral to one’s success. Leadership requires courage and it is important to remain in a constant state of learning.”

“In times of change, the learners shall inherit the earth, while the learned shall find themselves perfectly suited for a world that no longer exists.” – Eric Hoffer.

His final bit of advice is that the book titled How To Win Friends and Influence People by Dale Carnegie is a must-read for persons who are serious about building solid relationships and their personal brands.