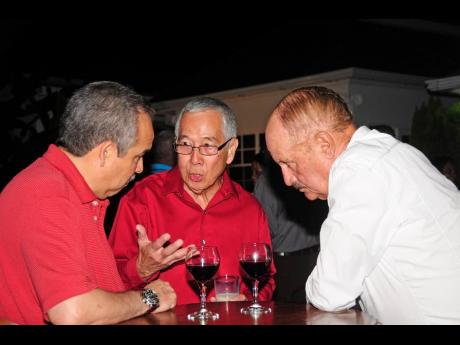 Contributed
Caribbean Stalwart: Joseph Lowe (centre) was always willing to share his wealth of knowledge and is pictured doing so with Carlos Urriola (left) and Fernando Rivera, both past presidents of the Caribbean Shipping Association (CSA), at an annual meeting of the CSA. 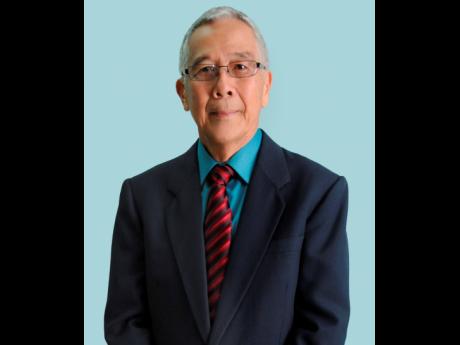 Contributed
Joseph A. Lowe, former member of the Managing Committee of the Shipping Association of Jamaica and past director and group operations manager of Maritime and Transport Services Limited
1
2

Joseph Alexander Lowe, former managing director of International Shipping Limited, has died. Affectionately known as ‘Joe Lowe’, he was a member of the Managing Committee of the Shipping Association of Jamaica (SAJ) from 2005 to 2015, and at that period, had come out of retirement to serve as a director and group operations manager of Maritime and Transport Services Limited. He died on Saturday, April 3, 2021.

William Brown, president of the SAJ, yesterday expressed condolences to Lowe’s family on behalf of the Managing Committee and members and staff of the association.

Joseph Lowe gave strong support to the Caribbean Shipping Association and actively participated in many meetings of that regional body.

He was a past student of Excelsior High School and was an avid cricketer.

TRIBUTES TO JOSEPH A. LOWE

“The shipping industry is saddened by the news of the passing of Joseph Lowe. In his passing, the industry has lost another of its stalwarts who contributed significantly to its development and strength over the past few decades.

While saddened, we, however, share fond memories of him as a member of the Managing Committee of the Shipping Association of Jamaica and also his softer side, exemplified by his ease of relating in more relaxed atmospheres. Around the boardroom table, Joe was a very balanced executive, frank but honest in his deliberations, and very constructive in his support for the decisions with long-term objectives.

The loss to his family and those closer to him than us must be tremendous, and so we grieve with them. On behalf of the Shipping Association of Jamaica, we would like to express our sincere condolences to them, lend support, and offer our prayers.”

From Kim Clarke, past president of the SAJ and chairman – Maritime & Transport Group

“The Maritime and Transport family is saddened to learn of the death of Mr Joseph Lowe, who served our group as a director and senior operations executive for just over 10 years. How does one express the amazing essence and spirit of Mr Lowe, his generosity, uncompromising belief in all that is good and his unwavering commitment to family and friends? Mr Lowe came out of retirement to assist our group of companies through a difficult transition. He served with skill and diplomacy, and we all learned a lot from his diligent style of leadership. He also represented our companies on the managing committee of the SAJ during the start of my presidency of the association, lending his wisdom to many of our undertakings as a body.

Words, even the best of words, cannot pay tribute or truly capture the sense of loss that we are all feeling today. He was a very humble man who led by example and improved the lives of those many colleagues and friends with whom he worked or came into contact. The sense of loss is tangible and real for my team and me. However, Mr Lowe exemplified life, love, laughter, and an irrepressible belief in seeing the best in everything … even in loss.

His contribution to our companies, to SAJ, and to Jamaica’s business community is immeasurable, and he shall be remembered very fondly.

Today, we honour him by the profoundness of our feeling and by expressing our sadness at his passing but also by remembering an amazing person who played such a unique and special role in our lives. On behalf of my entire team, I extend condolences to his sons, David and Raymond, and to the rest of his family.”

From Captain Mike Belcher, JP, past president of the SAJ and former managing director of Kingston Container Terminal

“I am shocked and very saddened to have learned of Joe’s passing. I last saw him in November 2019, when we enjoyed a pleasant chat about the “good old days”. He was his usual vibrant, jocular self.

My earliest recollection of Joe is of a young, enthusiastic, loyal member of GraceKennedy Shipping Ltd. Even in those younger days, he had already acquired a font of knowledge of the industry, which eventually led to his appointment as manager of the new agency for Hamburg Sud. He was appointed group operations manager for Maritime and Transport Services Ltd towards the end of his career.

Joe was not only a font of knowledge on shipping agency matters, he was always willing and unhesitating in sharing that knowledge and expertise with others. He was an exceptional manager, leading by example and demonstrating the importance of ‘going the extra mile’. His contribution to the industry is immeasurable.

He was a good friend, and I am deeply saddened by his passing. My wife and I extend our sincere condolences to his family. May his soul rest in peace.”

From L. Paul Scott, past president of the SAJ

“Joe was a good man. From my early days at GraceKennedy & Company (Shipping) Ltd, I remember Joe as a valued member of the management team whose knowledge, experience, and ability were important factors that contributed to the company’s services, growth, and success.”

From Denise Lyn Fatt, past president of the SAJ and managing director - Freight Handlers Limited

“I’ve known Joe from 1976 when I joined the maritime industry as a colleague and friend. Joe was a gentle, humble, kind, family-oriented person. His integrity was unquestionable, and he was such a gentleman. He always tried to find the good in everyone with whom he interacted.

I recall how much he loved cricket, and later golf, and he so loved his family and always looked forward to being with them.

My family and I will miss him but will have fond memories of Joe, and I am happy I was able to call him a friend. Our sincere condolences go out to his family. We will continue to hold them in prayer.”

From Condell Stephenson, member of the SAJ Managing Committee and Port Captain for HoeghAutoliners

“I knew Joe Lowe from his days at GraceKennedy (Shipping) Limited, and I found him to be a quiet, gentle person. He was someone who did not let anything bother him, unless it was West Indies losing a cricket match. He was an ardent cricket fan. Joe was also a very generous individual even assisting total strangers. Joe had a vast knowledge of shipping, especially as it relates to agency, and he was always eager to share his knowledge even without being asked. He will surely be missed. May his soul rest in peace.”