Ja pledges commitment as it seeks re-election to IMO council 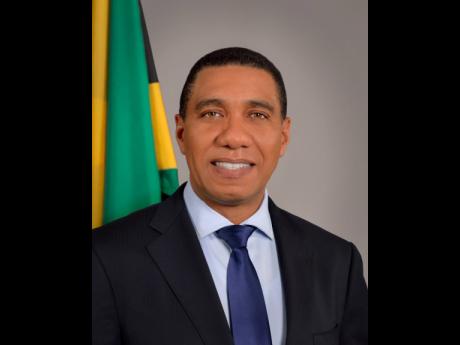 Jamaica has pledged to “offer leadership, commitment and strategic focus” by continuing its role as a council member of the International Maritime Organization (IMO) – the United Nations specialised agency responsible for the safety, security and pollution control of the global shipping industry.

Announcing Jamaica’s candidature for re-election to Category C of the IMO council for 2022-2023, Prime Minister Andrew Holness said: “Jamaica will continue to offer leadership, commitment and strategic focus as an IMO council member. It is of utmost importance that maritime concerns of particular importance to the Caribbean small island developing states (SIDS), and other vulnerable countries, particularly the least developed countries (LDCs), be fully aired and addressed in the IMO.

“For Jamaica and other SIDS, healthy, productive and resilient oceans and seas are critical to our economic sustainability.”

Underscoring the importance that Jamaica as a nation attaches to its maritime sector, Holness said, “Jamaica has been an active member of the IMO Council since 2007 and our decision to present our candidature for the 2022-23 period is based on the firm belief that we can continue to contribute to the work of the organisation.”

Also participating in the launch were Robert Montague, minister of transport and mining and Senator Kamina Johnson Smith, minister of foreign affairs and foreign trade.

Elections to the council will be held during the 32nd Regular Session of the IMO Assembly this December in London, and Jamaica has placed the welfare of seafarers, protection of the marine environment, gender diversity, and the safety and security of seagoing vessels at the top of its re-election agenda.

Holness said continued membership at Category C level would enhance Jamaica’s capacity to promote more effective implementation of maritime safety and pollution prevention regulations at the national level, as well as among other SIDS and LDCs.

In its election submission, Jamaica outlined the work it has done in mitigating the impact that the COVID-19 pandemic has had on the global shipping industry, and underlined its commitment to supporting the IMO’s efforts to cut greenhouse gas emissions from shipping and port operations. The country is a leading light in promoting seafarer training and has placed female empowerment and women in maritime at the centre of its operations.

Holness explained: “Jamaica continues to have faith in the value of multilateralism and the importance of strengthening global institutions. Every state has a role to play in confronting the challenges we face as a global community. This is what continues to inspire Jamaica to engage in and contribute to the multilateral process, and in particular, the work of the IMO.”

He pointed out: “As a small island state, shipping is essential to our import and export trade. We have progressively built up over the years, a highly developed maritime infrastructure comprising container, cruise and bulk cargo ports, maritime administration and ship registration, as well as the training of seafarers and shipping personnel. Kingston Harbour is the seventh-largest natural harbour in the world and Jamaica is the second-largest trans-shipment hub in the Caribbean region. In 2020, Jamaica was once again recognised as the world’s leading cuise destination at the World Travel Awards.”

Jamaica continues to serve on the IMO’s panel of competent persons established under the International Convention on Standards of Training, Certification and Watchkeeping for Seafarers, 1978, as amended. The country has demonstrated its commitment to the IMO Member State Audit Scheme and was audited in 2011. Jamaica has also supported the implementation of the scheme through the provision of auditors and lead auditors for the conduct of audits of member states, and stands ready to assist other states in the region in their audit preparations.

The country also supports the IMO’s initiative to promote the development of country maritime profiles for member states. This tool is being used as the basis for enhancing Jamaica’s integrated ocean governance and marine policymaking and to more accurately determine technical development assistance needs. Jamaica is also in the preparatory stages of developing a comprehensive maritime transportation policy utilising the tools being provided by the IMO, and subsuming the policy into Jamaica’s Vision 2030 National Development Plan.

Jamaica was a lead partnering country under the IMO-supported GloBallast Partnership Project and holds the position of vice-chairman of the task force for the wider Caribbean region. In 2017, it acceded to the Ballast Water Management Convention, 2004 which has been incorporated in national legislation. In December 2020, the Jamaican Government ratified the MLC 2006, ensuring that adequate provisions for the rights and protection of seafarers to decent working and living conditions is entrenched in the local Shipping Act.

Holness said: “Jamaica’s candidature is an important signal of our maritime status and reputation at the international level and underscores the importance we ascribe to the IMO and our involvement in its work.”