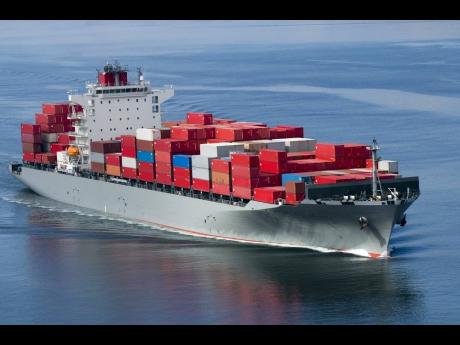 Contributed
The container shipping industry will surpass US$100 billion amid increasing freight costs driven by the pandemic.

Carrier companies are expected to post US$100 billion in combined profit for the first time this year.

The projection was made by global shipping consultancy Drewry in its most recent Container Forecaster report.

The news comes despite operational challenges posed by the pandemic, including the ongoing shortage of containers and congestion at seaports, the firm stated.

The historic figure will be met amid increased freight rate of roughly 50 per cent as cargo passing through ports internationally is set to increase 10 per cent, up to 873 million 20-foot equivalent units, over 2020.

According to Drewry, “We are now forecasting industry earnings before interest and taxes (EBIT) of approximately US$80 billion for this year, up from our previous estimate of US$35 billion. If freight rates surpass expectations in the remainder of the year, we would not be surprised to see an annual profit line in the region of US$100 billion.”

It continued that further disruption to the supply chain will affect prices weekly, noting, “We are now getting accustomed to seeing triple-digit annual growth rates for spot rates on most lanes. That these instances are no longer shocking is further proof, if needed, that the market truly is crazy right now.”

The higher-than-usual freight rates saw profits by carriers climb to US$27.1 billion in the first quarter, an increase from the US$1.6 billion posted in the corresponding period last year, Drewry revealed.

The first-quarter EBIT performance was so impressive that it surpassed the full-year total of US$25.4 billion seen in 2020.

“Port congestion and equipment availability challenges, for example, have not gone away and continue to drive market prices, but what is different from three months ago is that some of the numbers are much bigger,” Drewry noted, in explaining the larger figures.

There will be little ease for customers this year as container volumes will continue to rise in the third-quarter peak season, before ending the year at the estimated 10 per cent growth.

However, the coming year may provide some relief with freight rates forecast to soften, with EBIT declining by about a third. However, rising costs and many carriers locking in expensive longer-term charter fixtures will likely materialise “another astonishing performance by historical standards”.