Ports are a catalyst for development and growth, says KWL chief executive 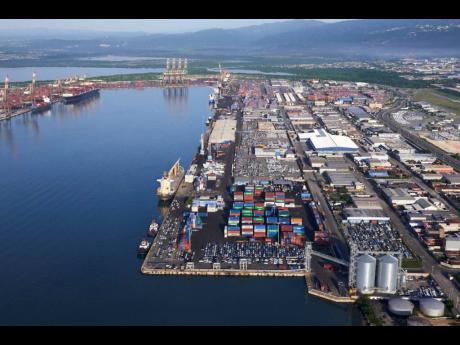 Ports are crucial to the development of nations, particularly in emerging economies such as Jamaica, said Mark Williams, chief executive officer at Kingston Wharves Limited (KWL).

In his presentation, which focused on ‘port operations efficiency and its role in trade facilitation’, Williams said the role of ports in trade is generally as a catalyst for development of any nation. “The maritime sector offers the most economical, energy-efficient and reliable mode of transportation over long distances,” he said, adding, “Container ports and multipurpose ports, like Kingston Wharves, are critical nodes in global supply chains and central to the growth strategy of emerging economies.

“In many cases, the development of high-quality container ports, its infrastructure operated efficiently, has been a prerequisite to successful, export-led growth strategy. It suggests, therefore, that an effective port is an enabler for economic growth and development. As I said, it facilitates trade and it integrates logistics.”

He said the list of indicators used to measure port and port terminal efficiency is expanding, with port performance becoming multidimensional and operation performance increasingly critical.

“Port performance is also measured based on environmental concerns and, certainly in Jamaica, the port sits in the seventh largest natural hub in the world and therefore, when you talk about port efficiency, you want to give consideration to environmental issues.”

He said there are significant challenges facing Jamaica with its port ranked in the lower tier in terms of productivity and efficiency globally. However, trade facilitation can be improved with a cultural shift, improved technology, the creation of an enabling environment and a favourable legal and regulatory framework.

“To move ahead in trade facilitation, we need the right partnerships. We believe that, for partnerships, there must be a shift in cultural mindsets. We must recognise that ports are a vital facilitator of trade and should be facilitated as such,” he said. “We want to increase the cross-agency dialogue and conversations, and that is why it is so important that today’s forum is taking place, because it is truly an opportunity for us to increase dialogue.”

Speaking to the increased use of technology, Williams said KWL embraces the Port Community System, which enables the secure and reliable exchange of information among public and private stakeholders, and Asycuda World, a web-based application that allows JCA clients to carry out electronic transactions. “I would suggest that some of our business partners would also need to embrace technology,” Williams said. “Over the past few months, we have introduced a clearance system for our warehousing opportunity, what we call Click N Collect, and we would certainly want our business partners to embrace what we’re doing on that.”

Click N Collect is an e-services portal that facilitates contactless pre-clearance and door-to-door delivery for personal shippers, sparing them navigating the cargo clearance process themselves.

The legal and regulatory framework in which Jamaica operates is also an opportunity for partnership, he said, before acknowledging the JCA for its discussions with the Shipping Association of Jamaica, and the shipping community, in the review of the Customs Act of 2019, which is intended to repeal and replace the existing legislation.

The intended biannual symposium also included presentations by Asha Menon, vice-president of global customs compliance and regulatory affairs at DHL Express, who highlighted the importance of trader compliance to trade facilitation, and Andre Williams, the JCA’s chief information officer, who discussed the agency’s increased use of technology.