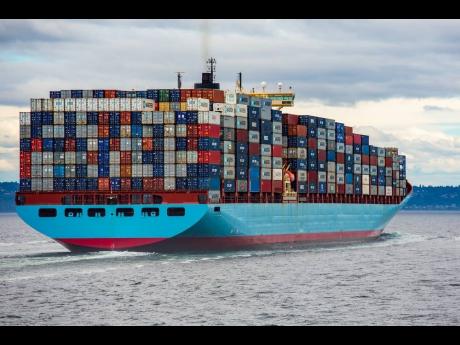 Contributed
Timing the return of the container shipping market’s return to normal remains uncertain due to ongoing issues in the supply chain.

The pandemic-fuelled increased costs associated with the container shipping market may be coming to an end. That is the assessment of global shipping consultancy Drewry in its recent Container Forecaster report.

Shrunken demand has pushed freight rates lower on a weekly basis over the last four months, with high inflation eroding confidence that those volumes will return, it shared. “It certainly feels like we are at the beginning of the end of the container market bull run,” said Drewry.

“Shipments along most trade routes are also down on the same point a year ago, with high inflation eroding confidence that volumes will stage much of a comeback,” it added.

Although carriers were able to post significant profits, even while moving fewer containers, the firm notes that liner share prices are down about 22 per cent since the start of the year.

However, while the prolonged boom has waned in recent months, the report warns against expecting a quick return to normalcy. “We always knew that extreme freight rates were unsustainable, the only questions were, when the market would turn and then, how quickly?”

The Container Forecaster report outlines that while the container market has turned, the winding down of high rates will take time. In fact, it may be well into the coming year before there is a significant decrease in cost to consumers and profit to carriers.

Despite the market’s ebb from its historic highs a year ago, carriers continue to hold the ace card because of supply-chain congestion at ports, said Drewry. “Take that away, and we would expect to see a very swift normalisation of the market.”

Ongoing bottlenecks, particularly at North American ports, will persist as the number of containerships waiting outside ports continues to grow. “Yet, while congestion issues remain challenging across the world, they are clearly not having quite the same influence on pricing as they did previously, as evidenced by falling spot rates over the past few months.

“The situation is still bad enough to prevent a precipitous collapse in short-term rates, but it seems that sentiment for the global economy and container demand is reasserting itself as a pricing driver.”

What is more, China’s pursuit of a zero-COVID policy may continue to create disruptions for supply chain recovery. That uncertainty may be further affected by port labour negotiations on the US West Coast and the high risk of inflation-induced labour shortages, which it considers “wildcards”.

Notwithstanding, the container shipping market is projected to grown 2.3 per cent in 2022, downgraded from 4.1 per cent, although Drewry concedes that forecast is “certainly not a given, especially with the speed at which economists are downgrading GDP (gross domestic product) projections.

“A harsher than expected slowdown in volumes, or a contraction, would both hasten the spot rate decline and reduce the time it would take to clear port bottlenecks,” it continued.

Looking ahead, it says it foresees a significant loosening of the container market in the second half of 2023, when supply chain congestion is expected to have cleared. It concluded that the end of the containers boom cycle will require a paradigm shift from all stakeholders.

“Ocean carriers need to address the looming environmental and overcapacity risks by scrapping older, less green ships, while shippers might be wise to wait to the market to come back to them before committing to lengthy contracts.”