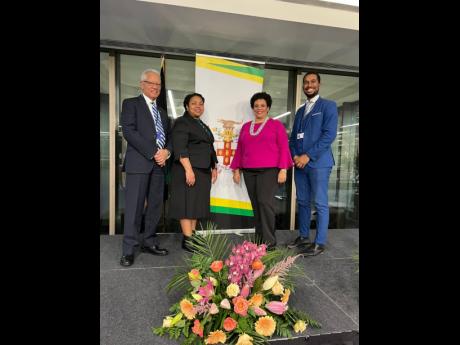 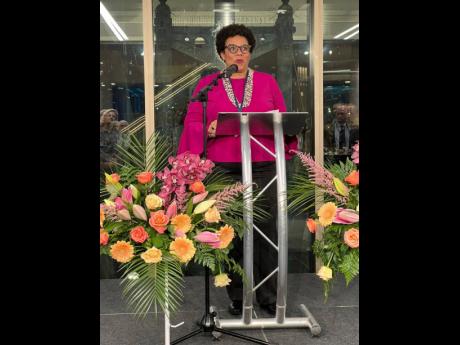 Jamaica underscored the importance of being at the heart of international maritime regulation by holding a reception in London last Thursday to launch its campaign for re-election to Category C of the Council of the International Maritime Organization (IMO) for the 2024-25 biennium.

The event’s host, Corah Ann Robertson Sylvester, chair of the Maritime Authority of Jamaica (MAJ) said, “Jamaica’s continued membership in Category ‘C’ of the IMO Council will continue to improve our country’s capacity, and that of the Caribbean region, to contribute to major policy decisions, rule-making and the development of standards at international level.”

Robertson Sylvester outlined how Jamaica’s continuing membership on the council will ensure the interests of the member states of the Caribbean Community (CARICOM), as well as of the Small Island Developing States (SIDS) and Least Developing Countries (LDCs) continue to be adequately represented and defended within the IMO. “Climate change is of great concern for every state, and SIDs and LDCs suffer its impacts disproportionately. Jamaica supports the IMO and the global efforts to achieve zero greenhouse gas emissions from international shipping. We are involved in many initiatives, including GloMEEP, as a Lead Pilot Country to combat climate change by reducing emissions from international shipping, and we are tasked to transfer knowledge gained to the rest of the Caribbean and other SIDS.”

As a current member of the council, Jamaica contributes to the work of the IMO, promoting adherence to international maritime standards and regulations. The nation participates in the council’s reform work, including supporting the concept of a broader and more equitable representation geographically and the recognition of special status of SIDs and LDCs.

Additioally, Jamaica continues to serve on the IMO’s panel of competent persons, established under the International Convention on Standards of Training, Certification and Watchkeeping for Seafarers, 1978 as amended. The country has demonstrated its commitment to the Voluntary IMO Audit Scheme and was audited in 2011. Jamaica also supported the implementation of the scheme through the provision of auditors and lead auditors for the conduct of audits of member states and stands ready to assist other states in the region to prepare for audit under the IMO member state Audit Scheme.

The Government of Jamaica submitted its candidature for re-election to Category ‘C’ of the Council of the International Maritime Organisation for the period 2024-2025, at elections to be held during the 33rd Regular Session of the IMO Assembly in November 2023 in London, United Kingdom.

Robertson Sylvester said, “It is important for Jamaica to be re-elected to the council as a responsible maritime nation that represents the interests of Caribbean states, small island developing states, and least developed countries. We are fully committed to, and involved in, the work of the IMO.”