Shipping industry: The year that was 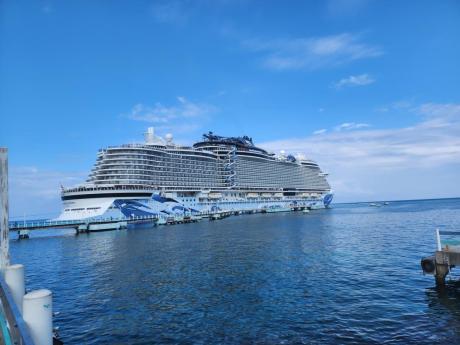 Contributed
The ‘Norwegian Prima’ cruise ship docked at the Ocho Rios Cruise Terminal in St Ann during its inaugural call to Jamaica on December 20, 2022. 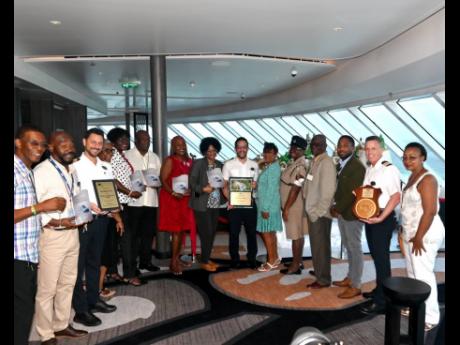 The year 2022 was an extraordinary period for the shipping and logistics industry, but that term was also used to describe the two years preceding it. The common factor among all three was the COVID-19 pandemic, which placed massive strain on the sector globally through supply chain issues, labour shortages, travel restrictions, port logjams, and more.

As the industry optimistically looks towards to a less tumultuous year, we look back at the events which characterised the industry and shaped the year that was.

Internationally, container shipping had one of its most profitable years yet, as continued shortages and increasing demand led to soaring freight rates. While the pandemic-driven shortage began to ease towards the latter part of 2022, prices remained significantly above pre-COVID levels, with the final figures projected to top the record of US$150 billion set the previous year.

The Shipping Association of Jamaica (SAJ) launched its Hall of Fame in April 2022, following an announcement at its annual general meeting in 2021. The Hall of Fame recognised over three dozen men and women who made invaluable contributions to Jamaica’s modern shipping industry, the region, and the world at large. The inductees, who represent executives, port workers and trade unionists, among others, were highlighted in a 24-page supplement which appeared in both national newspapers.

Terminal operator Kingston Wharves Limited (KWL) moved ahead with planned investments in capital projects to expand its operations and diversify the cargo type it handles. Included among its projects are the acquisition of a new crane to load and unload cargo and the development of Berth No. 7. What’s more, KWL will also build a warehouse complex at Ashenheim Road in Kingston to allow third-party companies to operate near-shore business. The developments will add to Jamaica’s appeal as a near-shore territory and form part of its movement towards becoming a global logistics hub.

THE RETURN OF PHYSICAL CONFERENCES

Much of the pandemic was typified by social-distancing requirements that all but prevented large, in-person gatherings regionally. With greater vaccination rates and growing information on the spread, prevention and treatment of the virus – which claimed the lives of over 660 million people worldwide – regional stakeholders returned to the first physical staging of the Caribbean Shipping Association’s (CSA) Caribbean Shipping Executives’ Conference in Doral, Miami. This was followed by the association’s Annual General Meeting, Conference and Exhibition in San Juan, Puerto Rico, both of which attracted approximately 300 delegates. The events marked the CSA’s first physical conferences in almost three years.

As part of its thrust to encourage and support the participation of more women in maritime activities, the CSA partnered with Women in Maritime Association, Caribbean to undertake initiatives which advocate for positive change to issues affecting women and the industry. These include contribute research and development on maritime issues and gender equality; network, support and mentor women in the sector; support training and advocacy; and promotion of the sector as a viable option for all. The memorandum of understanding was signed between the two bodies during the CSA’s annual general meeting in San Juan, Puerto Rico.

The past year saw the delivery of three reports by the Caribbean Research Institute, an offshoot of the Caribbean Shipping Association created to provide region-specific data to help improve efficiency, production and output. The reports provided data and analyses on regional trade, transport, and ports to address gaps in information. Importantly, the third report also considered global economic shocks related to Russia’s invasion of Ukraine. One conclusion is that the Caribbean was a largely affected area, both in a general sense and also because of the “particular relevance of both tourism and trade in the region”. With the pandemic forcing businesses to streamline and retool their operations, resources such as this will become increasingly important in the decision-making process.