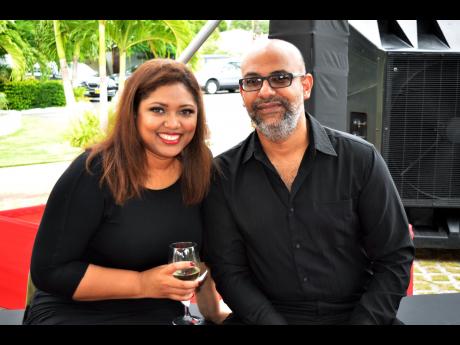 Contributed
'Trini Jeanette La Caille and her fiancé Jason Delvaille at the unveiling of a plaque commemorating the acquisition of the new offices of the High Commission of the Republic of Trinidad and Tobago. 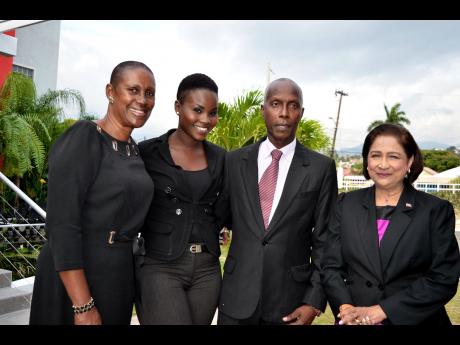 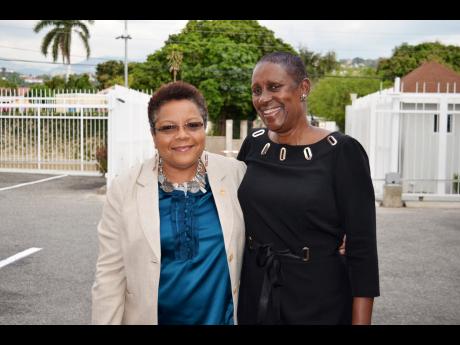 Contributed
High Commissioner to Jamaica for the Republic of Trinidad & Tobago Dr Iva Gloudon (right) with Elizabeth Johnson, Representative of the Inter-American Institute on Agriculture in Jamaica (IICA).
1
2
3

Prime Minister of the Republic of Trinidad and Tobago Kamla Persad Bissessar unveiled a plaque celebrating the acquisition of the country's first fully-owned high commission in Jamaica last Thursday.

Persad Bissessar said that, having established its diplomatic mission in Jamaica 52 years ago, the event was "symbolic of our belief and mission to ensure that, even as we enjoy a long history of good relations, we always do more to enhance our relationship as CARICOM nations and as friends".

She said that the event was steeped in the story of two nations that share a long, cordial history of growing together, working together and achieving together. Highlighting the geographic locations of both countries, she said that Jamaica and Trinidad and Tobago could be considered the sentinels of the region - Jamaica at the northern end of the archipelago of English-speaking Caribbean islands, and Trinidad and Tobago at the southern end. The two, she said "are the two most influential and populous nations of the 15-member Caribbean Community", two countries that took hold of their destinies in 1962 when they became independent, and "are bound by history and hope".

The prime minister noted that the new high commission building "provides the platform upon which the national flags of the two countries can fly side by side as part of the landscape of Jamaica", and she is certain that the 8,000 Trinidad and Tobago nationals who reside in Jamaica will find comfort in seeing their nation standing together in principle and practice.