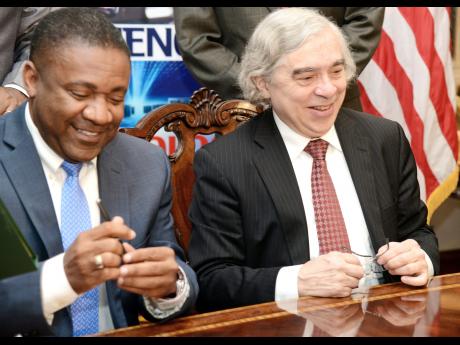 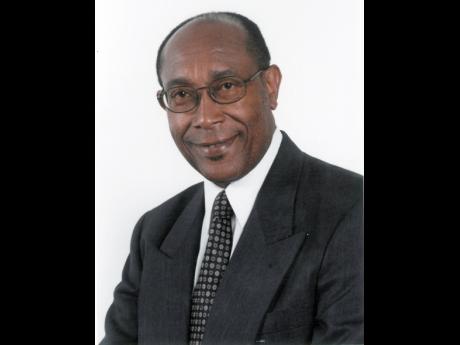 Just over a year after it's official opening, the Eden Gardens Wellness Resort and Spa scored a major coup, after playing host to Dr Ernest Moniz, United States of American Energy Secretary and a member of the Obama cabinet, during their recent visit to Jamaica.

During his stay, the governments of Jamaica and the United States signed a Statement of Intent outlining the planned areas of co-operation on the development and deployment of energy-related technologies between both countries. The signing took place at a private meeting and press briefing in the resort's boardroom.

The Eden Garden Wellness Resort and Spa, located at 39 Lady Musgrave Road, was comprehensively redeveloped to become one of the premier destinations in the capital. It is ideally located in close proximity to several embassies and ambassadorial residences and the New Kingston business district.

Chairman, Dr Henry Lowe, in expressing his delight at the special guest, said, "the property has become the place of choice for several high-level meetings. I believe that our convenient location, boutique like ambience and tropical oasis feeling in the middle of the city gives a sense of privacy and a superior level of personal engagement."

Eden Gardens received the Award of Excellence for guest reviews in December 2014 by Booking.com, and was also nominated in the 2014 category of Corporate Social Responsibility for the AMCHAM Awards and by the Hospitality Awards in the categories of Best Small Boutique Hotels and Eco/Sustainable Tourism.