US Embassy celebrates 239 years of Independence 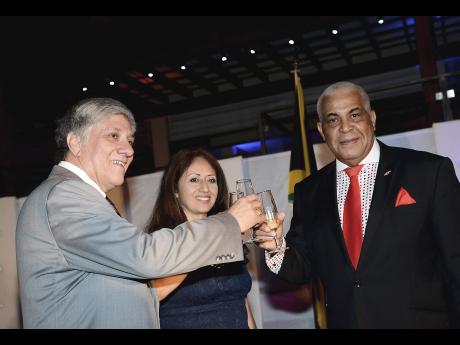 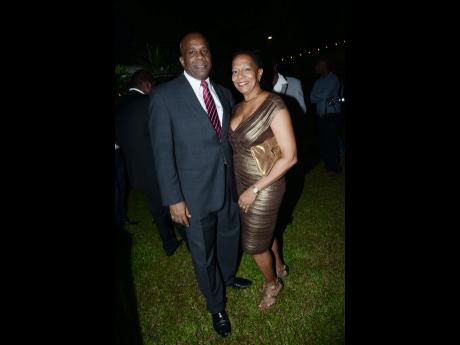 Winston Sill
Greg Christie and his wife, Jan partied under the stars with the US Embassy and specally invited guests. 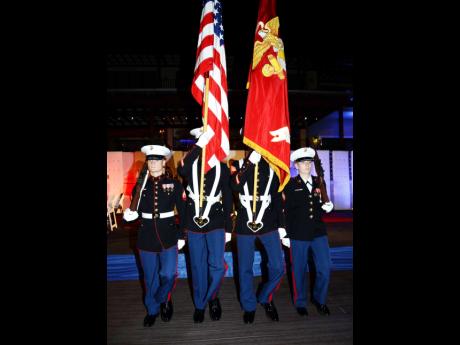 Winston Sill
Members of the US Marine Security Detachment during the official proceedings.
1
2
3


The sound of the 257 Army Band out of Washington, DC, captivated guests with a number of astounding selections followed by the ‘marching of the flags’ executed by the US Marine Security Detachment and the singing of the Jamaica and US national anthems by Monique Morgan-Reid and Gina Cooper, respectively.

Minister Pickersgill spoke on behalf of the Prime Minister, while in his address Ambassador Moreno quoted a reading from President Obama’s fourth of July speech. Both spoke of the relationship, unity and brotherhood between both nations, and the United States', contribution to Jamaica’s development.

After the formalities it was a time for celebration as guests enjoyed margaritas and various libations from the Premium Bars, all accompanied by scrumptious cuisine. When the dance floor opened, it was partying all night long as guests hit the dance floor and showcased their moves to the beats of  DJ Skitta.