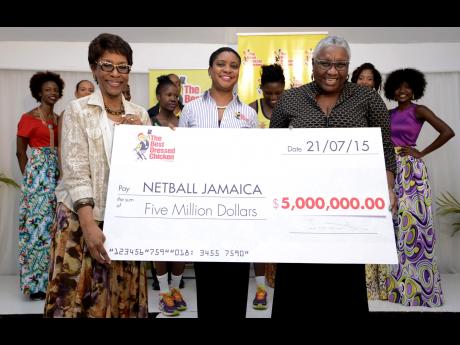 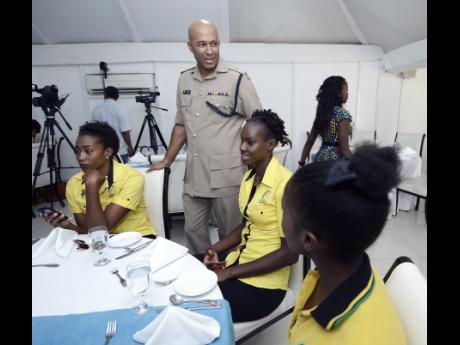 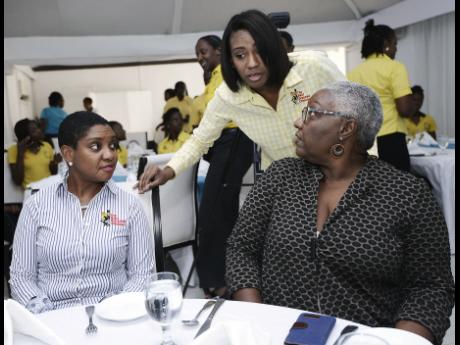 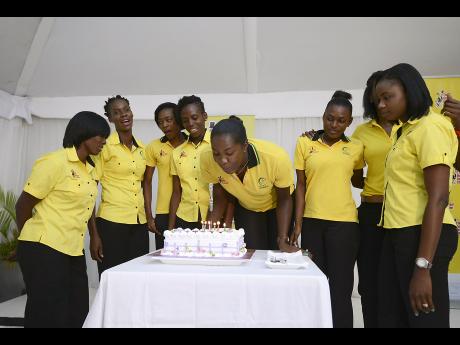 Jhaniele Fowler-Reid blows out her birthday candles surrounded by her teammates.
1
2
3
4

The Jamaica Sunshine Girls were fÍted by Best Dressed Chicken on Tuesday at the Spanish Court Hotel as they get ready to head to Australia for the 14th Netball World Cup.

For more than four years, Best Dressed Chicken has been supporting the National Netball Programme and presented the teams with their wardrobe for Australia, designed by Neahlis, and a cheque valued at $5 million dollars.

To top the surprises, the team's gold shooter, Jhaniele Fowler-Reid, was presented with a surprise birthday cake.

"Today, we want to let the Girls know that we are behind them all the way, and we know they will do their best and make Jamaica proud," said Joan Forrest-Henry, divisional sales and marketing manager at Best Dressed Chicken.

Marva Bernard, president of the Jamaica Netball Association, was very gracious, saying, "Nothing less than a podium finish is expected at the Netball World Cup, and we want to at least improve on our bronze medal from last year's Commonwealth Games."

The team, which leaves the island on July 30, is scheduled to have its first preliminary match against Samoa on August 7 and will go up against England the following day.