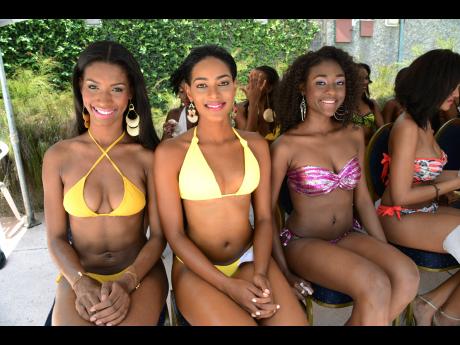 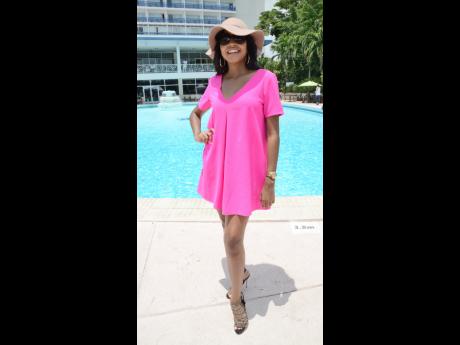 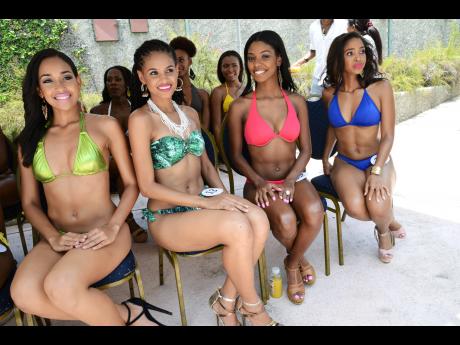 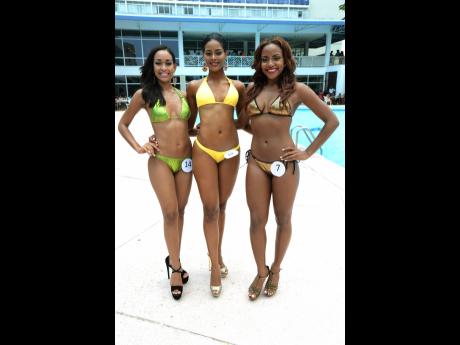 Screams and cheers echoed from the balconies and poolside as the girls paraded around the pool, giving audience the opportunity to see their beauty up close and personal.

In swimsuits of various colours and designs, accompanied by matching accessories topped with beautiful smiles and personalities, it was a tight battle.

After much anticipation, it was time for the panel of judges - Sophia Max Brown, Tommy James (chief judge), Laura Butler, Sonia Alam, and Steven Ming - to reveal their top five, which will include the contestants selected for the best skin tone, figure, and legs.

The girl who has it all and wins will secure her place in the top 15 at the MJW Grand Coronation show on August 15, at the Montego Bay Convention Centre.

But it was McKinley who came out on top and also copped the prize for best figure. Talia Soares was second with best skin tone, Royanne DeSilva third, and Jovi Jaja capped the best legs award.

McKinley told Today that she had been preparing for three years and her hard work had finally paid off. She believes that there is always room for improvement." I haven't been doing the best that I know I can because of my preparation for school, but I never entered an engagement without commitment, and for the rest of the competition, I will be prepared because my only aim is to continue to do my absolute best," McKinley said.

The judges all agreed that it was very difficult to choose the top five because all the girls have very nice bodies. "It is harder when it comes on to judging beach beauty - it is more detailed, it's about tone, shape, figure. These girls entered the gym earlier than normal, and they have been paying attention, and they all have fantastic bodies. The end result might surprise many on August 15," Butler said.

Ming, the girls' personal trainer, said that he was happy to have been one of the judges as it has made him aware of what each girl needs to work on. "All the contestants are winners; however, there are still some physical aspects that need to be worked on, and I will be sure to target them when I meet with each girl."