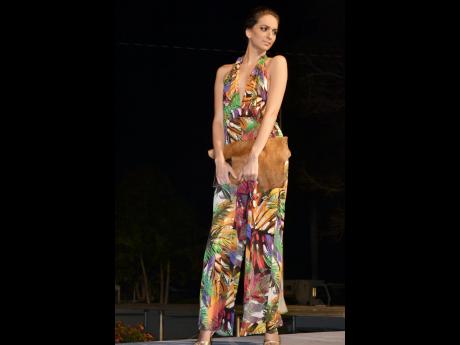 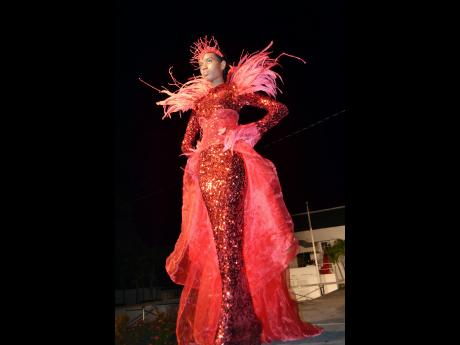 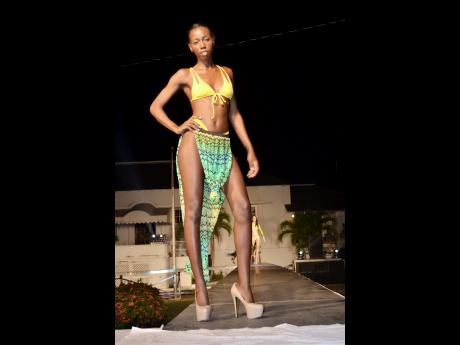 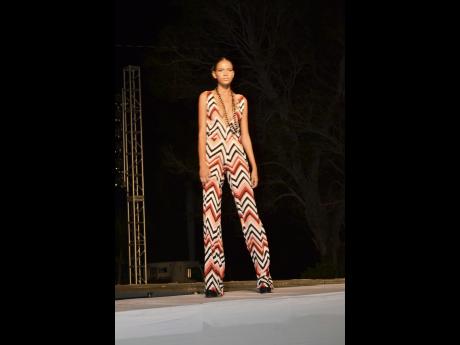 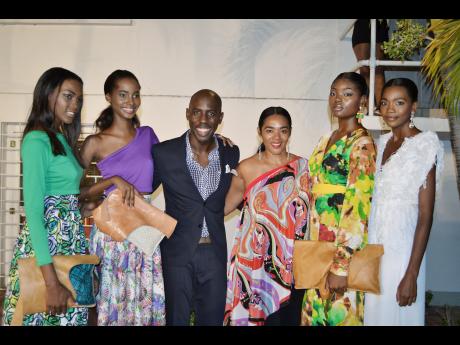 With the majestic Halse Hall Great House serving as the backdrop, Clarendon Fashion Escape unfolded in fine style on Sunday.

Laid-back, sophisticated ensemble was the order of the night for enthusiasts who came out to enjoy the evening's fashion fare. From full-figured nymphets in empire-waist mini-dresses paired with five-inch wedges to statuesque goddesses in flowing jumpsuits complemented by stately clutches, everyone was in model mode.

The Campari-sponsored three-segment show featured outfits and accessories from a number of renowned designers, ensuring no taste was left unattended to. The designers represented themselves superbly, undoubtedly with the assistance of Saint International's lithe models and well-muscled men, who rocked every piece with 'Saint'-like swagger.

Strutting the runway to EDM selections, the models donned pieces by opening designer Cecilia Devana, who showcased edgy outfits dominated by red and gold, and Kadian Nicely, whose dresses in shades of deep red served to whet the appetite of the fashion-hungry crowd. Designer Nina's crochet swimsuits were a hit with the men in the audience, who paid very keen attention to the models sauntering down the catwalk in predominantly two-piece suits.

Avant Garde designer Gregory H.O.D. Williams outfitted the models in vintage designs with a funky, modern twist as DJ Elmo had them walk to The Weeknd's hit song, Earned It, and a lesser-known Asian-influenced instrumental.

Describing the collection as "a kaleidoscope of tropical paradise", Saint International CEO Dewight Peters invited the multitalented Lisa McIntosh-Aris of Neah-Lis to open the second segment with her designs, which were a true embodiment of laid-back, tropical sophistication.

Segment three saw the presentation of the Campari-inspired collection, Flights of Fashion Fantasy. This consisted of flamboyant haute couture pieces, each designed by an Avant Garde competition designer.

Accessories by Iela received a warm reception as a number of her pieces were sported by topless men - of course, only to ensure the necklaces and bags were properly shown.

Delisser Martin sent the models down the runway in her swimsuit collection, which boasted a number of interesting textures and patterns, and Tasha Simone Gordon kept it colourful with African prints and bright, tropical colours.

Closing the show was Kurt Campbell, who showcased fashions with a "vintage-mod" flair.