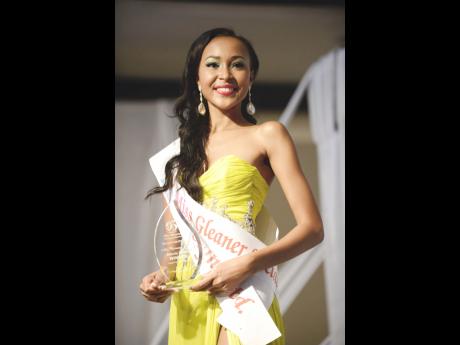 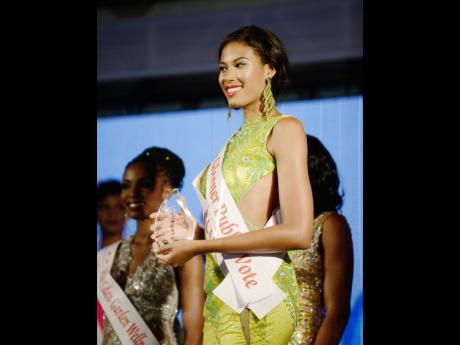 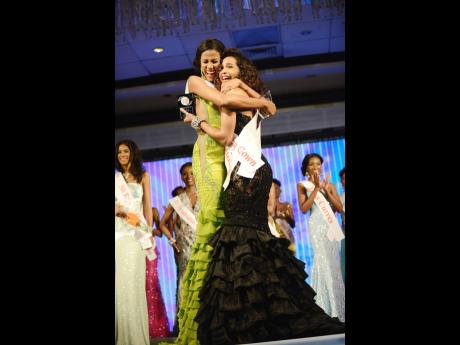 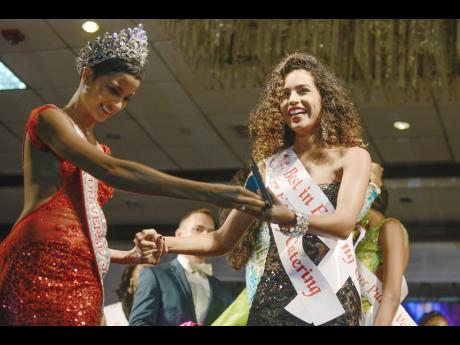 Beauty ... Wellness ... Fashion. That was exactly what contestants represented last Saturday night as fashion enthusiasts and well-wishers came out in their stylish numbers to support them at one of the highly anticipated pageantry event of the season - Miss Universe Jamaica.

VIPs made their way on the red carpet on the outskirts of the major ballroom while those in general walked through the lobby of The Jamaica Pegasus hotel with posters in hand to cheer on their contestants.

The main event was hosted by the lovely Terri-Karelle Reid and handsome Steve Ferguson, who effortlessly guided the audience through the night's proceedings. Pretty soon, the 25 contestants graced the stage in a dynamic opening number, greeted by roars of applause. During their introductions, Michaela Ramlal, Melissa Tulloch, Tasmin Golding and Anita Clarke stood out not only for their poise, but for the thunderous appreciation from the crowd.

Then it was on to the sizzling swimsuit section, where the contestants' toned bodies were adorned in Loran V designs. For evening wear, Uzuri took everyone on a 'journey' and mesmerised with sheer glitz and glam. After this, the 25 contestants dwindled down to the top 12, with the contestants speaking of their dreams and aspirations.

In no time, the 12 was halved to six for the nerve-wracking question-and-answer portion of the competition. Shana Simpson, Kellon Williams, Michaela Ramlal, Rohannia Mooyin, Sharlene Radlein, and Tasmin Golding all made honourable attempts to wow the judges with their intellect and eloquence, but there could only be one winner.

Sectional prizes for the night included: Gleaner Online Social Media award, which went to Kellon Williams; Miss Congeniality, awarded to Khloe Clarke; Runway Star Award earned by Tricelle Powell; Best in Swimwear was won by Danisha Scott, Kerissa Nelson walked away with the style award, the photogenic award was captured by Samantha Williams, Sharlene Radlein prevailed as the best in evening gown, while Melissa Tulloch and Nicole Stoddart won the awards for most aware and best personality, respectively.

The outgoing Miss Universe Jamaica 2014 Kaci Fennell delivered an emotional farewell, highlighting her incredible journey on her quest to achieve greatness at the 2014 Miss Universe showcase where she placed in the top five, but shattered social media with tweets about her poise, grace, personality, and unconventional beauty throughout the competition. Now the new ambassador for Ting soft drink, she looked forward to handing over her crown and sash to the new queen.

At the end of the night, it was 24-year-old model Sharlene Radlein, wearing the sash Miss Eskay Catering, who emerged the winner, with Tasmin Golding following in second place and Shana Simpson finishing third to complete the royal circle of Miss Universe Jamaica 2015.