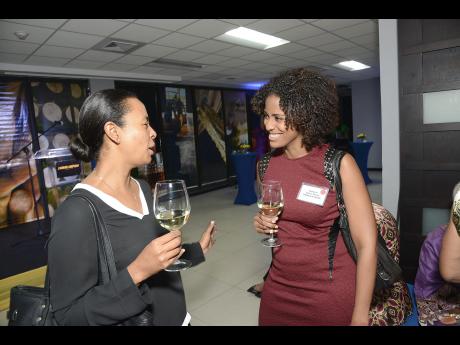 Senator Imani Duncan-Price (right) enjoys a conversation over a glass of wine with Alveta Knight. 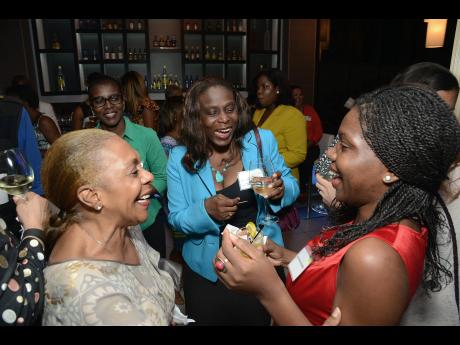 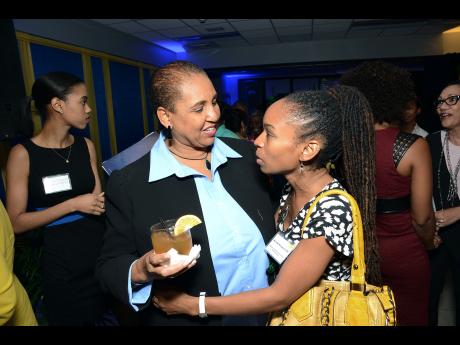 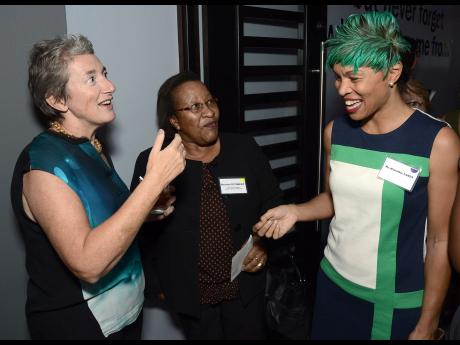 It certainly seems like the colour coordinating skills of Marcella James (right) is a point of interest to Ambassador Amadei (left) and Brenda Cuthbert. 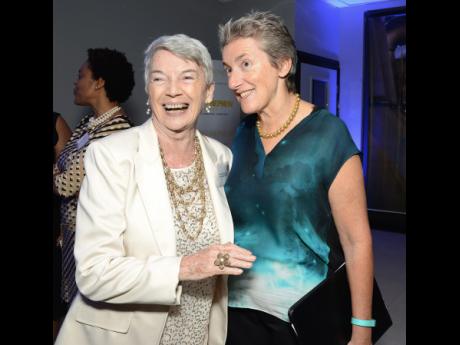 It's all smiles for these two look alikes Glynne Manley (left) and Ambassador Paola Amandei.
1
2
3
4
5

There was a smile on everyone's face - and it had nothing to do with the premium libations that were available at the home of the famous Jamaican Rum.

Event at the swanky @twentythree on Dominica Drive in New Kingston.

Most of the guests had already attended at least one of the previous events, so they were familiar with the drill, so familiar that it was like a gathering of chums.

While the evening was dubbed 'Conversations Over Wine', it went beyond surface value. It provided an informal space for women, who may have otherwise met, to discuss issues relevant to them.

It also promoted activities related to women such as the Endometriosis Walk, which began in 2014; the brand of jewellery made by women in the Fort Augusta correctional facility; as well as the acceptance of two Jamaican senators - Imani Duncan-Price and Kamina Johnson-Smith - to the EU's Visitors programme.

All these the ambassador highlighted in her brief presentation, adding, "For us at the Delegation, local partnership symbolises not just cost support, but vested interest in gender affairs and equality."

She noted that the network was one way in which companies and organisations can support discussions and create a platform for solutions on gender-related matters. She encouraged all present, who were members of an organsiation that they believed would be interested in supporting the initiative, to promote it among their colleagues.

It was a room saturated with female power. And for good reason as Greta Bogues, senior director of corporate affairs and external communications at J. Wray & Nephew, noted: "If you empower a woman, you empower a whole nation."

Empowering has never been so much fun as the women enjoyed a six-course wine-paring session with caterer extraordinaire Susan Couch and resident wine educator Debbie-Ann Minott.