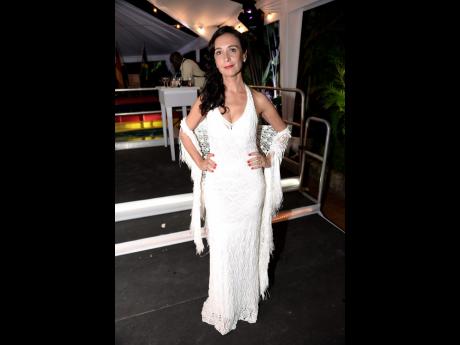 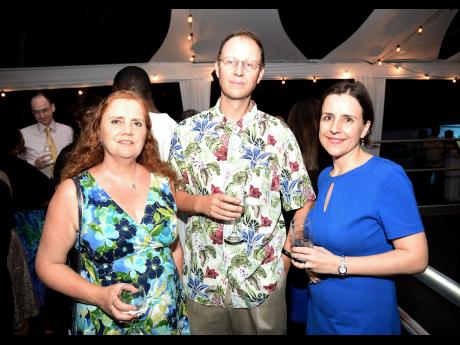 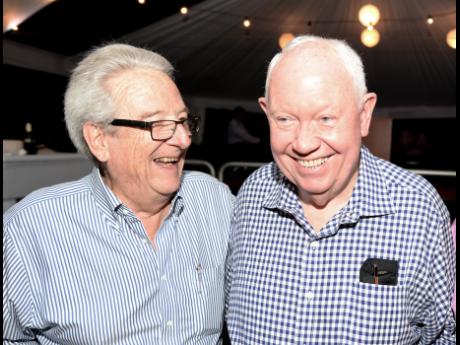 Jermaine Barnaby
Captured having a laugh are Peter Bangerter (left) and Christopher Bovell. 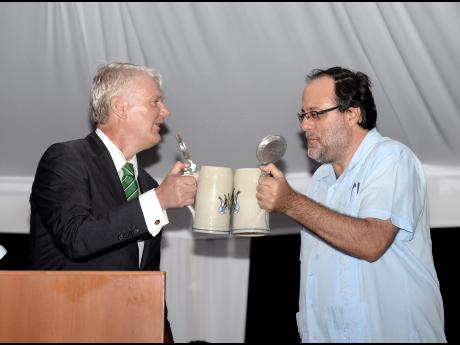 Jermaine Barnaby
With beer mugs in hand, Ambassador to the Federal Republic of Germany Joachim Christoph Schmillen (left) and Minister of Justice Mark Golding make a toast to the German Day of Unity.
1
2
3
4

It was "Prost!"("Cheers!") all around for the 25th anniversary of the annually celebrated the German Day of Unity. Members of the diplomatic and consular corps, government officials, and other specially invited guests made their way to Jacks Hill in Kingston on Wednesday night to commemorate the historic occasion.

The scene was beautifully set. A red carpet surrounded by lush greenery greeted guests. Waiting with a warm welcome at the end were gracious hosts German Ambassador to Jamaica Joachim Christoph Schmillen and his lovely wife, Maria Toledo De Schmillen.

Then it was off to meet and greet other guests while enjoying fine wine, cocktails, juices and, of course, the wide array of German beers. Streams of pure white signifying positivity, lined with bright lights connoting hope, adorned the designated reception area for the grand affair.

Once the formal proceedings got under way, Toledo De Schmillen did the honours of performing live both the national anthems of Jamaica and Germany. Afterwards, the ambassador took command of the floor, wowing the crowd with his wit and humour, while paying homage to his homeland, which was once separated for over 45 years and which reunited 25 years ago with the iconic fall of the Berlin Wall in 1990 to become the Federal Republic of Germany. He also highlighted the remarkable progress the now unified country has made as a nation, tying in the strong relationship that has been built with Jamaica.

Minister of Justice Mark Golding represented the Government on behalf of Minister of Foreign Affairs and Foreign Trade A.J. Nicholson, who was unable to attend. Golding congratulated Germany on reaching an important milestone in history.

Both toasted the crowd with huge jugs of German beer. The night continued with guests enjoying German-inspired German food and drinks before taking to the dance floor.