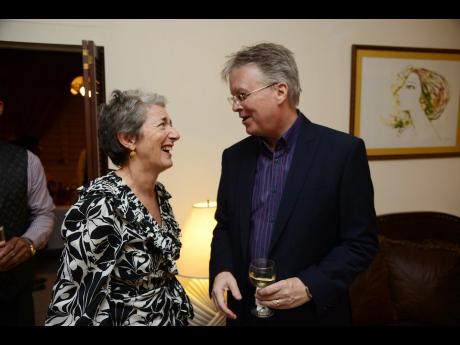 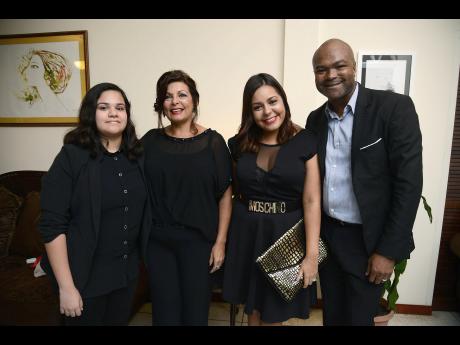 From left: It's a family affair with (from left) Maria Victoria Sanchez Mendoza, her mother, Ambassador Maria Jacqueline Mendoza, her sister, Betzabeth Flores Reid, and her husband, André. 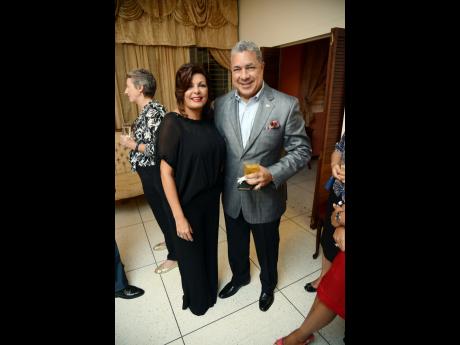 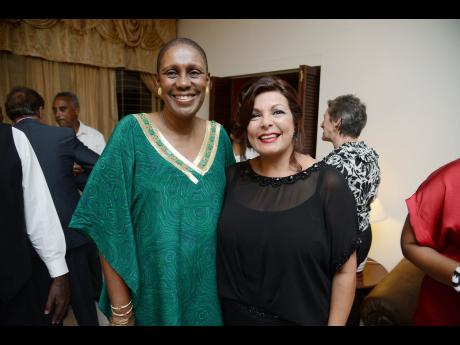 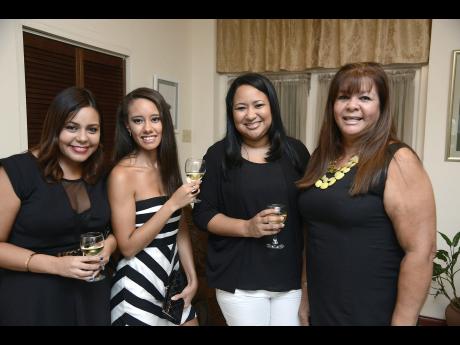 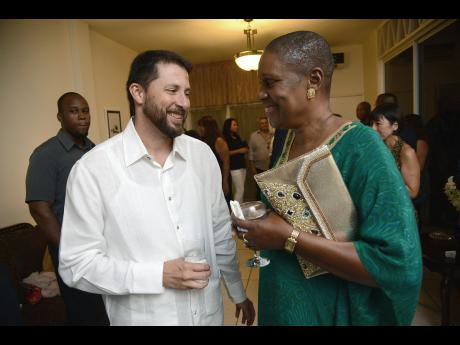 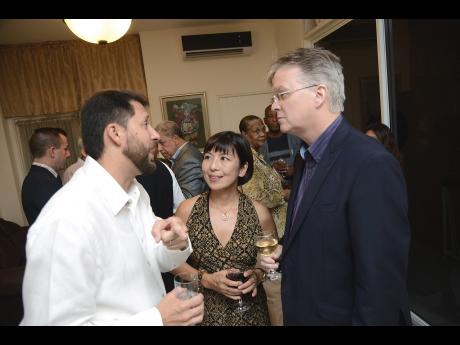 It was a night of 'goodbyes' and 'I will miss yous' from the diplomatic community for outgoing Venezuelan Ambassador Maria Jacqueline Mendoza and Trinidadian High Commissioner Reverend Dr Iva Gloudon.

The residence of the Cuban Ambassador Bernardo Guanche Hernandez was filled with members of the diplomatic family who greeted Mendoza and Gloudon with hugs and kisses.

Ambassador Hernandez described it as an honour to host the farewell reception for the two phenomenal ambassadors, and that he was saddened by their departure. Ambassador of the Dominican Republic Dr JosÈ Tomas Ares mirrored Hernandez's sentiments.

Ambassador Mendoza and Gloudon admitted that they would miss Jamaica, and most of all, its people. Ambassador Gloudon noted that she would also miss the way Jamaicans prepare oxtail.

Mendoza, who has formed lasting friendships, noted that her departure was only a "see you later". She is leaving behind her daughter, Betzabeth, who not only fell in love with the island, but with her husband, AndrÈ Reid, so she will be back to visit her. And on those visits, we are sure she will indulge in the food she will miss the most - jerked pork and chicken.

The night ended with more warm farewells to two women who will be truly missed.