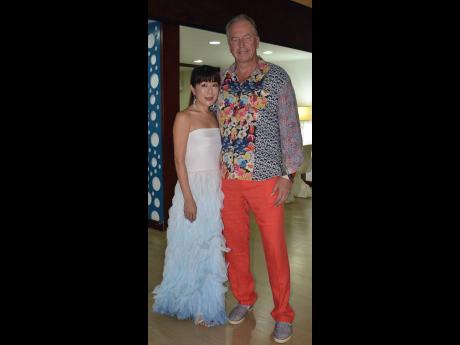 Owner of Hedonism II Harry Lange and his wife, Miroko, at the official opening of the newly refurbished lobby at the Negril-based resort on Sunday. 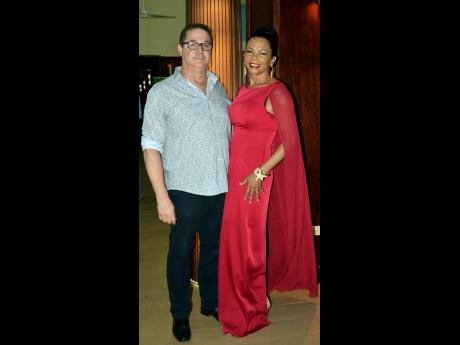 The lobby of the resort was transformed over a six-week period, after other sections of the hotel were remodelled over the past year.

Located at Rutland Point in Negril, Hanover, it's widely acclaimed as one of the world's top nudists resorts. The property first opened in 1976 as Negril Beach Village, but was renamed Hedonism II in 1981.

"They convinced me that they would pull this thing (remodelling) off. We wanted to bring it up to a first-class resort. our guests were very happy, but we felt it was time to do a major renovation.We pulled it off in just seven weeks, which is just amazing" Chairman of Hedonism II Harry Lange told TODAY at the ribbon-cutting exercise.

General Manager Kevin Levee says this 60 per cent repeat rate can be attributed to the bonds guests form with each other and the hotel staff.

"There is no doubt that a big part of Hedonism II is the sensuality and the freedom and non-judgemental atmosphere. That's the big part of who we are, but what really keeps guests coming back are the bonds and the friendships that are formed. People come back year after year, at the same time, and they see the same guests, the same people they were with the last time, and they form lifelong friendships" Levee said.

He added, "You may talk to many Hedonism guests who will tell you that their best friend, their closest friends in life - even closer than family - are the people they have met at Hedonism II, and that is truly the magic of Hedonism II."