A reception fit for an emperor 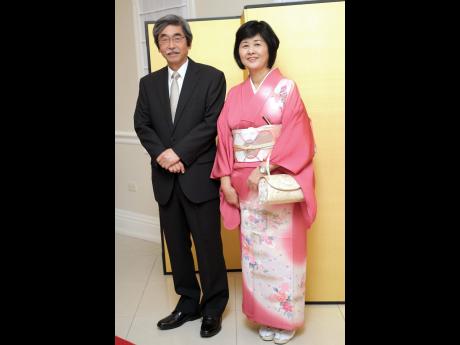 Mikey Wilson
Hosts for the evening Ambassador of Japan to Jamaica Masanori Nakano and his wife, Keiko, give a very pleasant welcome to the guests as they enter. 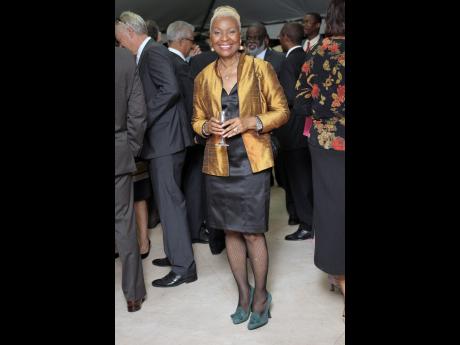 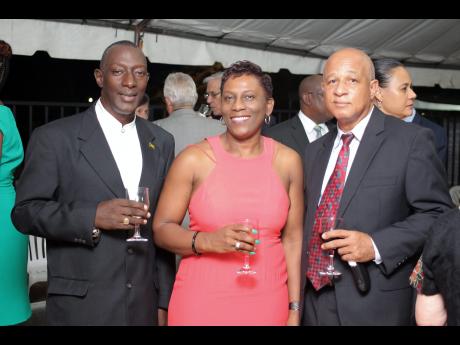 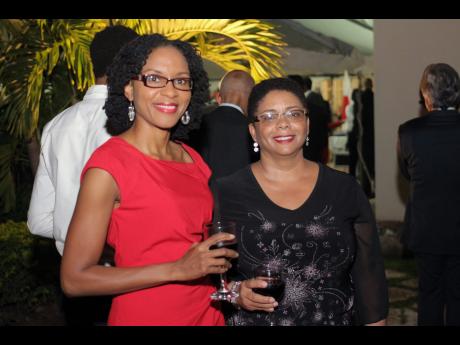 Mikey Wilson
Gal pals Camille Taylor (left) and Yvonne Clarke are among those out to celebrate the royal occasion. 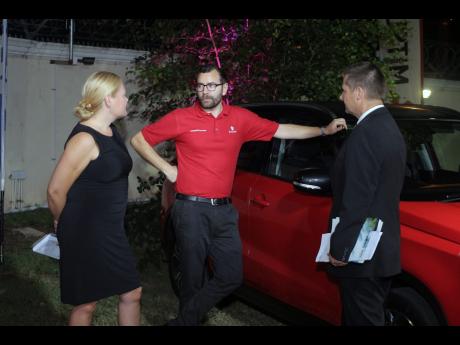 Mikey Wilson
Talita (left) and Pierie Deviliers of the South African High Commission are delighted to hear from Matthew Stevenson of Suzuki Jamaica that the new Suzuki they are enquiring about is also available in South Africa. 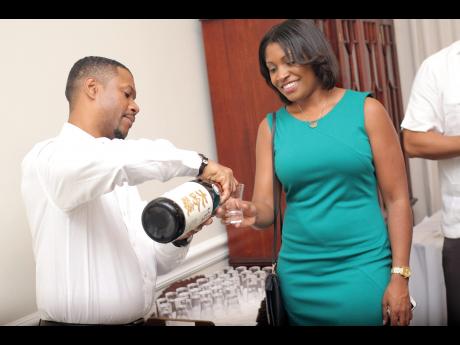 Mikey Wilson
Latoya Harris is all smiles as Courtney Black pours her a glass of sake. 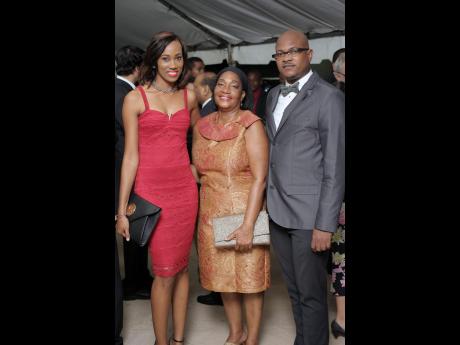 Mikey Wilson
Pausing for a quick snap are (from left) Daina Josephs, Claudia Barnes, former ambassador to Japan, and Stephen Josephs, official representative of the One Love Festival in Japan. 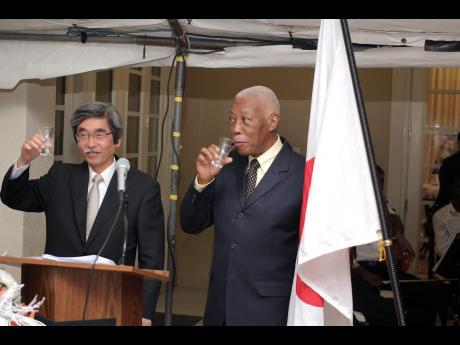 Mikey Wilson
Ambassador of Japan to Jamaica Masanori Nakano (left) and A.J. Nicholson, minister of foreign affairs and trade, raise a toast the continued good relations between Japan and Jamaica. 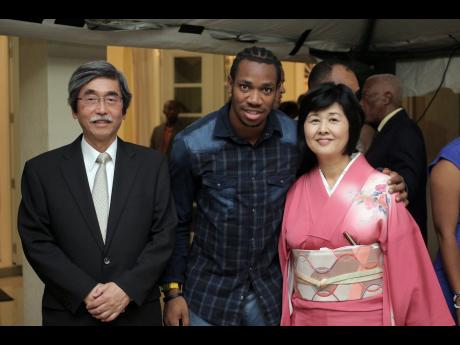 The soothing melodies of the National Youth Orchestra that echoed through the halls, extending to the lush gardens, was a great indication of the kind of celebration ahead - one fit for royalty.

The Emperor of Japan, Akihito, will on December 23, celebrate his 82nd birthday, and to mark the occasion, the Ambassador of Japan to Jamaica, Masanori Nakano, and his wife, Keiko, held a royal reception in his honour.

The ambassador spoke fondly of the emperor during his speech. Filled with comedic elements, Ambassador Nakano was pleased to also report on the various projects which his country has collaborated with Jamaica. This includes the J-J Partnership and the famous calendar event, the One Love Festival.

The ambassador was followed by A.J. Nicholson, the minister of foreign affairs and foreign trade, who maintained the comedic theme, ending with the wish to continue another 50 years of continued corporation between both countries.

Of course, no Japanese celebration would be complete without sake. An entire bar was set up just to facilitate sampling of the fermented rice, but also to educate guests on the process - from polishing to bottling. There were at least seven varietals to choose from.

As if that wasn't enough, the yard was filled with, I bet you guessed it, Japanese-made automobiles - Mitsubishi, Suzuki and Toyota, from cars to trucks to SUVs. Not too far off were the ready-and-raring-to-go sales representatives.