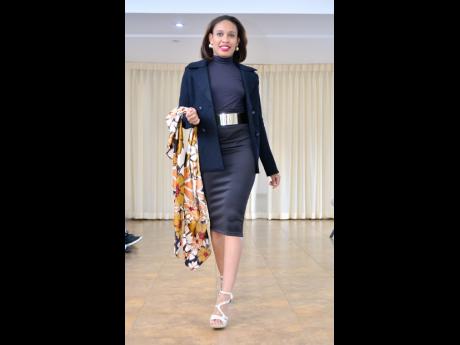 Patrick Planter
Keeping it all black with this black skirt and top courtesy of Heather Laine's basics accessorised with a wool jacket gold belt and scarf. 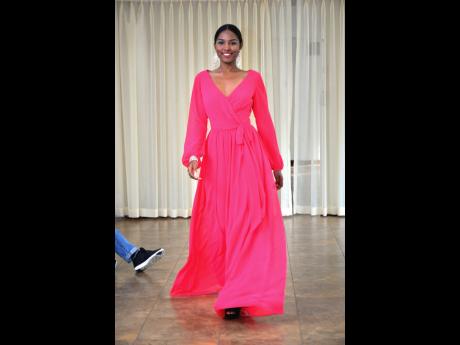 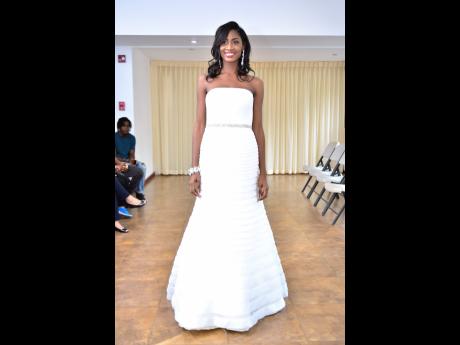 Patrick Planter
For that black tie evening MJW Ashlie White Barrett will be turning heads in this Bliss Bridal gown. 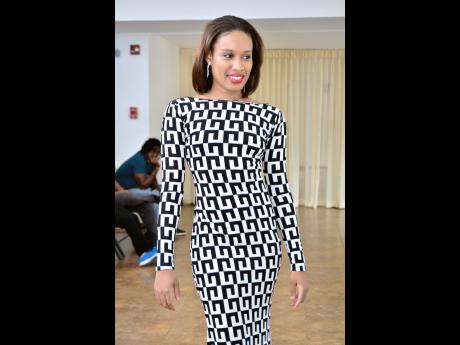 Patrick Planter
This fabulous MOD dress is by none other Heather Laine. 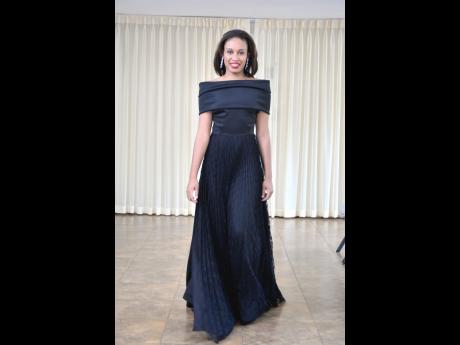 Patrick Planter
Courtney Washington had Barrett modelling this dress for Collection MoDA and thought that she had to have it. 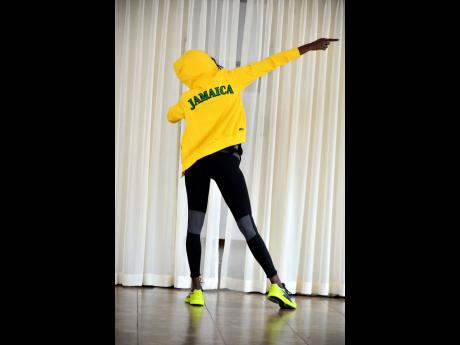 Patrick Planter
This active wear ensemble by Puma was contributed by none other than Western Sports. 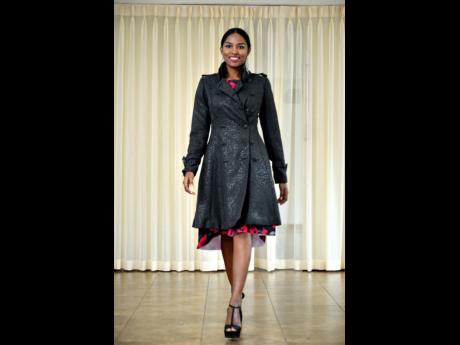 Patrick Planter
This coat dress courtesy of Flowerchild 1999 is a multifunctional as it can be worn as a coat as seen here or alone. 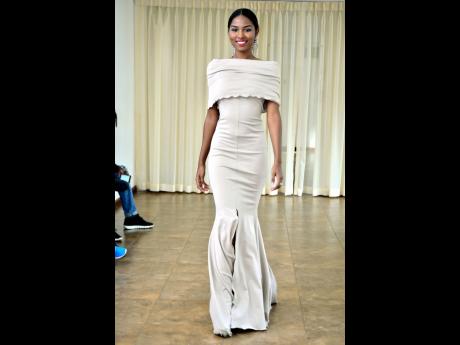 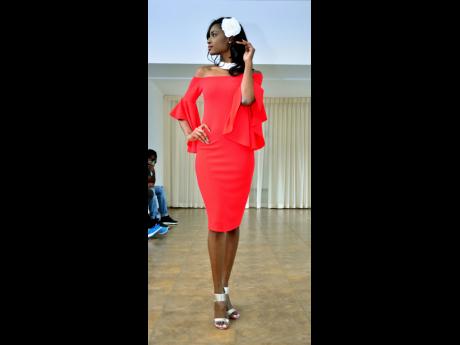 Miss Jamaica World Ashlie White Barrett made her great reveal of her fabulous wardrobe for the upcoming Miss World 2016 competition last Monday at the Devonshire at Devon House.

Barrett will be leaving Jamaica on Saturday, November 26, to represent Jamaica in Miss World on December 18 in Washington, DC. However, she took the time amid her preparations to unveil some of the outfits from her fashionable wardrobe that she will be wearing for the three weeks that she will be spending in the Capital.

The event was hosted by Bernadette McKinley Matalon representing the franchise Holder Laura Butler. She kept the programme light with her down-to-earth persona, while ensuring everything ran smoothly.

Barrett's wardrobe was filled with everything to suit her daily requirements. The wardrobe includes designs by Heather Laine with cocktail attire, daytime dresses and things from their basics collection. There were fabulous evening dresses by Courtney Washington that were featured in this year's Collection MoDA fashion show just a week ago. While her efforts were cut short due to the loss of her husband, Keneea Linton still managed to add a stunning red dress to Barrett's wardrobe.

There were also beautiful pieces provided by Bliss Bridal, Andre Shirley of Anarcy, and Sophia Max-Brown. However, Barrett's final gown that is provided by Arlene Martin of DrennaLuna will have to be seen on December 18, when the competition will be broadcast.

We can show support for our 'Miss World' Ashlie White Barrett now by downloading the app at www.missworld.com.