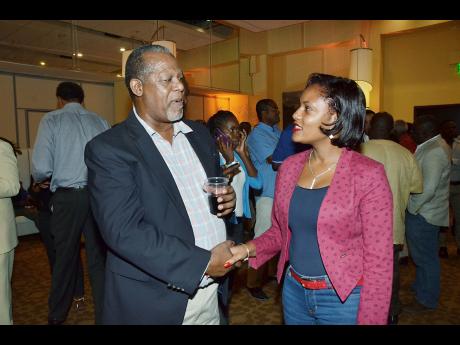 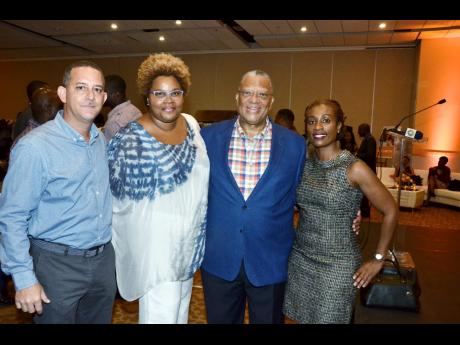 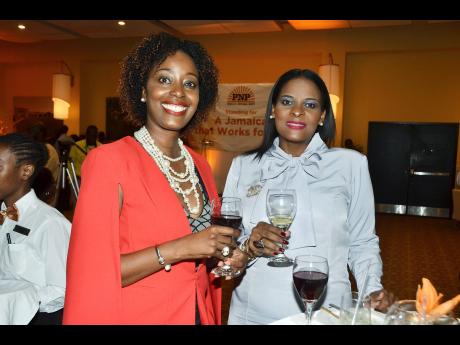 The beautiful duo of Nadine Spence (left) and Michelle Tulloch at a reception in honour of Opposition Leader Dr Peter Phillips at the Hilton Rose Hall last Thursday night. 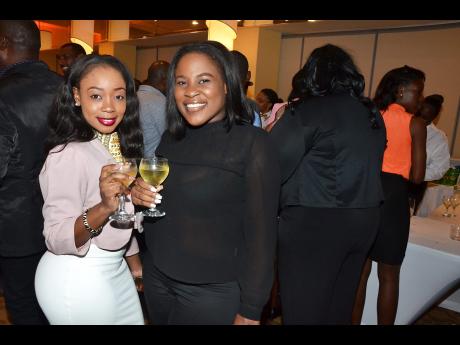 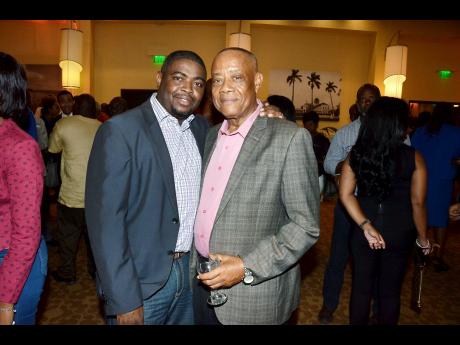 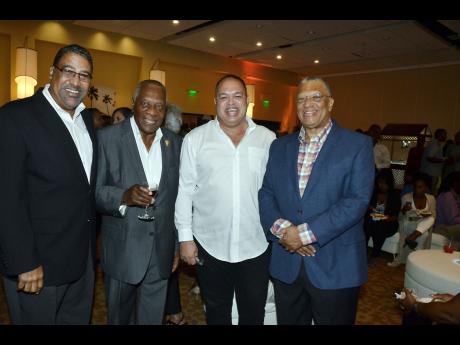 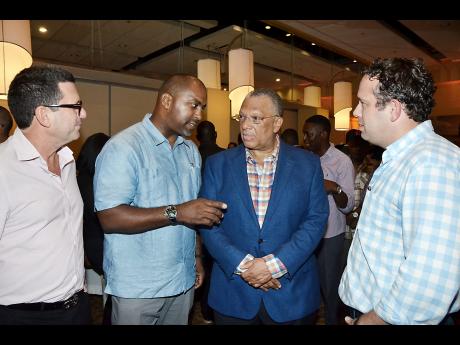 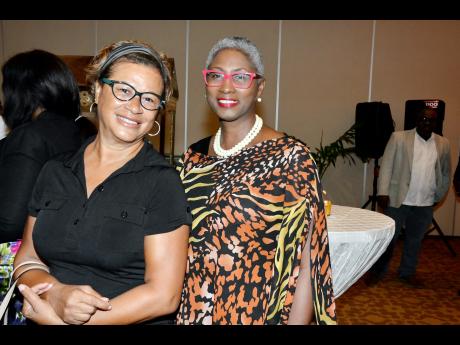 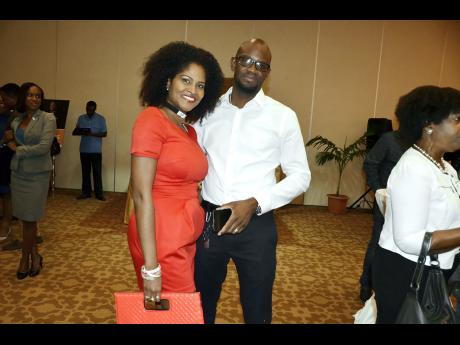 Opposition Leader Dr Peter Phillips called on the Second City, Montego Bay, last Thursday night, and the reception he received was fit for a king.

The new leader of the People's National Party (PNP) was received with open arms by a mixed group of Montego-nians, which included members of his party, Jamaica Labour Party (JLP) supporters and a curious team of persons not attached to any noticeable 'hue'.

The most amazing aspect of the evening's event held at the Hilton Rose Hall was the large turnout of young professionals anxious to meet and mingle with Phillips, who admitted that events in Kingston were not substitutes to any in Montego Bay.

Since taking on the new mantle, the PNP leader has been making the rounds, meeting with business operators and party loyalists across the country. Thursday's was one of many meetings.

In his brief message to the audience, Dr Phillips spoke of the change in leadership in his party as one of the smoothest transitions ever seen in any political party in Jamaica.

At the same time, he express-ed his intention of seeking to fulfil the mission of the founders of the PNP, by leading, "a Jamaica for all Jamaicans".