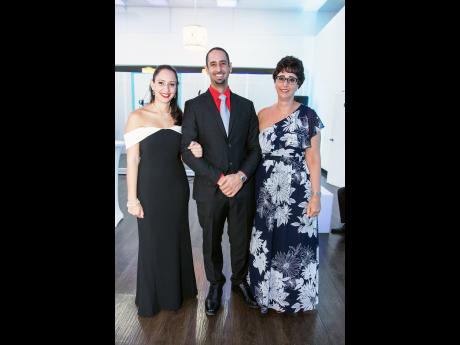 Darien Robertson
The Azan family of (from left) Christina, Jeffrey and Brigette. 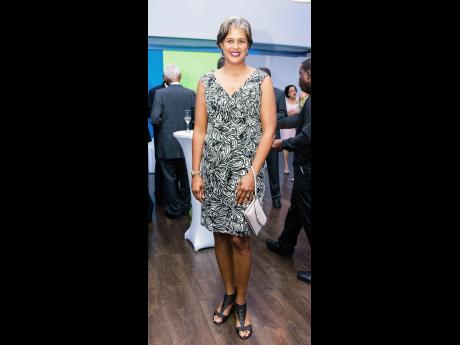 Darien Robertson
The beautiful Sarah Levy poses for our camera. 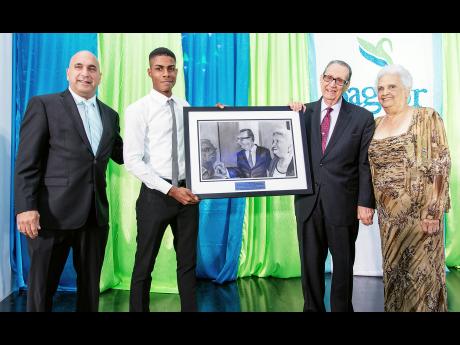 Darien Robertson
From left: President and CEO of Sagicor group Christopher Zacca (left) shares in a photo op as Kemar Williams (second left) presents Danny Williams and his beautiful wife, Shirley, with a portrait he created of them. 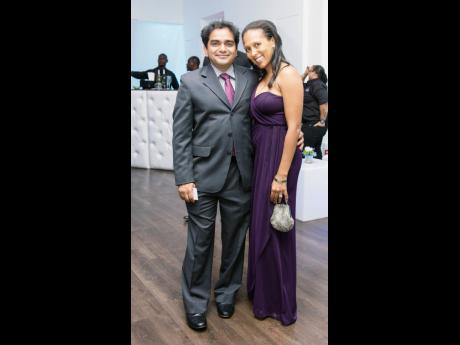 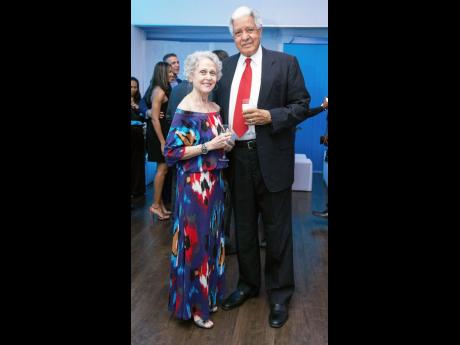 Darien Robertson
Douglas Graham and his wife, Melanie out to honour Danny Williams. 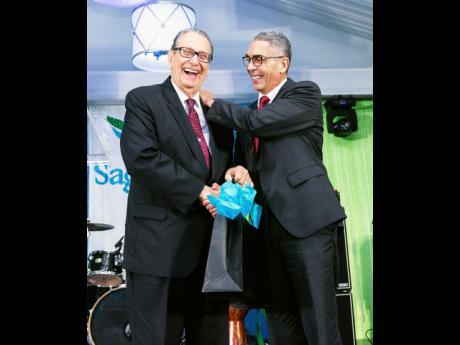 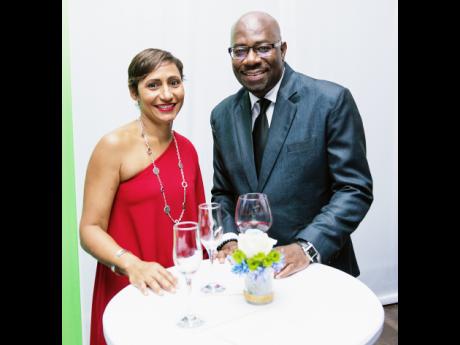 There was nothing but love in the room as former chairman of Sagicor Jamaica, R. Danny Williams, was celebrated at a dinner in his honour last Thursday night at the Spanish Court hotel in St Andrew.

The Worthington at Spanish Court was overflowing with well-wishers, friends, family members, colleagues and government officials paying homage to the man who led the institution for almost half a century. You could feel the love and adoration in the room as he entered with his wife, Shirley.

Kick-starting the formalities, incoming chairman Richard Byles gave a warm welcome and described Williams as so kind that even his corrections were said with such care that you were never offended. Director of Sagicor Financial Corporation, Marjorie Fyffe Campbell; and President and CEO of Sagicor Group Jamaica Christopher Zacca expressed similar sentiments. Zacca noted that in all his years knowing Williams, he has never heard an unkind word spoken of him.

Leader of the Opposition Dr Peter Phillips, and minister without portfolio in the Office of the Prime Minister Daryl Vaz also spoke highly of Williams.

These speeches were followed by a delicious five-course dinner during which guests were treated to entertainment by Jessica Yapp and Third World Band. The ballroom was transformed into a live concert hall. Many guests abandoned their seats and danced to the music.

The guests cooled down for the tribute from the family, delivered by Williams' son Ray. He gave a heart-warming speech about his dad, however, it was the guest of honour's gratitude that truly melted hearts. Williams thanked his wife and those with whom he has worked.

The vote of thanks was given by the charming Mike Fennell, who was also master of ceremonies and who helped to make the night complete.