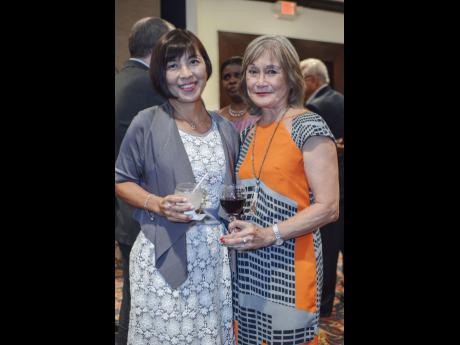 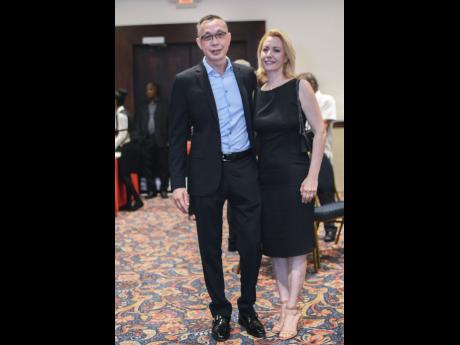 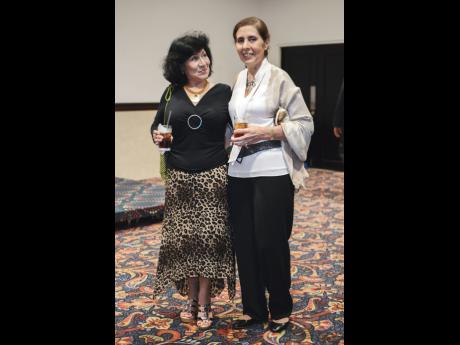 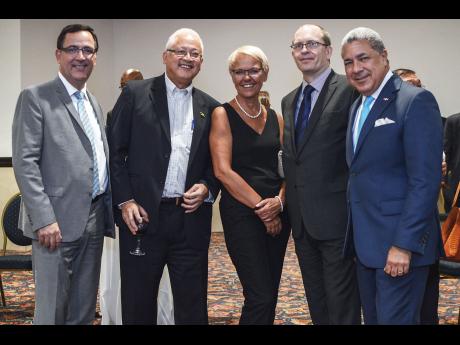 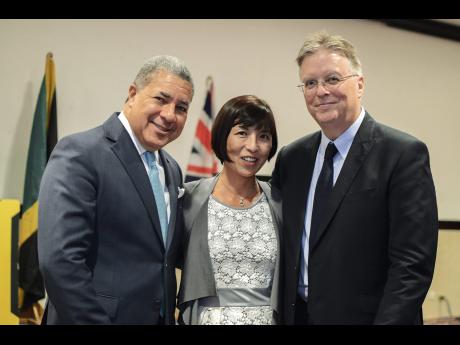 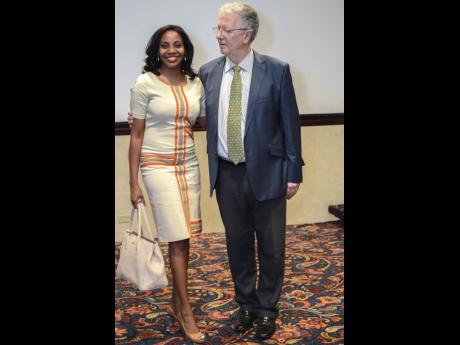 The diplomatic family, and government officials, recently bid adieu to the United States Ambassador to Jamaica. Two Wednesdays ago, they gathered at The Jamaica Pegasus hotel in a similar fashion this time to say goodbye to the British High Commissioner to Jamaica David Fitton.

Red and white wine, with the option of vodka and scotch, floated among the intimate group of well-wishers. For the formal aspect of the evening, dean of the Diplomatic Corps, Dr Jose Tomas Ares German, reiterated that saying goodbye to yet another ambassador and a dear friend was one of his most difficult tasks.

Fitton, whom German explained started his tenure as the British High Commissioner in Jamaica in June 2013, began his diplomatic journey in 1980, working in Japan, India, Turkey, and a host of other countries. He thanked Fitton for all the great work he has done in Jamaica, noting that he would be missed. In the same breathe, he expressed gratitude to the Spanish Ambassador who provided a token of appreciation to Fitton on behalf of the diplomatic corps.

Fitton made his response short and sweet, sharing that despite the standard formalities of the evening, it doesn't take away from the fact that those present took the time out of their schedules to be there.

"It's such an honour to be among friends," he added.

It was not only sad, he said to be leaving Jamaica, it was sad to be leaving everyone who had played such an important role in his diplomatic journey. But he informed everyone that before he leaves, he would be providing them with contact cards so that whenever they do pass through London, they c keep in touch.