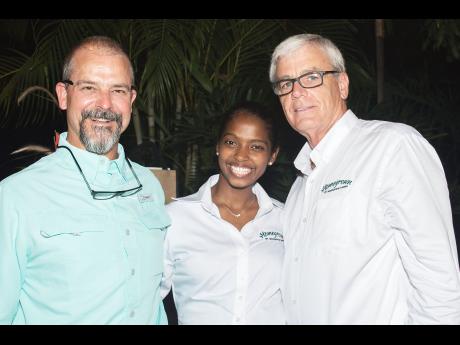 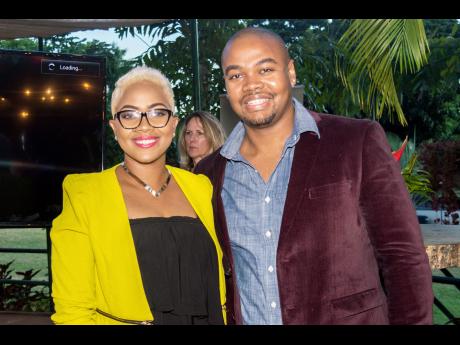 Shorn Hector
Debbie Bissoon is all smiles with Donovan Watkis. 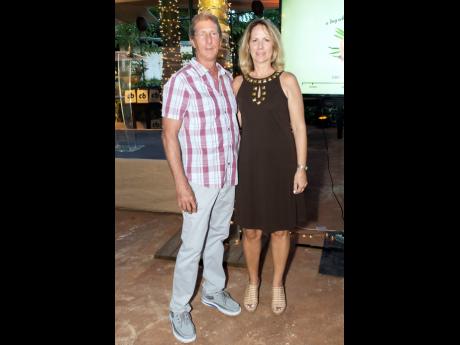 Shorn Hector
Owner of Pepperwood Jerk Centre Jeremy McConnell came out to support one of his suppliers - CB with his partner Susie Ammar. 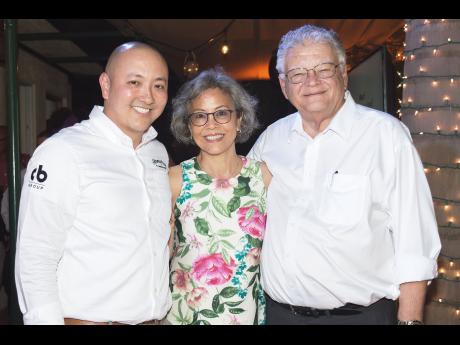 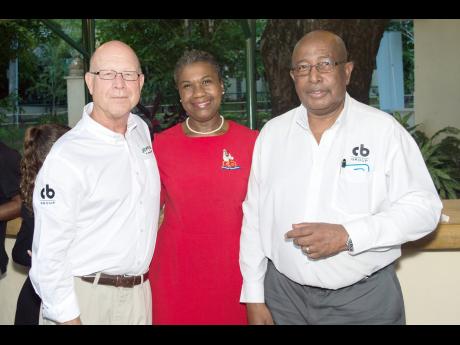 Shorn Hector
The CB family were out in their numbers. From left: Commerical Agriculturist Johnny Haer, Executive Assistant to the CEO Fay Malcolm; and Manager of Corporate Affairs Keith Amiel. 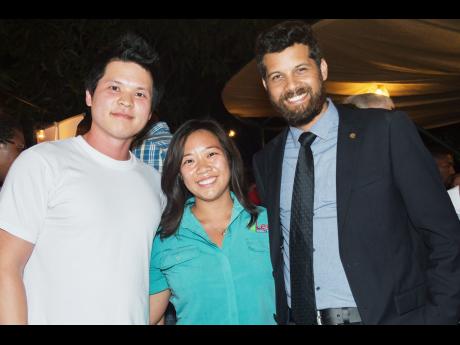 What if we could simply change how Jamaicans eat? What if more local foods were available and cost less than imports? What if the quality of foods produced here at home was among the best in the world?

These are some of the questions that led the Caribbean Broilers (CB) Group to stop imagining, but spend time doing. After much hard work and some sweat and tears, CB launched its fresh-produce division Homegrown by Imagination Farms - on Tuesday evening.

With clients and CB family members coming out in their numbers, the Circle at the Hope Zoo was filled with attendees anxious for the big news.

Showing just how the lives of Jamaicans can change, they shared a video presentation that encompassed what Home-grown will be like, and just how it would impact the country's economy in reducing the island's import bill.

Chief Operating Officer of CB Group Matthew Lyn took to the stage to share his excitement for the new venture. He admitted that the journey was bumpy, but they worked tirelessly to create a brand that would create jobs, earn foreign exchange for the country, provide food security, and protect Jamaica's natural environment.

Lyn also announced that to kick-start their brand, they would be growing and focusing on three crops onions, sweet corn, and Scotch bonnet peppers.

Creating this new brand took a lot of concentration, and determination, one Minister of Industry, Commerce, Agriculture and Fisheries Karl Samuda congratulated and expressed deep admiration for.

According to Samuda, "CB carefully planned and created the logistics necessary to reap success. I never for a moment thought that I would see the day when CB would be among the leading agricultural entities in the country. Congratulations."

Although new to the market, three local supermarkets, including Family Pride and Progressive Grocers, have already begun stocking their shelves with their produce.

At the end of the night, CB handed out goodie bags containing the fresh produce from Imagination Farms. Everyone went home with a smile, excited to experience the taste of Homegrown.