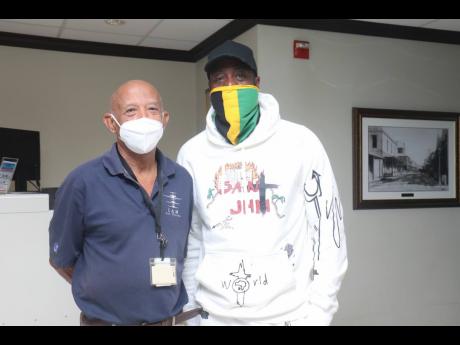 Contributed
Edward Foster (left), manager, IAM Jet Centre, and Dwyane Wade share lens time on his way off the island after spending his birthday at the exclusive Roaring Pavillion Villa in St Ann. 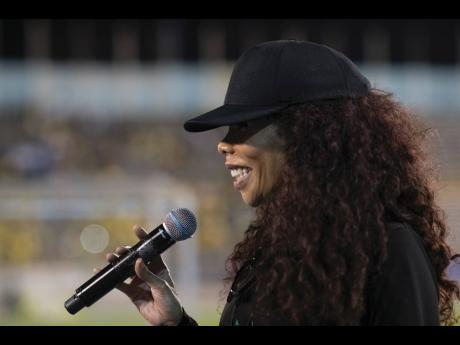 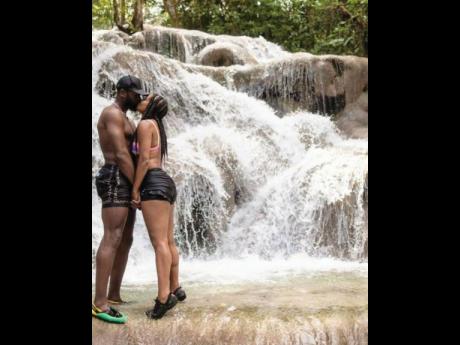 Instagram @gabunion
‘Down by the water’, Gabrielle Union tagged this cute snap of her and husband Dwyane, at Dunn’s River Falls. 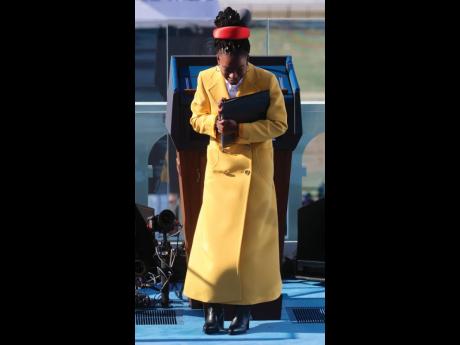 It has been a whirlwind week, filled with fun, firsts and commendations, and of course Something Extra has the highlights.

David Wilson, president of Morgan State University, a historically black university in Maryland, was so captivated by inaugural poet Amanda Gorman’s poem during President Joe Biden’s inauguration that he offered her a job – on Twitter. Wilson joined the many people lauding Gorman, 22, Wednesday after her recital of ‘The Hill We Climb’. “Ms Gorman, I need you as our poet-in-residence at the national treasure, @MorganStateU,” Wilson tweeted. “Outstanding! Consider this a job offer!”

After a jam-packed vacation on the ‘Rock’ celebrating former NBA player Dwyane Wade’s 39th birthday, Wade and wife, actress Gabrielle Union-Wade, left the island by jet on Thursday. From singing and dancing to Beenie Man on the beach (while the Who am I singer performed in live and living colour) to climbing Dunn’s River Falls, riding ATVs and horses at Chukka and recreating scenes from Bridgerton, the Wades have sure reached peak #birthdaybehaviour.

Prime Minister of Barbados Mia Mottley and Cedella Marley are among seven distinguished recipients to receive awards at the 24th annual ‘The Legacy Continues’ Gala Awards of the American Foundation for the University of the West Indies. The virtual event is scheduled for February 21. Mottley will receive The Legacy Award, while Marley will receive The Chancellor’s Award for Excellence in Global Leadership.