No worries!Much quality in next generation of female sprinters - Cuthbert 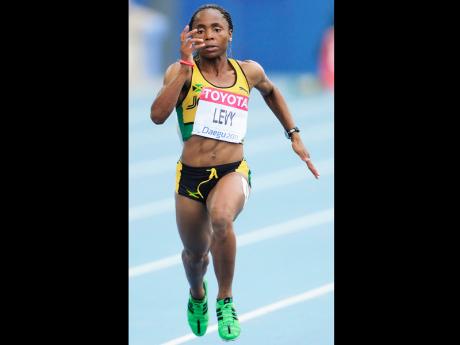 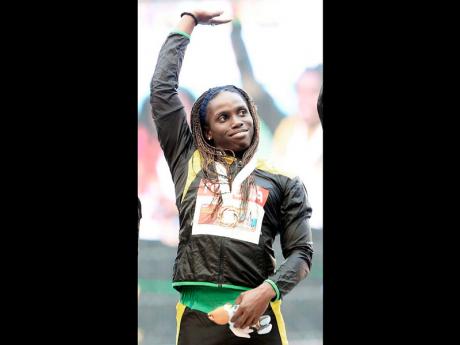 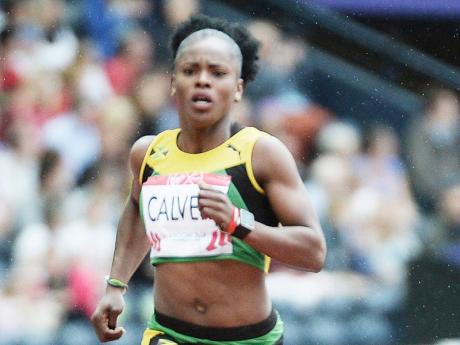 Juliet Cuthbert isn't worried about the next generation of Jamaican female sprinters. The 1992 double Olympic silver medallist says they need time before they can take over from the likes of Shelly-Ann Fraser-Pryce, Veronica Campbell-Brown (VCB), Kerron Stewart, and Sherone Simpson.

In fact, she thinks the future could be bright for Schillonie Calvert, Jura Levy and Carrie Russell.

"I'm not concerned or that worried about where we are right now because they are on the cusp of 11 seconds," she said, responding to concerns that there is no one to take over from the Big Four of Jamaican female sprinting - Fraser-Pryce, VCB, Stewart, and Simpson.

That time reference reflects the 100-metre personal-best times of Russell, Calvert and Levy. Those times are 10.98, 11.05 and 11.10 seconds, respectively

Now a respected track and field analyst, Cuthbert is hoping their best years are coming.

"Sometimes athletes don't necessarily peak until 27, 28 years old, which is when I peaked.

"I did my best times at 28," she reflected. "They still have a little time, I think, to get to learn the ropes, so to speak, on the international circuit."

Russell and Levy will both turn 24 later this year. Calvert is 26.

All three were fast junior athletes and as seniors, have tasted top-level competition as part of relay teams. Levy, a former Vere Tech star who has beaten injuries to excel at Oklahoma Baptist University, anchored Jamaica in the heats of the 4x100m at the 2011 World Championships. Calvert ran the heats at the 2012 Olympics and, like Levy, got a silver medal.

On Levy, she commented: "Lots of injuries, but still a good prospect, I think, for the future."

Last year, Russell and Calvert were key members of a team that won the Worlds in a national-record time of 41.29 seconds.

Even though MVP Track Club member Russell has struggled this year, Cuthbert said, "for sure, she has it to get to the next level".

Healthy for the first time in several seasons, Calvert reached both the 100m and 200m finals at the Commonwealth Games. Cuthbert is pleased with the progress of the Racers Track Club sprinter.

"I'm not really concerned because we have those three, and then we have some others leaving high school for college," she noted, "and I think it's good for Jamaica."

Cuthbert noted that there are others who could sprint their way into contention. Former Herbert Morrison runner Remona Burchell ran 11.03 seconds to win the National Collegiate Athletics Association (NCAA) 100m in June. The University of Technology (UTech) pair of Natasha Morrison and Elaine Thompson have times of 11.06 and 11.23, respectively.

They have been joined at UTech/MVP by Christania Williams, who won the 2014 Girls Champs Class One 100m in 11.19 seconds. In addition, Carifta 100m winner Jonielle Smith is off to Auburn University, where Bahamian sprint guru Henry Rolle is the coach.

Hubert Lawrence has scrutinised track and field since 1980.