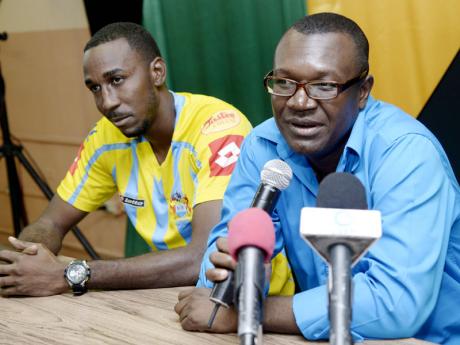 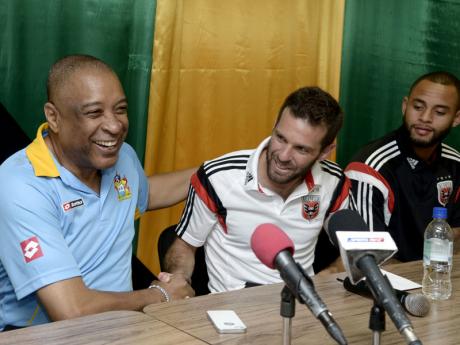 Having lost to DC United a month ago at the RFK Stadium in Washington DC, USA, the Waterhouse team is fully aware that a win would significantly increase their hopes of advancing to the quarter-final stage.

Waterhouse lead the race for the only place from the three-member group with six points from three games, followed by DC United with three from one game. Panama's Tauro, the other side in the group, are in last place without a point from two games.

However, Jamaica's lone club at this stage of the CCL will end their schedule in the group stage tonight, while DC United have two remaining games against Tauro, on September 24 at RFK and October 30 in Panama.

That simply means for Waterhouse to stay in contention they must win against DC and hope for favourable results in the MLS club's remaining games.

"It is very important for us to win the game tomorrow (today)," coach of Waterhouse, Anthony Patrick, said at a press conference at the National Stadium's Hospitality Room yesterday afternoon.

"There is nothing we can do about the fixture. We are here to play. We have a good squad of youngsters and experienced players that can win against DC," he added.

Patrick also said the game won't be easy, although it is a home fixture.

"This game tomorrow (tonight) will be a tough challenge. They beat us in the first game, so we need to win this game," Patrick emphasised.

The Waterhouse coach told The Gleaner that former St George's College and national youth star, Cardel Benbow, could make his debut for Waterhouse after signing two weeks ago.

"Its more than likely that he (Benbow) could be in the squad and play at some stage tomorrow (tonight)," Patrick told The Gleaner.

Benbow, who was in attendance at the press conference, told The Gleaner: "I would say it would be great for me to play against DC United. It would be my first game for the club after spending four months at Tampa Bay in an amateur league."

The DC United team flew into the island on Sunday and their coach, Ben Olsen, told the media that his team is here to win.

"It is good for me to be back in Jamaica, where I have played at club level and as a member of the USA team in the past.

"I'm looking forward to an entertaining match. We have a lot of respect for them (Waterhouse), as we were lucky enough win at the RFK Stadium," Olsen informed.

"We are here for a positive result as Waterhouse are leaders in the group. A draw would keep us in the competition, but we are here for a win. As a former player, I understand how tough it is to play here," Olsen said.

The American coach downplayed suggestions that his team holds the advantage as they have two games against a weak Tauro team that Waterhouse dismissed 2-1 in Panama and 4-1 at the National Stadium.

"Scheduling is not normally an easy thing to do. I don't know how CONCACAF thinks. It doesn't matter when you play, it is two away and two at home for each team," the coach said.

"We are looking to come here and get a positive result in order to move forward," Porter emphasised.

For entry to tonight's game, it will be $800 per adult and $600 for students with IDs to the grandstand section, while the Bleachers will cost $300 per person.

Tickets are available online and at the National Stadium's ticket booth.