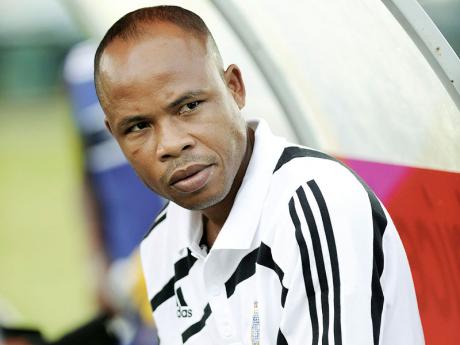 The suit was filed in the Supreme Court on September 16 by Attorney-at-Law Ransford Braham, who is being instructed by the law firm Patterson, Mair and Hamilton.

Hue is suing for breach of contract and is seeking damages for battery and negligence. He is also seeking special damages in the amount of US$10,000.

In court documents, Hue is contending that his football career has suffered because of his nine-month suspension on September 25, 2013 after testing positive for the banned drug, Dexamethesone.

Hue says after participating in the marches against Mexico and the United States in 2013, he travelled to Honduras with the national team. He further says, while there, he complained to Dr Fraser that he was fatigued and was experiencing pain in his leg because of the previous matches for the national team.

He says the team doctor injected him with a substance which later turned out to be on the World Anti-Doping Agency's (WADA) list of prohibited substances. Hue says at no time prior to him being injected with the substance was he informed by Dr Fraser that the substance was on the banned list.

He further says the doctor's decision to permit the injection was done without his informed consent which constitutes battery on the part of Dr Fraser. He said he was suspended from all football activities in July 2013 and was prevented from receiving any financial support.

In addition, he says his suspension was caused by the breach of contract by the JFF and also Dr Fraser's negligence.

He said the action of the defendants has resulted in him sustaining financial losses which were attributed to his inability to play professional football since July 2013.

Hue said in July 2013, he was in advanced discussions top El Salvadoran Association Football Club, Aguilar, for US$2,500 per month for the

He said he had to abandon pursuing the contract because of the suspension. Hue added that at the end of the contact with Aguilar, he was scheduled to return to Jamaica to represent the Harbour View Football Club, where his salary would have been $100,000 per month.

Hue said as a result of the suspension, he was unable to resume duties at Harbour View and as a consequence, he did not get a salary. He said he was forced to take a loan of US$10,000 from his father-in-law in July 2013 to cover himself and his family's basic living expenses. And Hue says as a result of the suspension, he was deprived of representing the national team during the final four qualifiers for the 2014 World Cup against Panama, Costa Rica, USA and Honduras.

He further says he lost opportunities to earn match fees and allowances for friendly matches against three countries. Hue says it is implied in his contact with the JFF that the federation could not conduct itself in a manner calculated and likely to destroy or damage the relationship and trust between employer and employee. He said in addition to employing him, the JFF employed or engaged Dr Fraser as the team doctor for the national team. He said Dr Fraser has a duty of care to all players representing the national team, not to administer or prescribe any illegal substances or any substances on the WADA ban list.

When contacted for a comment yesterday, JFF president Captain Horace Burrell said he was overseas and unaware of the matter.

"I have no idea of what is going on there because I haven't been briefed on the matter," Captain Burrell said.