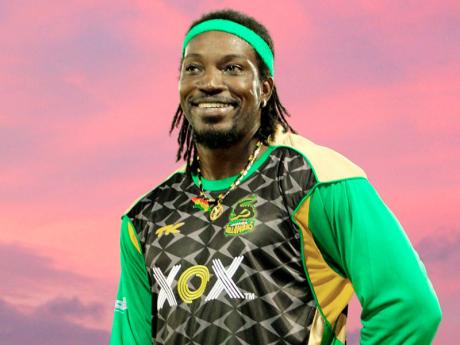 Opener Chris Gayle is expressing confidence that he will be fit and ready in time to be considered for the West Indies' upcoming Test series against India.

Gayle, who has been nursing a lower back injury in recent times, was last week left out the West Indies one-day squad for their tour of the Asian country.

The Test series, however, which features three matches, is set to follow the five-match one-day series, which is set to bowl off on October 8.

"My recovery has been coming on nicely, and I expect to be fully fit and ready in time for the Test series," said Gayle.

"The injury is the same one that has been affecting my back in recent times, but so far it has been coming on well," added Gayle. "I have been able to give it some rest and as each day progresses, it keeps getting better and better."

The explosive Gayle, who in the summer passed the 100 appearances in Test matches mark, has been struggling with the injury since the start of the year and has seen his performances take a dip as a result.

It began in the Indian Premier League in April, where after a series of low scores, he ended up with an average in the 20s.

This was followed by average returns against touring New Zealand in three Test matches in June.

Gayle scored two half-centuries in six innings at an average of 41.60 with his highest being 80 not out in the second Test.

He was not selected for the ensuing two-match Twenty20 international series against the New Zealand.

The Caribbean Premier League followed in August, however, despite scoring a century early on, he followed with less-than-ideal scores thereafter for the Jamaica Tallawahs.

Bangladesh's subsequent tour of the West Indies in August saw the 35-year-old making scores of three, 58 and six in the one-dayers, and 64 and nine not out in the first of Two Tests.

He did not participate in the second Test.